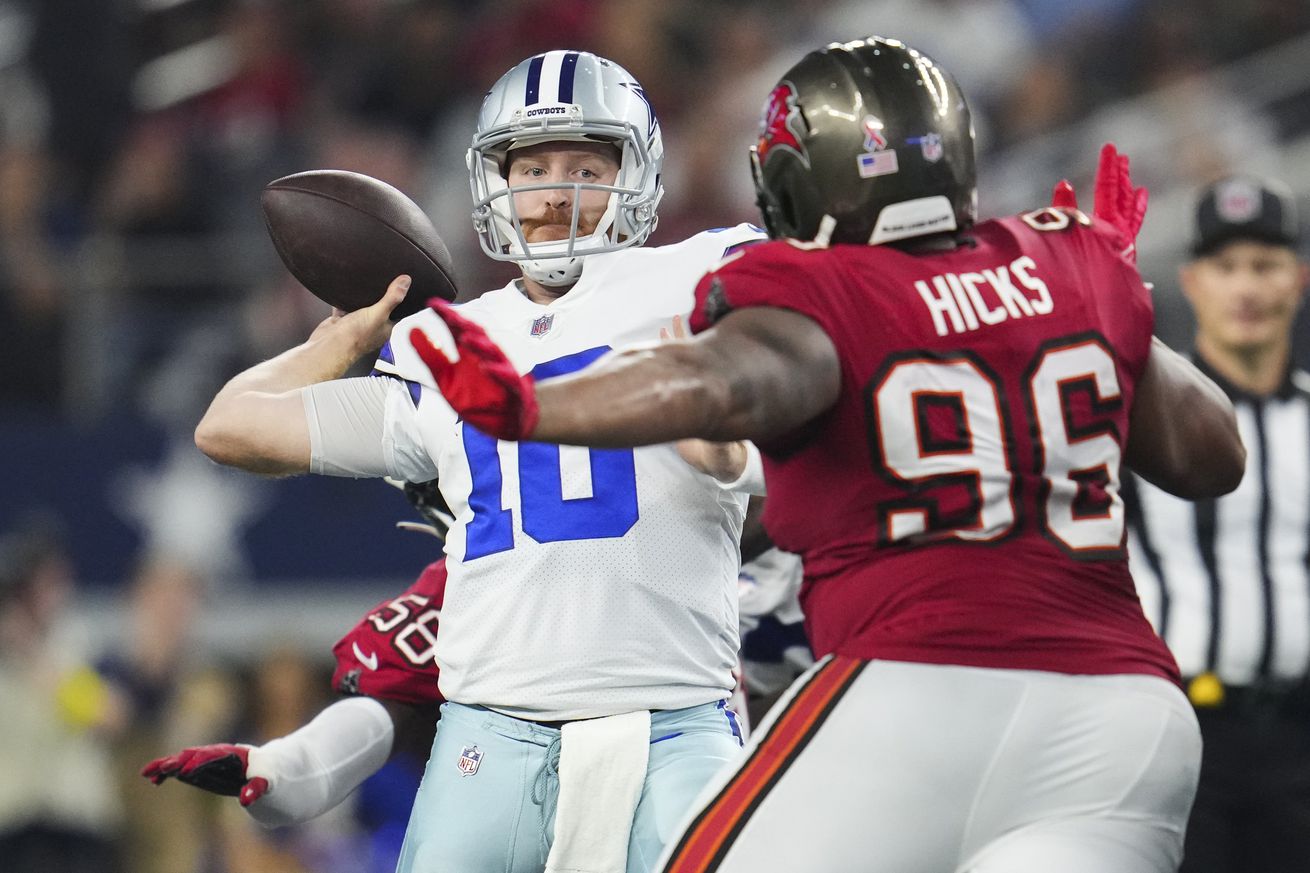 A more optimistic, but still murky, outlook for both teams.

A Thursday night tilt for the Bucs against the Baltimore Ravens means a short week, and a short week means three non-contact walk-throughs before game day. As such, these injury designations are harder to glean information from than a traditional week.

If you’re an optimist though, you might be encouraged to see Mike Evans, Ko Kieft, Shaq Mason and Julio Jones all upgraded to limited participation after logging DNP status on Monday. Akiem Hicks also logged his second consecutive limited designation after sitting out the last month, so it appears that his return will be sooner rather than later.

For players on the borderline like him and Jones, the team might just wait to get them involved in Week 9 against the Los Angeles Rams, after the mini bye, but the door remains open. The same is may likely apply to corners Carlton Davis and Sean Murphy-Bunting, both of whom remain DNPs after missing Sunday’s game against Carolina Panthers.

Among other holdouts who likely will not be available Thursday include Cameron Brate (neck), Antoine Winfield Jr. (concussion) and Russell Gage (hamstring). Luke Goedeke (foot) has also not participated this week, which might incline the team to give an extended opportunity to Nick Leverett, who played well Sunday.

Linebacker K.J. Britt did not participate on Monday and then went on injured reserve with an ankle ailment, so that will sideline him at least four games and likely thrust UDFA Olakunle Fatukasi into the primary backup spot.

On the Ravens’ side, they received some encouraging news in the secondary as cornerbacks Marlon Humphrey and Marcus Peters both logged upgrades to full participation, which bodes well for their statuses.

That said, Baltimore has some serious question marks on offense with star tight end Mark Andrews and left tackle Ronnie Staley logging back-to-back DNPs. Receiver Rashod Bateman was also re-added to the injury report as a DNP after aggravating his foot, which caused him to miss multiple games earlier this year.