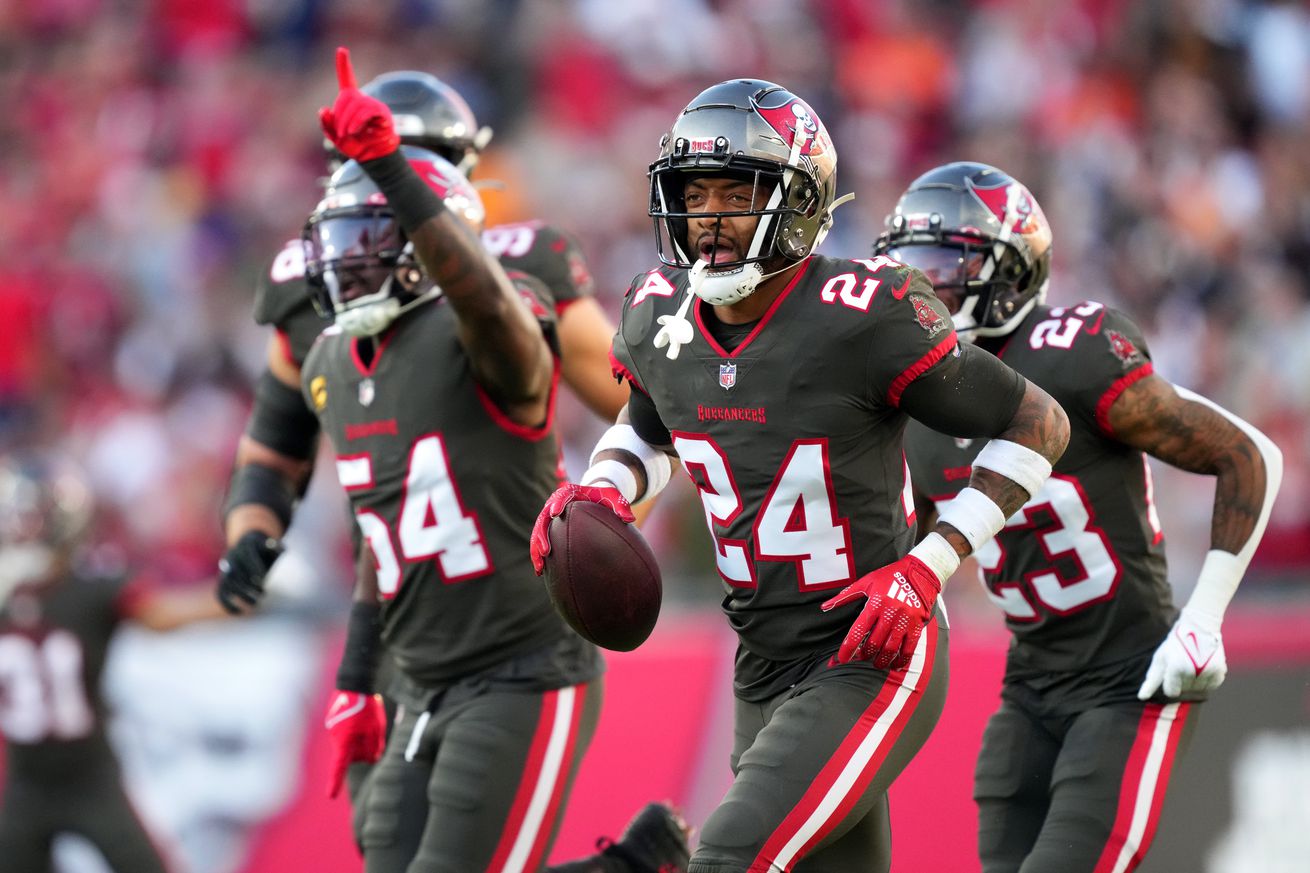 For the second straight day, Carlton Davis did not participate in practice, putting his status for Sunday in jeopardy. Davis has been outstanding the last two weeks and his presence would certainly be missed if he can’t play in a game that can clinch the division for the Bucs this weekend.

Anthony Nelson – who missed Wednesday’s practice due to illness – and Cade Otton – who was limited with a quadriceps injury – were both upgraded to full participants on Thursday while the rest of the Bucs injury report stayed mostly the same. Tom Brady was listed as a did not participate, but it was a veteran rest day and not due to any injuries.

For the Panthers, they had Shi Smith (foot) upgraded from limited to full while Stephen Sullivan (ankle) was downgraded from full to limited. They also added defensive end Marquis Haynes (ankle) to the injury report as a limited participant.

The big name is, of course, Jaycee Horn who has missed both practices this week with a broken wrist. Head coach Steve Wilks has already ruled Horn out this weekend following his wrist surgery, so the Bucs’ receivers will be able to line up without the Panthers’ best corner on the field all game. Mike Evans had 96 of Tom Brady’s 290 passing yards in their first meeting, but had that brutal drop for what would have been a 60+ yard touchdown early in the game. Now, both players have a chance for a re-do this week.

You can view the entire injury report below;

The Bucs and Panthers will kickoff at Raymond James Stadium at 1:00 p.m. ET with the game being broadcast on FOX. Kevin Burkhardt, Greg Olsen, and Erin Andrews will be on the call.