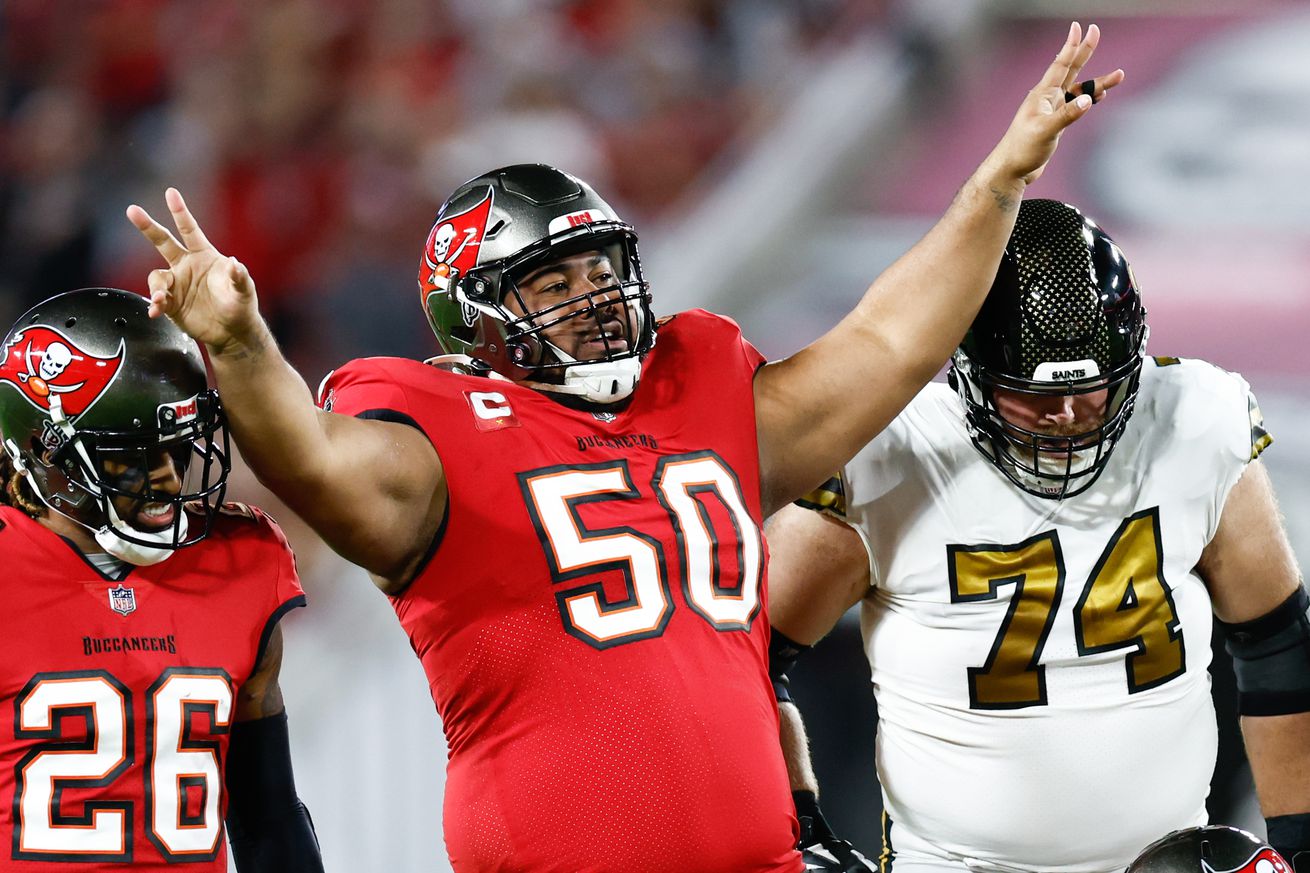 The Bucs are in rough shape – and that goes beyond their play on Sundays. Right now, they’re dealing with some difficult injuries to some of their most important players. On Wednesday, they saw a host of guys miss practice due to their ailments.

Jamel Dean (toe), Julio Jones (knee), Carl Nassib (pectoral), Vita Vea (calf), and Tristan Wirfs (ankle) were all held out. Head coach Todd Bowles has already said that Wirfs and Vea are unlikely to play this weekend. Dean was spotted wearing a walking boot at the facility on Wednesday as he deals with his toe injury while Nassib is a new addition to the list.

Some good news, Antoine Winfield Jr. (ankle), Mike Edwards (hamstring), Joe Tryon-Shoyinka (hip), and Genard Avery (abdomen/oblique) were all limited while Sean Murphy-Bunting (quad) was a full participant and appears to be on track to play after missing the last two games.

The Bengals might even be more beat up than the Bucs, especially after Tee Higgins (hamstring) and Tyler Boyd (finger) played a combined one snap on Sunday against the Cleveland Browns. Both were limited on Wednesday while other key players were not as fortunate.

Be sure to keep an eye on these names as we move through the week and we will keep you updated with more injury news leading up to the game on Sunday.

The Bucs and Bengals will kickoff at 4:25 p.m. ET inside Raymond James Stadium. The game will be broadcast on CBS with Jim Nantz, Tony Romo, and Tracy Wolfson on the call.