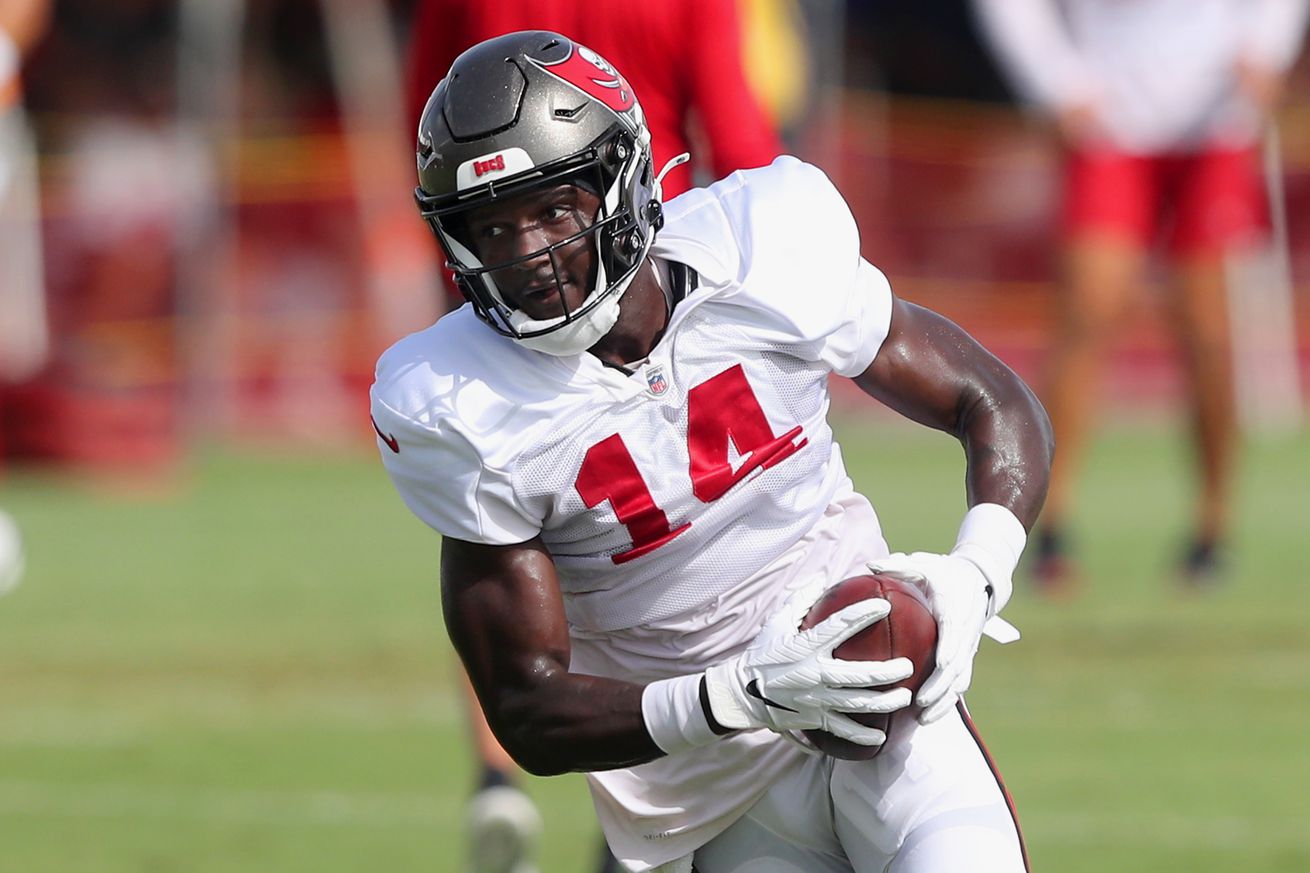 After being a full participant Wednesday, Chris Godwin did not practice Thursday

The hope of Chris Godwin playing on Sunday was diminished a bit on Thursday when it was announced that he didn’t participate in practice. Now, Godwin has been a full participant as of late but while still wearing a non-contact jersey. That didn’t necessarily mean he was on track to play against the Dallas Cowboys, but that he was generality close to returning early in the season.

The Bucs still have plenty of wide receiver depth without Godwin for this week as Russell Gage has returned to practice and Julio Jones has been very vocal about his excitement for the season.

In addition to Godwin being out, Mike Edwards was added to the injury report from Wednesday, listed with an illness. Julio Jones was back after a veteran day off and was a full participant while Russell Gage, Giovani Bernard, and Logan Ryan were all limited. Zyon McCollum was the only player besides Godwin that didn’t participate.

Some good news is that Tristan Wirfs was upgraded to a full participant after having dealt with an oblique strain.

For the Cowboys, the new addition was Dak Prescott who was limited with an ankle injury while Michael Gallup (knee) and Jordan Lewis (hamstring) remained limited.

The Bucs and Cowboys will be the featured week one game on NBC’s Sunday Night Football, kicking off at 8:20 p.m. ET with Mike Tirico, Cris Collins worth, and Melissa Stark on the call