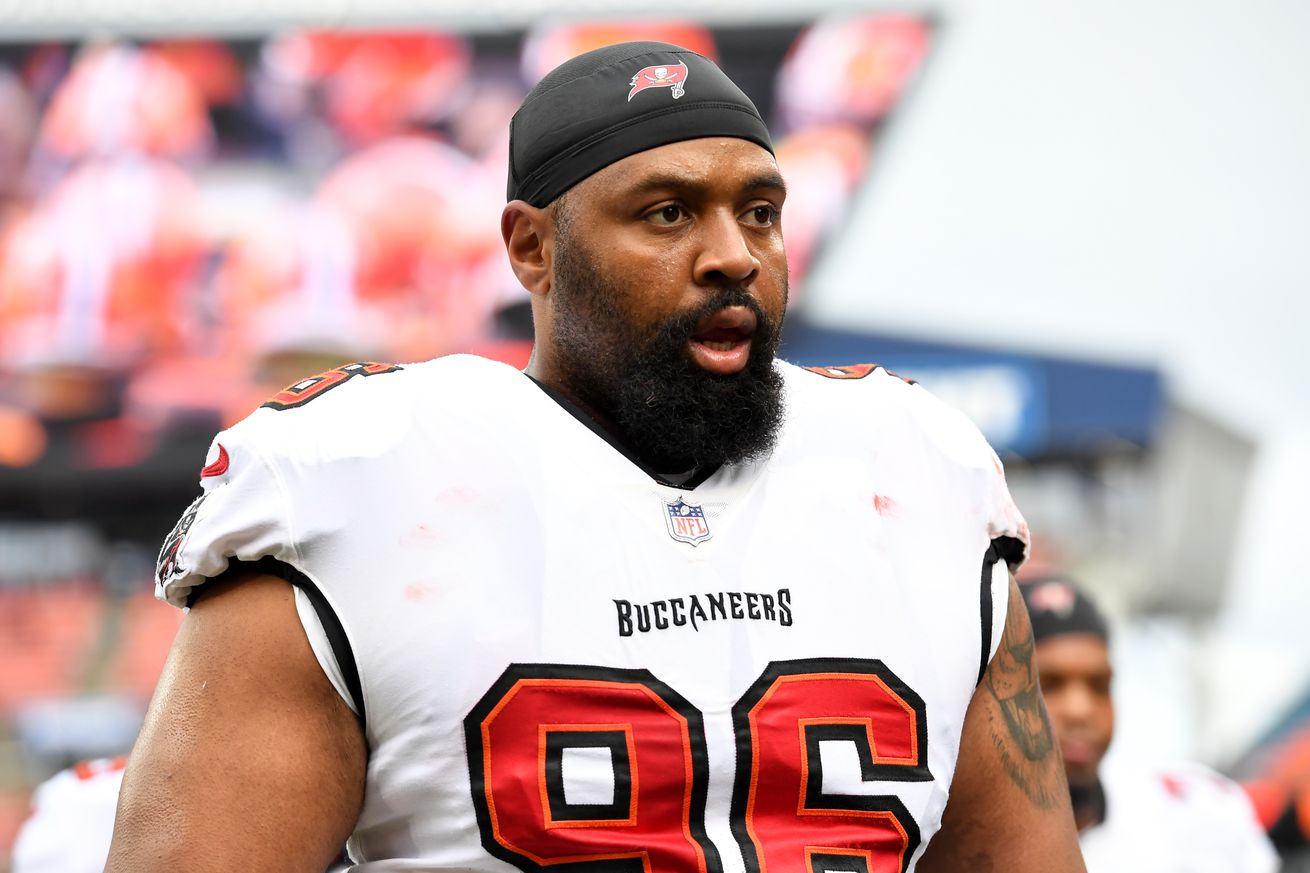 Brate, Edwards, Hicks, and Winfield did not participate in practice on Friday

The Tampa Bay Bucs and New Orleans Saints released updated injury reports on Friday for their Monday night clash at Raymond James. Four Bucs, and eight Saints, did not participate for the second practice in a row. But a new addition to the Bucs injury report, Akiem Hicks, causes concern for an already depleted defensive unit.

Hicks, who has missed nearly two months of the season already, sat out Friday’s practice with the same foot injury he has battled all year. The team will monitor his progress on Saturday, and Sunday, to determine if he’ll be able to go on Monday night. Tight end Cameron Brate (illness), tackle Tristan Wirfs (ankle), and safeties Mike Edwards (hamstring), and Antoine Winfield Jr. (ankle) all missed their second consecutive practice.

Wirfs will miss the next three to four weeks, and Brate, Edwards, and Winfield, are certainly questionable for Monday’s game. Fortunately for the Bucs, cornerback Sean Murphy-Bunting, and safety Logan Ryan have been able to practice, and look likely to be able to play on Monday.

The Saints had eight players miss practice on for the second consecutive day on Friday. Six of those players are on the defensive side of the ball. Safeties J.T. Grey (hamstring), P.J. Williams (knee), along with cornerback Bradley Roby (concussion), all missed practice on Friday. Defensive linemen Malcolm Roach (illness), Kentavius Street (illness), and Payton Turner (ankle) also missed their second practice in a row.

Monday night’s game kicks off at 8:15 PM ET and is being broadcast on ESPN.