Ten free agents the Buccaneers could still sign this offseason 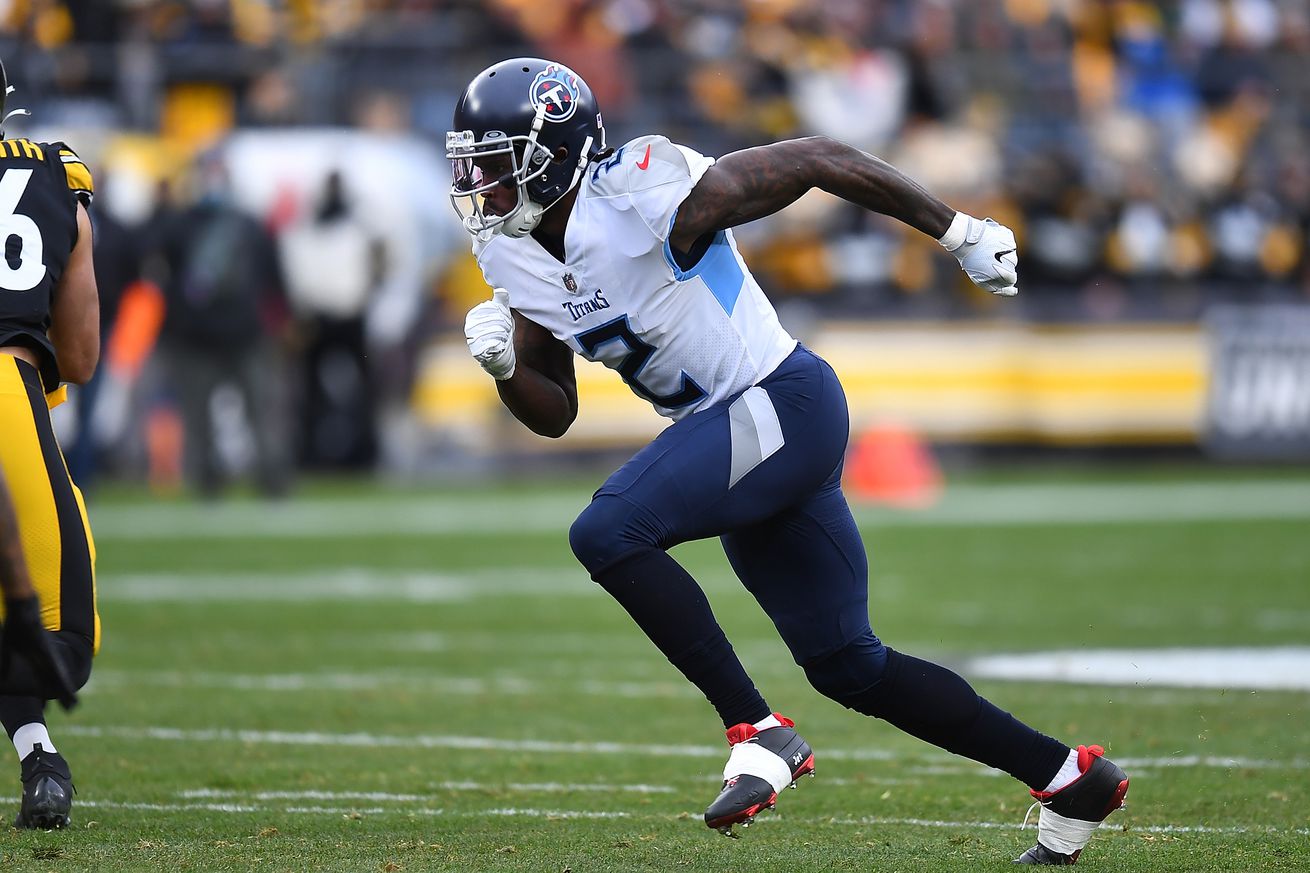 Will the Bucs look to add more talent?

With the signing of Akiem Hicks, the Bucs have added another important piece to their team as they look to return to the superbowl in 2022. However, the Bucs could still use depth at certain position groups to continue to bolster their roster in case of injuries that might occur throughout the season. What are some potential options that they could bring in? Let’s take a look at my list of possible players.

Julio Jones is not the same receiver he once was. The 33 year old seven-time pro bowler and two-time all-pro played for the Tennessee Titans last season after getting shipped away from his career team the Atlanta Falcons, and overall things were rough in his lone season in Tennessee. Jones would start only 10 games due to injuries and would post only 434 receiving yards and one TD over the course of those 10 games. Injuries would remain a concern were he to sign with the Tampa Bay Bucs, but there is reason to believe that if Jones were to be the third or fourth receiver on the depth chart, things would be better regarding his overall health with fewer snaps played. There are rumors Brady had reached out to Jones this offseason and Jones would be a great depth addition to an already solid Bucs receiving room for talent and leadership purposes so it isn’t crazy to see Jones possibly joining the Bucs IF and it’s a big IF he is willing to take a MASSIVE pay cut and a reduced role in an effort to win a Superbowl, something he has yet to do in his career.

T.Y. Hilton is another receiver that struggled with injuries this past season and in many years before last season, Hilton hasn’t played a full season of games since 2016, and has struggled mightily with injuries throughout the second half of his career. Now 32 years old, Hilton could do with a similar situation that was suggested for Julio Jones, playing less snaps on a reduced role to preserve health, but also having to take less money to be on a competitive team. Hilton would be another player who would add incredible depth and leadership to the Bucs receiving room and has a good amount of connections with the Bucs coaching staff. Playing with Tom Brady is also always an alluring prospect despite the rivalry the Colts have had in the past with Tom Brady and the Patriots.

David Johnson has an extensive history with Bruce Arians. An Arians draft pick back in 2015, Johnson has had an up and down career since his early days in Arizona and has struggled with injuries his last days in Arizona and in his two seasons with the Houston Texans. Johnson could be looking for a fresh start and there is no better place than Tampa Bay in my opinion. The coaching that he knows who loves him is here, and it is another situation of Johnson being able to have a depth-type role to conserve himself health-wise. Johnson would provide good depth behind Leonard Fournette, Rachaad White, and Giovani Bernard and could fill a lot of different roles on the offense if you needed him to. Now that BA has a role in the Bucs front office, maybe he pulls the trigger on bringing in a player that he has called his favorite draft pick ever in the past.

This offseason the Bucs traded for former Patriots offensive lineman Shaq Mason to bolster their starting unit and give them one of the best starting guards in the NFL. Why not bring in another former Patriots offensive lineman in Cameron Fleming as a possible depth piece to continue the trend? Fleming spent his first four years in the NFL with the patriots winning two super bowls before moving on to spend two years in Dallas as a fringe starter, one with the giants as a full time starter, and one in Denver as a fringe starter as well. Having Fleming as a backup right tackle would do wonders for the Bucs offensive line and really help solidify a unit that has added some fantastic starting pieces already. Also having another mentor for Tristan Wirfs couldn’t hurt at all and I don’t think it would cost too much to get Fleming into the building.

Similar things can be said for the next player on this list, Marcus Cannon. A three time superbowl champion, Cannon was a starter multiple times for the patriots in his 9 years with the team and was a starter for the Houston Texans last year before suffering a serious back injury that ended his year after 4 games. Now at 34 years old Cannon could take the retirement route but if he is healthy and able to play at a high level, why not go for one more superbowl run with the Bucs as the backup to Tristan Wirfs?

Sheldon Richardson is a big man on the Defensive line. Coming in at 6’3, 290 pounds, Richardson has a history with the Bucs already as he was a first-round pick and played for current Bucs head coach Todd Bowles during their time together with the Jets. Since his first four years in New York, Richardson has been a bit of a mercenary bouncing around to Seattle, Minnesota, Cleveland for two years, and then back to Minnesota last season in all places being a full time starter for the team. Richardson could easily be a starter for the Bucs if you want to bring in Logan Hall as a rotational pass rusher in his rookie season but could also be a backup to Hall as well to help bring some more run defense to the Bucs front seven throughout the year. This one makes a good amount of sense and I could see the Bucs giving Richardson a good bit of change if they really wanted to bring him in.

Speaking of versatility, let’s talk about Jamie Collins, former inside linebacker for the New England Patriots, the Cleveland Browns, the Detroit Lions, and then the Patriots again this past season. Collins can do it all; he can stop the Run, defend the pass, and sack the Quarterback as well all things he has been able to showcase in his career. The Bucs have yet to re-sign Kevin Minter as of the recording of this video and could use a third linebacker and I think Collins would be a fantastic fit. I could see Collins being used as a swiss army knife type role for the defense in a similar way to what we are already seeing with Devin White. At this point in his career at the age of 32, Collins shouldn’t cost too much money and would provide phenomenal depth for the Bucs at the linebacker position this upcoming season.

Speaking of former New England Patriots, let’s talk about Trey Flowers. Flowers was a fantastic EDGE rusher for the Patriots in his last three seasons with the team and put up similar production in his 1st year with the Lions before injuries began to take their tole in Flowers’ last two years in Detroit. Flowers was released by the Lions in March and could look to rebound with the Bucs after two injury- filled seasons. Flowers would be a fantastic addition to an EDGE group that has not seen any additions this offseason and is still possibly looking for another veteran after the departure of Jason Pierre Paul. Flowers would fit in right away on the Bucs defense and could look to jumpstart his career again once more at the age of 28. Flowers could easily be the starter if you would like to continue to develop Joe Tryon-Shoyinka or be brought in as a fringe starter as well who would still be able to contribute in massive ways for the Bucs.

Finally we have a familiar face for Bucs fans in Carl Nassib, a player who spent two seasons with the Browns, before being traded to the Bucs where he had two breakout seasons, before landing with the Raiders where things weren’t as good. Nassib is a free agent now and could look to join his old team and reprise his former role as a very solid rotational player for the Bucs front seven. Nassib would provide both decent run stopping ability and a good amount of pass rushing ability to give the Bucs pass rush even more potency. Nassib shouldn’t cost too much either as he is looking to rebound at this point in his career and may be looking to give a discount to the team that helped him breakout in the first place.