Tom Brady could be even better for the Bucs this season 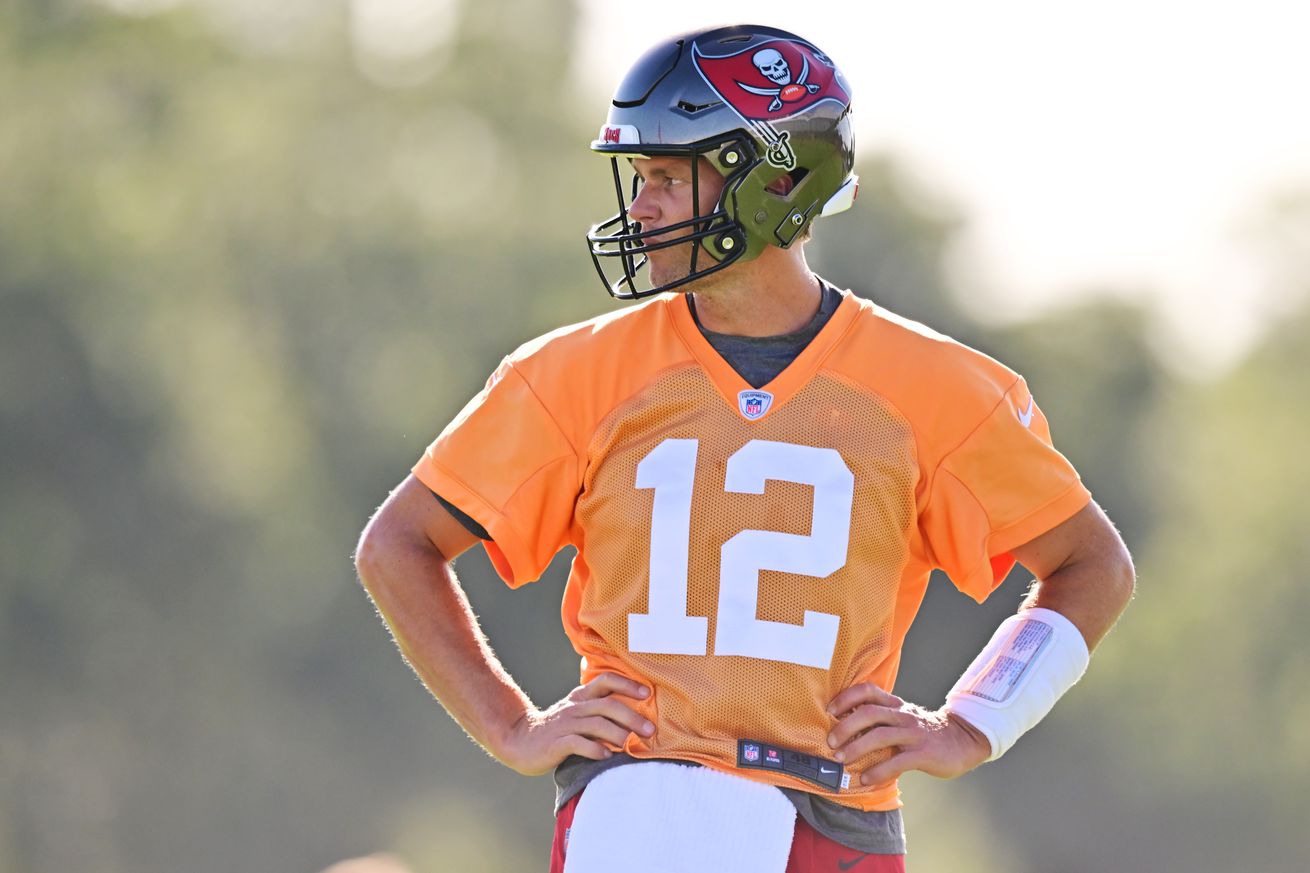 TB12 has been fantastic during his first two years in Tampa, but is the best yet to come?

When Tom Brady signed with the Bucs in 2020, expectations were of course very high and for good reason, but one could argue that Brady has so far exceeded expectation with his on field play but is it possible that 2022 could be Brady’s best in Bucs uniform? Indeed it is.

Coming into this training camp, this is now Brady’s third year in the Bucs offensive system. Despite Bruce Arians retiring, offensive coordinator Byron Leftwich is back and the offense will not change much at all. Brady even admitted that mid way through his first season in Tampa he was still struggling to call plays. Now with more reps under his belt, Brady is fully comfortable in this offense now.

Now let’s get into the pieces around him. Ever since he arrived in Tampa, Brady has been able to play with elite talents like Mike Evans and Chris Godwin, but he also recruited his buddy Rob Gronkowski out of retirement and convinced the Bucs to take a chance on Antonio Brown. While Evans and Godwin remain, Gronkowski is now retired again and Brown was released by the team late last season after he essentially quit on the team. With those two pieces gone, others will have to step up.

The Bucs were active in the offseason, signing wide receiver Russell Gage to a three year contract, they also recently signed veteran tight end Kyle Rudolph and just added former pro bowl receiver Julio Jones. With the addition of Jones, Tampa Bay’s receiver depth has never been better and Brady will only benefit from that.

The last thing is more of a mentality aspect and it is what Brady has thrived off of for years. He loves proving people wrong and he always seems hungry to be better and better every year. The way the 2021 season ended with the heartbreaking loss to the Rams is enough motivation alone to improve in 2022.

While the Bucs lost some pieces in the offense, they did a pretty good job at replacing those losses with players who like Brady, want to prove to the NFL that they still have it.

With a new set of elite weapons, more comfortability in the offense and a ton of motivation, 2022 could be Tom Brady’s best in a Bucs jersey as Tampa Bay looks to get back to the Super Bowl and regain the Lombardi Trophy.