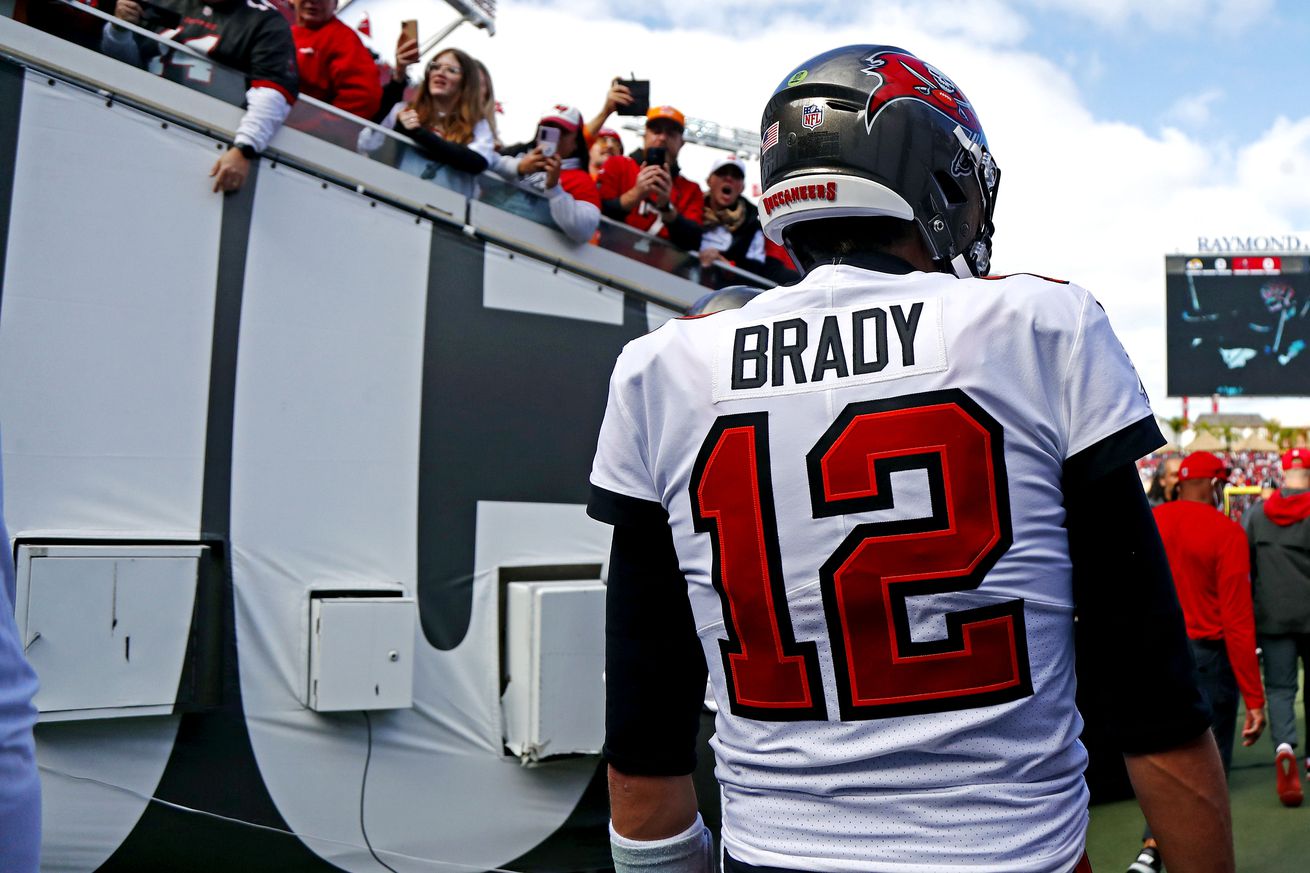 Like many NFL players, Brady has looked past his playing days to see what will be next for his life

For the 44-year-old, seven time Super Bowl champion Tom Brady, his playing days will eventually come to an end. At some point, he won’t command a huddle or take one more snap from center. Of course, Brady still has his ten year deal as a color commentator for the NFL on FOX— but there’s plenty more Brady is involved with beyond anything football related.

For starters, he has his TB12 Brand of clothing, supplements, workouts, and diet. No one can question Brady’s dedication to his health, nutrition, and physical health. He and his personal trainer Alex Guerrero have made available the TB12 Method book of workouts and diet to help other people get started – or maintain – their physical health the same way Brady has.

As stated on the TB12 Method website, part of their mission is “A lifetime of wins & losses; research & experimentation; relentless determination to never settle; and results that are impossible to deny.” In 2004, Tom met Alex Guererro, now one of his dearest friends, Body Coach, and Co-Founder of TB12. Alex provided a fresh perspective on how to break that destructive cycle of pain and injury. Addressing Tom’s shoulder injury, they developed the foundation of what they would later call “muscle pliability.”

There are five pillars of the TB12 Method that are explained in detail through their book and website. But that venture isn’t enough to keep Brady busy.

Earlier this year, Brady officially launched an athletic clothing line called Brady Brand where he worked for years with designers and experts to create a line of clothing for athletes to feel mobile, comfortable, and fashionable. From shorts, t-shirts, and hoodies to golf attire and underwear that good buddy Rob Gronkowski called “the most comfortable” pair he’s ever worn.

While prices are a bit steep – ranging from $20 for a pair of underwear to $75 for a shirt to $95 for golf shirts – those will evolve along with the brand as things move forward. It’s not that long ago that brands like Under Armour or Nike were that high on the price scale – and in some aspects, still are – for similar products.

BRADY™ is the first technical apparel brand to apply two decades of pro sports level innovation and engineering to create a system of clothing that performs across every activity.

With over 3 years in development, our fabrics and materials fuse natural elements with cutting-edge technology. Designed with the body in mind. Built to move, breathe, and sweat while you compete, live and recover.

Created to inspire you to be your best, because whatever you do, life is a sport. We call our philosophy Lifeletics™.

Bringing together their collective experience in sports, design and manufacturing. BRADY™ is founded by Tom Brady, Jens Grede and Dao-Yi Chow.

And if all of that wasn’t enough, Brady is also currently producing his first movie titled “Eighty For Brady,” starring Jane Fonda, Lily Tomlin, and Sally Field about a group of friends that travel to watch Tom Brady play in Super Bowl LI. Brady co-founded Religion Of Sports production company and plans on continuing to work behind the scenes on documentaries and movies moving forward after his playing days.

Many players have looked to different entrepreneurial ventures for the post playing career, but Brady seems to be on track to take it to another level. Between clothing, nutrition, entertainment, and whatever else he has cooked up that we don’t even know about yet, Brady is set to make his mark in as many different ventures as possible.

Anthony Nelson on Making an Impact This Season | Press Conference

Anthony Nelson on Making an Impact This Season | Press Conference