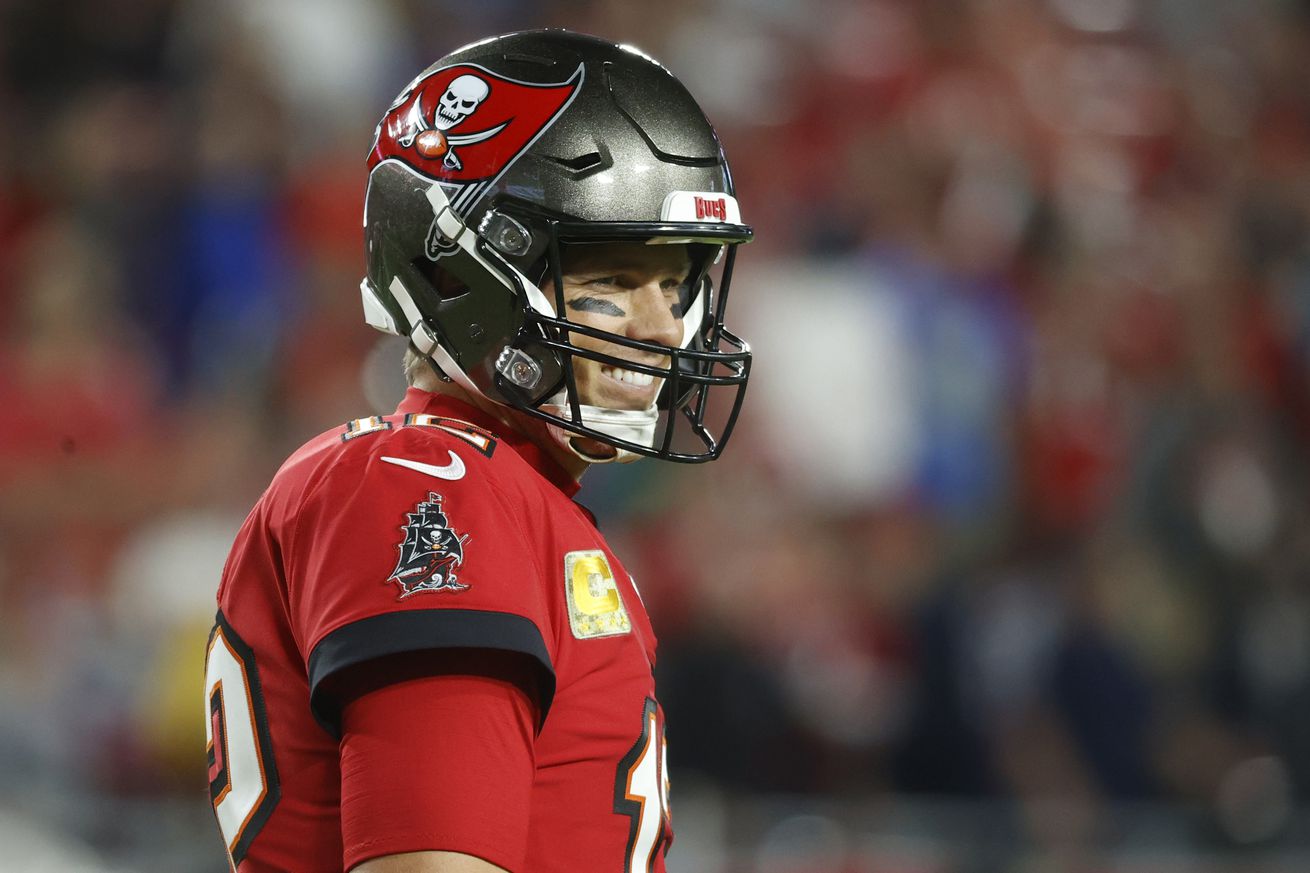 Could the future Hall of Fame quarterback be recruiting another offensive weapon?

Bucs quarterback Tom Brady doesn’t shy away from posting videos online that causes the hype needle to rise or that stir up rumors.

The future Hall of Famer shared a video on Twitter of a workout on the field at the UCLA campus throwing footballs to his former New England Patriots teammate Julian Edelman.

Edelman, who retired from football last offseason due to knee issues, responded to Brady’s tweet asking how his knee looked running the routes in the short, yet previously recorded, clip below.

The former Patriots receiver stated last year that he was a one-team guy when asked if he would be joining Brady in Tampa Bay, but also making it clear he felt his knees just couldn’t hold up anymore and was content with leaving the game.

“My knees breaking down, I’m not gonna sit here, you know, I got everything I wanted,” Edelman explained. “I got three rings, played in a magical dynasty, with an unbelievable franchise coach, best quarterback of all- time, like, yo, I’m not a greedy guy. I played to win, I played to compete, I don’t need anything else to prove. I’m good with what I did, I left it all out on the field.”

Despite what Edelman expressed last season, Brady looked back at the camera at the end of the video with a grin that has left folks wondering if there is something being worked on behind the scenes.

Is @Edelman11 making a comeback?? I sure hope so!! https://t.co/FSuUhWltIV

The hype — and troll— machine is real, no matter how old the video is.

Bucs News From Around the Web WTSP

Bucs News From Around the Web WTSP

May 20, 2022 admin
Buccaneers Video Bucs News From Around the Web