Vita Vea embracing the leadership role on the Buccaneers defense 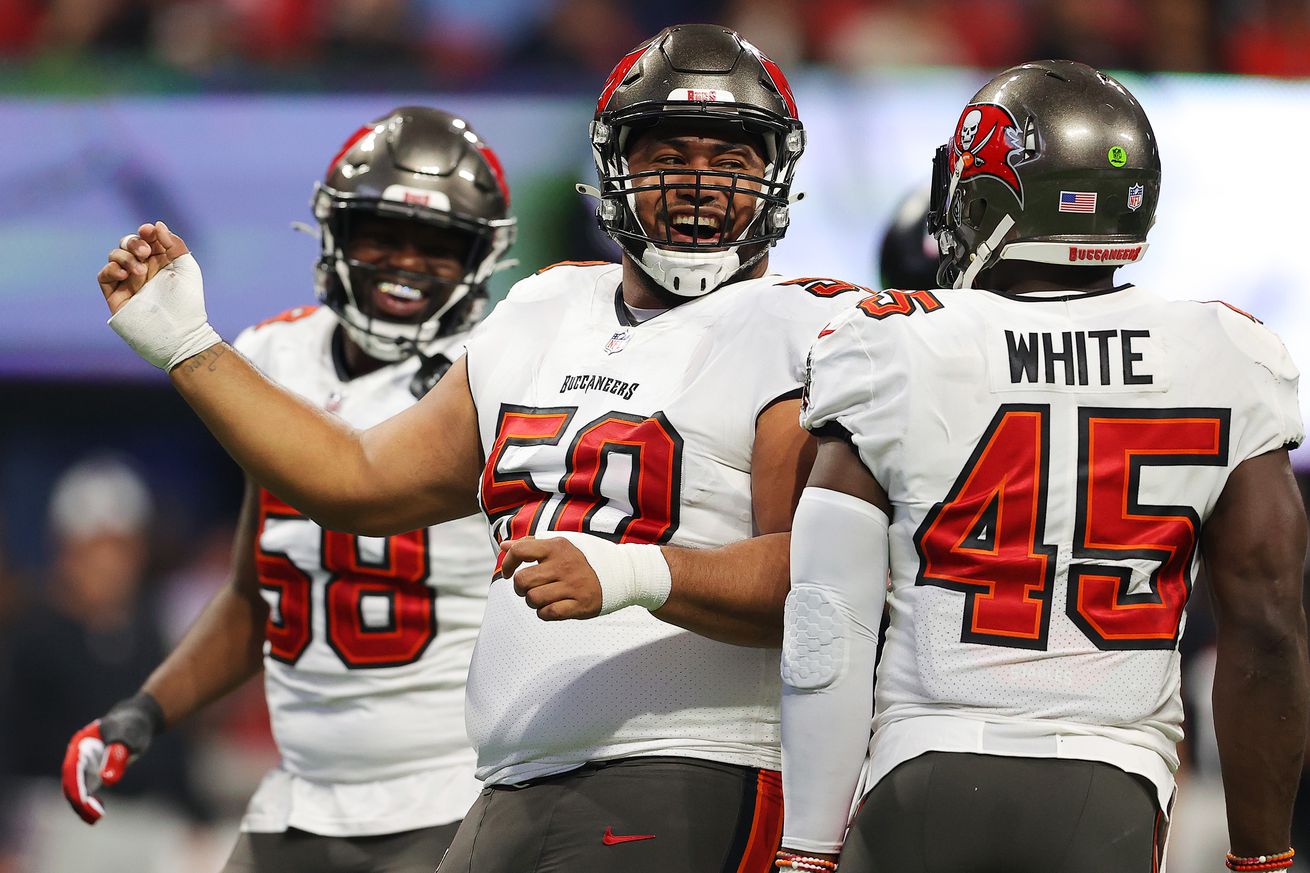 The veteran tackle talks about leading the defensive front.

Bucs defensive tackle Vita Vea has been known as the cog that anchors the center of their defensive line. His role and play on the field opens up opportunities for those around him which leads to a productive defensive front.

Now entering his fifth season, Vea has not only taken on the role a player that is crucial to the defensive line’s success but is also ready to be one of the leaders on defense.

“I feel pretty comfortable with it,” Vea told the media Tuesday. “We’ve got some other guys in our group that are older than me that also play that [leadership] position, so I don’t think it’s all on me. I think as a collective group, we all do a good job working together and taking that leadership role when there needs to be leadership. I think that’s the best thing about us because we all call each other out on our BS, so it works out for us.”

The 2018 first round pick speaks like a true leader, putting others before him as he credits his teammates for their leadership roles, too. Like him, head coach Todd Bowles echoes the 27-year-old’s almost identically, saying that there are many leaders along the defensive front.

“We’re looking for leaders all the time – it doesn’t matter the position,” Bowles said. “You don’t even have to be a starter to lead. Obviously, ‘Nacho’ (Rakeem Nunez-Roches) is a good leader, as well. So, it can come from any position. Leadership is individually and collectively – we’ll have one or we’ll have a couple.”

During Tampa Bay’s glorious years under Tony Dungy, there were many leaders that became household names during that era. No one can compare to that defense so we’re not about to go there. But like then, the current defense of the Bucs can have many leaders.

And it all may start up front with the big man — like it also did once before.