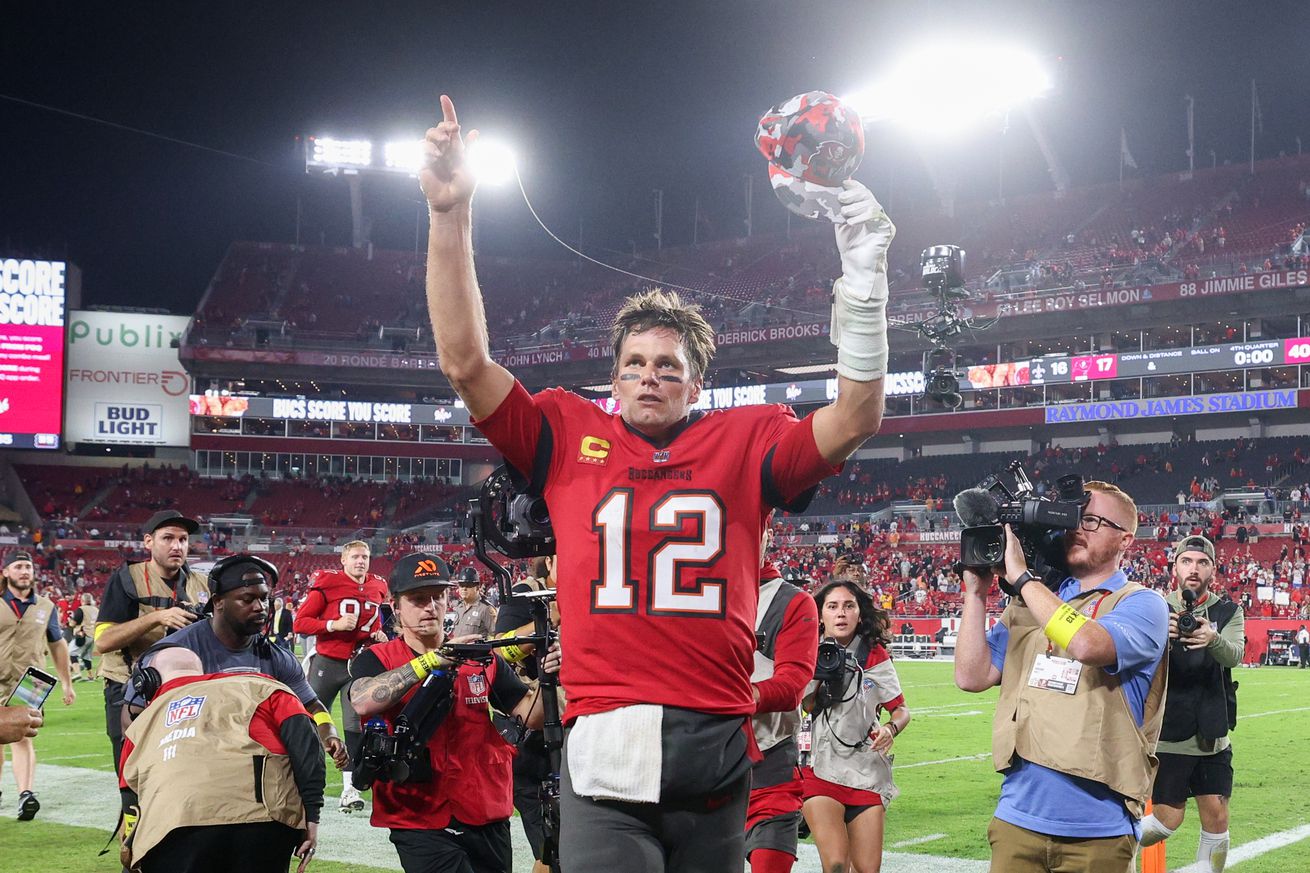 Welcome to the stretch run ladies and gentlemen.

The Tampa Bay Bucs began December football under the lights in Raymond James Stadium against the New Orleans Saints. The largest, most oversized, thorn in the Bucs’ side, during the Tom Brady era, dragged their Fleur De Lis to Tampa. Tom Brady had never beaten the Saints in Tampa and with colossal divisional ramifications hanging in the balance Monday Night Football seemed as good a time as any, luckily for the Tuesday mornings of Bucs’ fans, the team agreed. Tampa Bay, even amidst early, mid, and late-game struggles, pulled out an improbable victory to cement themselves as the leaders in the NFC South.

Any time Tampa takes the field there are certain expectations of the team’s players and the team as a whole. Reality can sometimes be a sobering slap in the face or a warm reaffirming graceful pat on the back, here’s:

Lavonte David- The Bucs linebacker has been the consummate professional every season he’s been in a Bucs uniform. The Saints first drive was a Lavonte David invitational. David started the drive with a run-stuff against the talented Alvin Kamara and ended the drive with a third down sack of Andy Dalton. The Bucs have been lucky, for over a decade, to have David in their locker room and wearing their jersey. David’s entire performance was noteworthy with a team-leading 10 tackles, multiple tackles for a loss and a sack.

The Tampa Bay Bucs’ Run Defense- Alvin Kamara is as versatile and as high tier a running back as the NFL has to offer. Against Tampa, Kamara has had some sensational performances however, tonight Tampa Bay was elite against Kamara holding him under 2.5 yards per carry and to under 30 yards rushing.

Jamel Dean- In a very surprising outing Jamel Dean was not himself. *Edit* Jamel Dean was not his 2022 self. Jamel Dean looked much more like the Jamel Dean of old. After coming up with some big turnovers against the Saints in their first matchup Dean was picked on and victimized at times tonight. While he was far from the weakest link on the defense, Dean’s performance came in under the expectations he has established for himself this season.

Red Zone Offense- Tampa Bay’s offense has made Ryan Succop look like a superstar. The kicker has had a fantastic tenure in Tampa Bay, stabilizing a position of grave concern up until his arrival in the ‘Sunshine State.’ In 2022, Succop has been set up for success with the extensive amount of possessions where Tampa Bay drives the length of field only to stall deep in opponent territory, leaving Ryan Succop to clean up the offense’s mess with a short field goal. He is making over five percent more of his kicks in 2022 than he was able to convert on last season and accounted for all of Tampa Bay’s first half points. Outside of the Tom Brady heroics in the final minutes of games, the Bucs red zone offense has been a hindering weakness of the team in 2022.

Josh Wells- Big shoes to fill in this game for Josh Wells. Stepping in for Tristan Wirfs on Monday Night Football against the notorious pass rush of the New Orleans Saints. The Saints have been as disruptive a front as any for Tampa Bay’s offense, even at their best. For Josh Wells to be called into action in a big spot and not be noticeably holding the team back is a credit to him. He has gotten a decent amount of playing time over the last few seasons and it seems he is now better for it. Against the Saints pass rush the Bucs surrendered just a single sack.

Shot plays- The Bucs’ offense has been stationary and immobilized all season. To their credit, even facing early inefficiency, Tampa Bay showed a willingness to at least try and take the shots down the field that 2020’s offense incorporated so well. Tom Brady’s early deep balls were not precise, missing Scotty Miller and Julio Jones for two potential touchdowns in one drive. The Bucs’ offense hasn’t done much other than frustrate in 2022, at least making the effort to be more explosive is a step in the right direction.

Tom Brady- Once again, the G.O.A.T. G.O.A.T.-ed. When the Bucs defense bowed their backs and gave Tom Brady one last chance to save the day, the surge of energy in the stadium was palpable. In the fourth quarter, Tom Brady tossed, two rookies, touchdown passes and delivered another memorable moment in the clutch for Bucs’ fans to savor.

In what has to be a shocker, the Bucs, even if only briefly, awoke from their season’s slumber to win a very meaningful and important game. Tampa Bay has not lived up to any of the hype associated with the team, roster, or expectations in 2022, but as the season plays out expectations have to change and adjust. The Bucs are locked in a tight race for the division lead of the worst division in football, all they can do is stay in their lane and handle their business. Tonight the Tampa Bay Bucs went out, in primetime, and handled business against a division rival, nabbing a win that will likely prove crucial in a heavily contested playoff race that may come down to tiebreakers to secure a division crown.