What Cordarrelle Patterson’s deal means for the Buccaneers 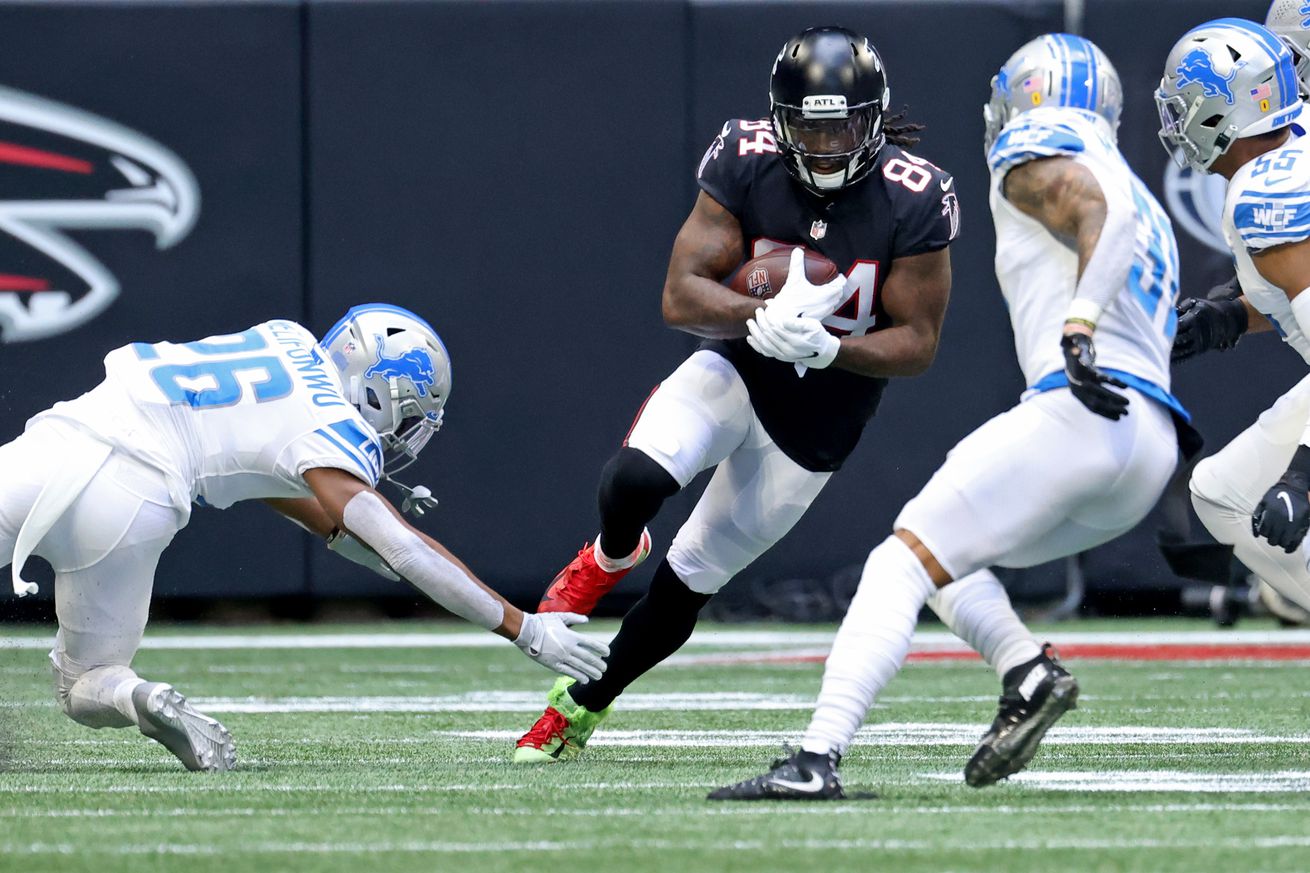 Cordarrelle Patterson was a problem for NFL defenses across the board last season, not just against the Bucs. Coming off arguably the best season of his career, Patterson agreed to terms to return to Atlanta with a two year, $10.5 million dollar deal (guaranteed money and terms not yet disclosed). Yet, somehow, he may have helped the Bucs with his deal to stay in Atlanta.

The Bucs are currently sitting with Ke’Shawn Vaughn as their running back with Ronald Jones, Gio Bernard, and Leonard Fournette all free agents. Fournette, who appeared to post his goodbye to Tampa on Instagram before deleting it after Tom Brady announced his return, took to Twitter over the weekend to post his thoughts on the process;

I know what I want it’s going to take time but I also believe for these last 2 years I’ve played like a top 5 back, so I’m just trusting God and enjoying this time grinding and with my family………..

Wanting and getting may be two different things for Playoff Lenny. No question he established himself as the Bucs’ top running back in all situations. In fourteen games with the Bucs, Fournette ran for 812 yards and eight touchdowns on 180 carries while adding another 454 receiving yards and two touchdowns on 69 receptions. 249 total touches, 1,266 yards, and ten touchdowns. Pretty, pretty good.

However, that may not get him the pay day he was searching for.

Patterson, by comparison, had 1,166 total yards and eleven touchdowns on 205 total touches.

With comparable touches, yards, and touchdowns, Fournette may find himself in the same pay range as Patterson which is still a bit off from the top ten paid running backs in the NFL. You can make the argument that Patterson is an “offensive weapon” and not a running back, but you can’t argue the production and usage being nearly identical between the two.

If Fournette wants to be paid like a top five running back, it won’t be with Tampa Bay. The Bucs aren’t about to shell out over $12.5 million per year for Lenny, which is what it would take to place him in the top five. That fifth highest paid back that is set to make $12.5 million in 2022? Tennessee Titans’ monster Derrick Henry.

The tenth highest paid running back in the NFL is New York Giants’ Saquon Barkley, who is being shopped and the Giants likely stuck with part of his $7.8 million dollar salary. Fournette made just $3.25 million in 2021, so he’s certainly in line for a slight raise but it seems unlikely that a team would offer him enough to crack the top ten among his position.

Fournette can continue to take his time, but the window to return to the Bucs and Tom Brady might close before he makes a decision. While Brady might be in his ear to return and make another run, Fournette is running out of time to maximize his earning potential. He got his ring, now he may be out to get as much money as he can the rest of the way. If so, best of luck to him. Running backs especially have a short shelf life and should maximize their earning potential whenever possible.

Now, Fournette is taking a free agent visit with the New England Patriots on Monday, but it seems even more far-fetched that he’ll find the kind of money he’s looking for there when they already have three running backs under contract that will be used by committee throughout the season – as the Patriots typically do.

The Patriots are hosting free agent RB Leonard Fournette on a visit today, per source.

That said, another one year deal with Tampa in the $5-5.5 million range – like Patterson just received – should be more than enough to entice Playoff Lenny to come back and make one more run. The Bucs could then focus on drafting one more running back in next month’s NFL Draft to pair with him as a reunion with Ronald Jones seems all but guaranteed not to happen.