What does Shaq Mason bring to the Buccaneers? 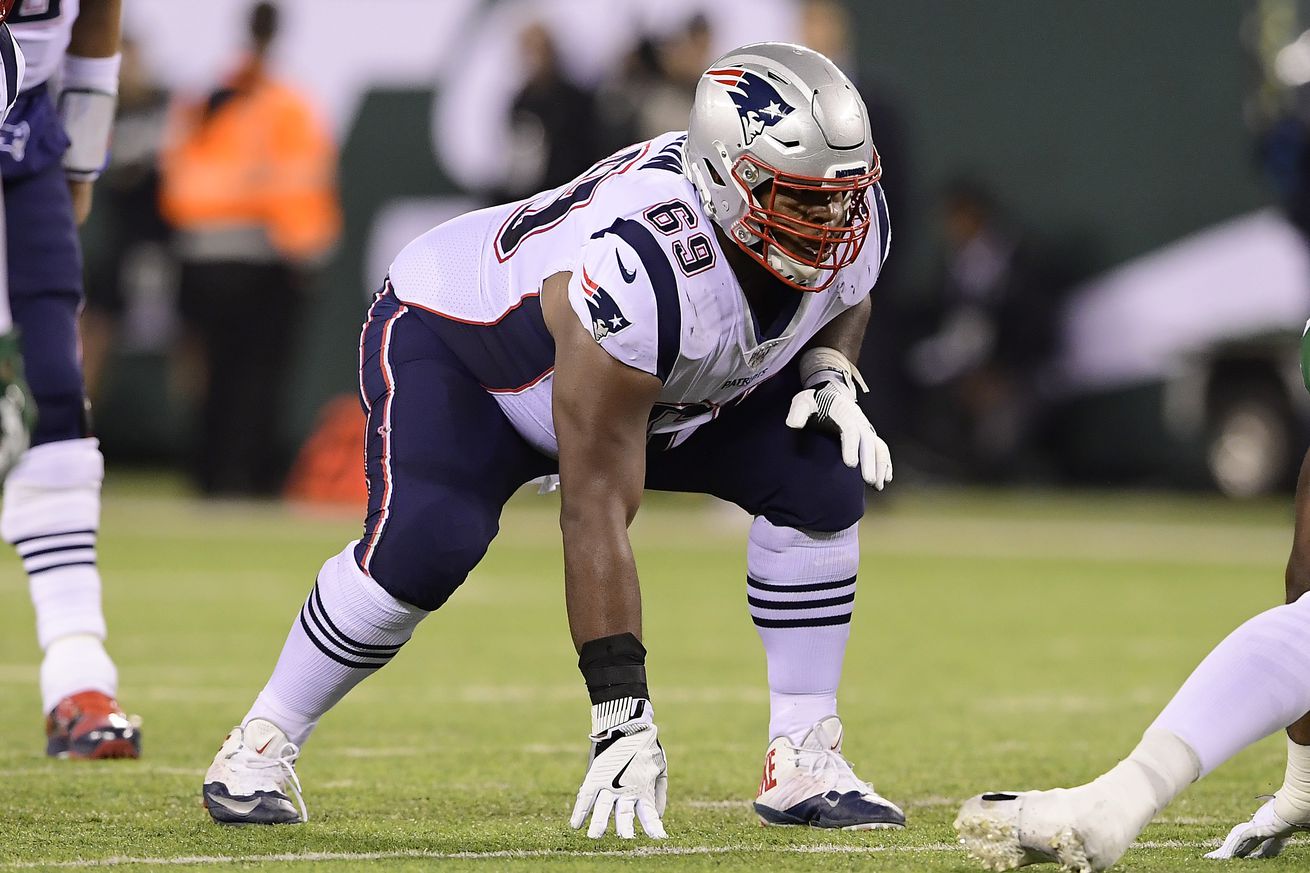 Tampa Bay acquired a high-quality player for a 5th round pick last week.

Arguably the biggest topic of Bucs-related discussion this offseason outside of Tom Brady’s retirement has been what the team is going to do about the offensive line.

One of the best units in the league the last two seasons saw major upheaval with the retirement of Pro Bowler Ali Marpet and the free agent status of both center Ryan Jensen and guard Alex Cappa. With the team’s bevy of other needs, bringing back the latter two seemed near-impossible.

Brady’s return also saw Jensen re-up on a new 3-year deal, which secured a locker room leader and top-5 center in the game. Cappa, who was solid and dependable, did leave for the Cincinnati Bengals, however. Both guard spots remained wide open, leaving questions abound until GM Jason Licht pulled off one of the biggest stunners of this young offseason.

For just a late fifth round pick, Licht brought aboard New England Patriots fixture Shaq Mason to man the right guard spot. Widely considered a fleece by Licht and a puzzling transaction for the offensive line-needy Patriots, the Bucs once again have a top-tier interior protector to keep Brady – who will be in his age 45 season – shielded from harm.

Let’s dig into what this acquisition means for Tampa, and why it might be the most important one when it’s all said and done.

New England selected Mason in the fourth round of the 2015 NFL Draft. A slightly raw but promising prospect out of Georgia Tech, Mason took over full-time starting duties in 2016. He quickly evolved into one of the best players at his position as a stalwart protector of Tom Brady. He played a critical part in New England’s dominant late 2010s run that included three consecutive Super Bowls (all of which he started).

The 28-year-old’s 103 regular season games played are tied for the fifth-most by a guard since he entered the league in 2015, which speaks well to his impressive durability and reliable nature.

Mason will likely play out the remainder of a 5-year deal worth $45 million, which he signed in 2019.

With two years left, his cap hit will be just $7.4 million this year and $8.5 million in 2023, which are both top 10 contract values at guard league-wide but still a bargain compared to his talent level.

The Bucs would likely be receptive to extending him further if he plays well this season, both as a way to secure the position long-term and create a more flexible cap situation in the future.

What Does He Bring on the Field

Now the most important question: Is this guy any good?

The answer is a resounding yes. Mason has established himself as an elite talent at the position for the last seven years and he has shown no signs of slowing down. He came into the league as a plus athlete, and he’s maintained that reputation while refining his technique and football I.Q.

Shaq Mason posted a top tier #RAS when he came out for #Patriots as well. pic.twitter.com/2RmGCtSkPo

Here are Mason’s final overall grades from Pro Football Focus during his time with New England:

That’s consistency right there, folks. His cumulative grade of 89.0 since 2017 is fifth-best among all guards with a minimum of 2,000 snaps as well.

He’ll be just 29 when the 2022 season kicks off, so the Bucs have reason to feel good about Mason being their answer at right guard for the foreseeable future. When it comes down to it, Mason is actually a significant upgrade over Cappa.

The Patriots ran a lot of similar blocking concepts to Tampa – namely gap/power and some outside zone – so Mason’s transition to the offense should be fairly seamless from an Xs and Os perspective. It’ll be more about building chemistry with Jensen and right tackle Tristan Wirfs to ensure good communication and understanding of assignments. Mason’s also been one of the best lineman in the league when it comes to executing double teams and handing stunts and other defensive line games, which Cappa consistently struggled with during his time in the Bay.

As a player, Mason wins with top-tier hand usage and violent strength. He will fit right in next to Jensen as a tone-setter who loves mixing it up in the trenches and piledriving opposing defenders. He does well to control his aggression, however, as he stays balanced through contact and climbs to the second level with patience. He takes strong angles, too, which minimizes the number of overran blocks.

In pass protection, he’s got excellent posture with good instincts and mirroring ability. He’ll keep his head on a swivel to weather would-be threats. He has shorter-than-average arms, so longer opponents will always give him a little more trouble, but he does well to remain tight with a strong punch to neutralize.

The Bucs got an All-Pro candidate for a throwaway Day 3 draft pick, and he’ll play on a near-identical salary than the player he’s replacing this season (pending an extension, he’ll make less than Cappa in 2023). If a grade higher than A+ exists, this masterclass move from Licht deserves it.

Licht says that when he was in talks to acquire Shaq Mason, he reached out to Brady to see if the QB would be a fan of the move. Brady gave Mason rave reviews.

Licht said he often checks with players on his current roster if they have played with someone he’s looking to acquire.

Bucs Nation should be excited about this transaction as it should mean consistently elite pass protection once again and even an improvement in the running game.