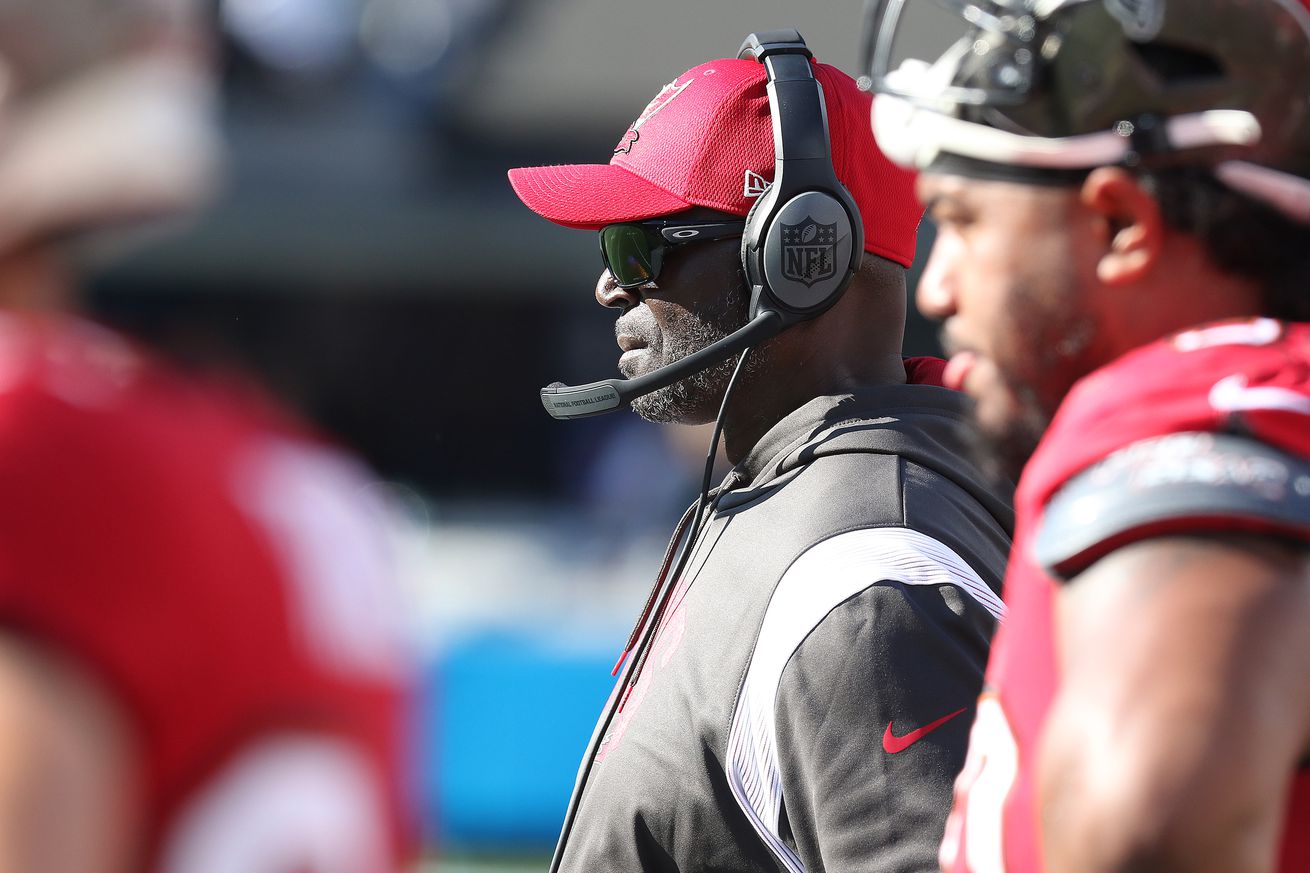 Oh boy. For the second straight week, I am going to be straight up here. These predictions are wrong. Again though, don’t blame the Bucs Nation staff, blame the football team. The Bucs suffered their second straight loss, this time to the struggling Carolina Panthers by a score of 21-3.

“Watching the Bucs offense is like watching paint dry. They are literally taking forever to finally piece together a complete game with offensive production. Luckily for them, they have young blood that’ll spark their productivity. Running back Rachaad White has been getting more and more playing time which will result in him getting into the end zone this week. Tight end Cade Otton has also been seeing some action as well and came close to a touchdown reception last week. He’ll be able to haul one in Sunday. Scores from White and Otton will be inspire the rest to show up and score touchdowns rather than settle for field goals.”

Gil’s first line here pretty much sums it up. The Bucs young guns did not only fail to score a touchdown, but so did the rest of the team. On a brighter note, Cade Otton did play well and he was actually second on the team in receiving yards with four catches for 64 yards. The Bucs continue to struggle when they get inside the opponents 20 yard line.

“While I don’t think this is the week that the offense goes off and looks more like the 2020 or 2021 team, I do think the passing game finally starts to look a little more like what most believed it would heading into the season. Brady has his most efficient game of the season, completing over 75% of his passes and adds three touchdown passes to three different players – Mike Evans, Chris Godwin, and Cade Otton – with no turnovers in the win against the Panthers.”

Hey the Bucs did achieve one of these things. They didn’t have any turnovers. Yay! While Brady did not play awful, he missed a few throws out there and the Bucs offense did not score a touchdown.

“Ever since returning from his week one injury, Chris Godwin has been a huge part of the Bucs offense and almost had over 100 yards receiving last week. Something Godwin has not done yet is score a touchdown. I believe this is the week Godwin gets a score, his first since last November.”

They didn’t score a single touchdown against one of the worst teams in the NFL. There is your summary on how this one went. Can’t stress that point enough.

“Look, P.J. Walker has worked hard to carve out a role in this league, I don’t want to drag him or anything. That said, he was in the XFL and a third-stringer for a reason. He’s played 11 total games played and own a dreadful 2:8 TD-INT ratio, so a frustrated Bucs defense coming off an embarrassing performance should tee off on the Panthers — especially that they now have only two legitimate weapons in D.J. Moore and Christian McCaffrey. I predict the Bucs force FOUR Walker turnovers and hold him under 125 yards passing in a sorely needed rebound game.”

The week before against the Rams, P.J. Walker threw for 60 yards. 60. In this one, Walker threw for 177 yards and had two touchdowns as well as no turnovers forced. The Bucs made life pretty easy on Walker the entire day. This prediction was done before the McCaffrey trade even happened, but it didn’t matter. The Bucs defense has not forced a single turnover in three straight games now and they have been playing against some of the worst offenses in the league. Yikes.

Will Walsh: This is the week!

“Tampa has a slow pitch lob coming right down the plate and they’re going to knock it out of the park. The Carolina Panthers (+4.5) are a ONE. WIN. TEAM. The Bucs haven’t looked like the prize winning fighter that most fans expected them to be this season but I expect a knockout in this one. Tampa Bay scores 24 while holding Carolina’s offense to under 200 total yards.”

The Bucs saw the slow pitch, took a big swing and whiffed. Carolina had well over 200 yards of offense and the Bucs could only muster up three total points. On Sunday, the Panthers seemed like the ones who were the prize fighters and the Bucs got knocked out.

Chris Weingarten: Improvement is mandatory, or else

“The Bucs have had injury issues on offense since day two of training camp. It’s disheartening to see them struggle, but one can understand why they are. The defense, on the other hand, has absolutely no reason to be underperforming. Blown assignments, lack of intensity, and zero sense of urgency are signs that a team is tuning out from its coaching staff. I expect the defense, as a whole, to play with a renewed sense of excitement this week. I’m calling on the $68.5 million dollar man, Shaq Barrett, to have two sacks and five quarterback hits. If he does not show up this Sunday, then it’s time for major changes.”

It might be time for some major changes. The defensive issues highlighted here showed up at the worst moments in Carolina. As for Shaq Barrett, he did not record a sack and only managed two total tackles. Barrett may be taking Halloween a bit too seriously because he has been a ghost for most of this season.

Look, right now this football team is baaaad. If fans aren’t already, they should be very concerned now. The Bucs are staring down the barrel of 3-6 with the Ravens this Thursday and then the next week have the Rams come to town, who have owned the Bucs. Something needs to change soon or this year could be lost, if it isn’t already.