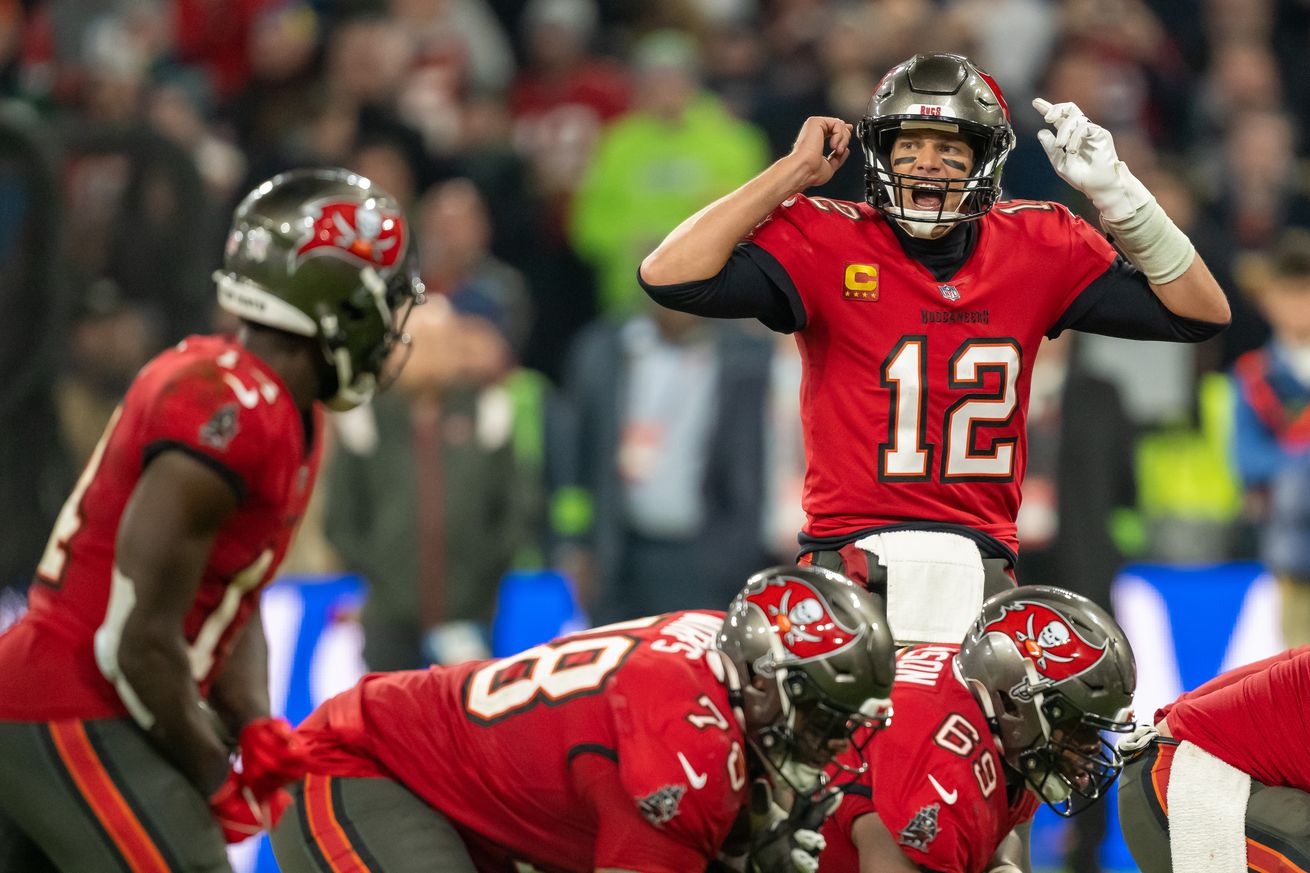 The Bucs won their second straight game, this time against the Seattle Seahawks by a score of 21-16. They won their first ever international game and gave the fans in Germany a real treat as they had one of their best all around performances the entire season.

“The Bucs defense — especially the secondary — is getting healthier which includes the return of safety Antoine Winfield, Jr. The young Winfield has been missed in the Bucs defensive backfield and we’ll once again see him all over the field Sunday. Look for Winfield to pick up a sack and force a turnover while perhaps adding a crucial pass breakup late in the game.”

Winfield’s presence was a welcome sight for the Bucs defense. They missed him in the last two games and his return makes the entire defense much better Unfortunately for Gil though, Winfield came up with five tackles, but no sack nor turnover. Winfield continues to be a fantastic player for Tampa Bay.

“It’s a bit wild to think that we’re entering week ten and Chris Godwin has yet to reach the end zone. He’s currently on pace for 175 targets and has yet to surpass 100 yards or reach pay dirt. This week, he does both.”

While Godwin did not get over 100 receiving yards, instead racking up 71, he did find the endzone for the first time this season on a crtical touchdown in the 4th quarter. Godwin looked like his old self on Sunday. Hopefully this is a sign that Godwin is now fully healthy and ready to roll for the rest of the season.

“Two rookies in Cade Otton and Jake Camarda aided the Bucs in a win last week, now it is Rachaad White’s turn. White has seen an increased workload over the past few weeks and this week will be his best yet. He will have two scores on Sunday, one coming on the ground and the other on a pass from Tom Brady as White looks to take over as the RB1 for this team.”

I was wrong about White finding the endzone, but I think I may have nailed the final sentence there. Rachaad White had 105 yards on the ground and was very productive in short yardage situations, which is something the team has struggled with throughout the season. White should see more and more touches as the sky is the limit for what he could be for this offense.

“Theres’ no denying it: Geno Smith is playing like one of the best quarterbacks in football this season. He’s been strong under pressure, against various coverages, and even against the blitz. When facing six or more rushers, Smith has completed 16 of 24 passes for 193 yards, one touchdown, no interceptions, and a passer rating of 105.0. He’s not necessarily a blitz killer à la Patrick Mahomes, but you need to get home or else it’s going to cost you. The Bucs haven’t blitzed as much this season but they’re still well above league average, and it’s the primary reason they’re top three in sacks with 29. I predict Todd Bowles gets deep into his bag and creates a hectic day for Geno by sacking him 3 times via the blitz, one of which forces that long awaited turnover.”

Mike hit this one right on the head. The Bucs defense ended up with three sacks and one forced fumble. They also had consistent pressure which Smith was able to escape. The pass rush was a welcomed sight on Sunday and hopefully it continues.

Will Walsh: Can the defense do it again?

“Geno Smith is having a genuinely shocking season, he has resurrected his career and his play has vastly improved compared to his time in the league prior. There are many reasons for this, one of which is the Seahawks’ run game. Near the top in the league in most major rushing stats, Geno Smith has had the benefit of not having to put the team on his back for most of the season. Even if it was against a bad rushing offense, Tampa Bay is coming off a game where they defended the run well, they need to carry that momentum over into this game if they want to pull off the upset. In all three of the Seahawks losses they lacked a 100 yard rusher. No 100 yard rusher allowed, and the Bucs fly back to the states at 5-5.”

If you predicted the defense to be productive, you were right. The Seahawks only had 39 yards rushing and just could not get anything going on the ground the entire day. Will was two for two on those predictions as the Bucs got a much needed W as well.

“The Seattle Seahawks are playing like a playoff contender thus far through nine games. They may be one of the most balanced teams the Bucs face all season. Although I still believe the Bucs have a multitude of issues to clean up, the win last week against the Rams leads me to believe this team has fight left in it. I see Tampa Bay playing its most complete game of the season against Seattle, grinding out a 23-20 victory. Look for the defense to force two turnovers, and Chris Godwin to finally get in the endzone as the Bucs win their second game in a row.”

A really close one from Chris here. The Bucs were able to pick up the victory and Godwin found the endzone, but the defense only forced one turnover. That turnover though was huge as the Seahawks were in Bucs’ territory and that really could have changed the entire game if that turnover had not happened. The old saying is that turnovers come in bunches, so hopefully the Bucs defense has more where that came from in the coming weeks.

This was a huge win for this team. Despite the disappointing year, they are now 5-5 and firmly in the drivers seat in the NFC South. After the brutal Panthers loss, the season could have really gone off the rails, but they won two of the next three and have eased some worried minds. It is not perfect, but things are starting to look much better for this team.