What the Kyle Rudolph signing means for the Tampa Bay Buccaneers 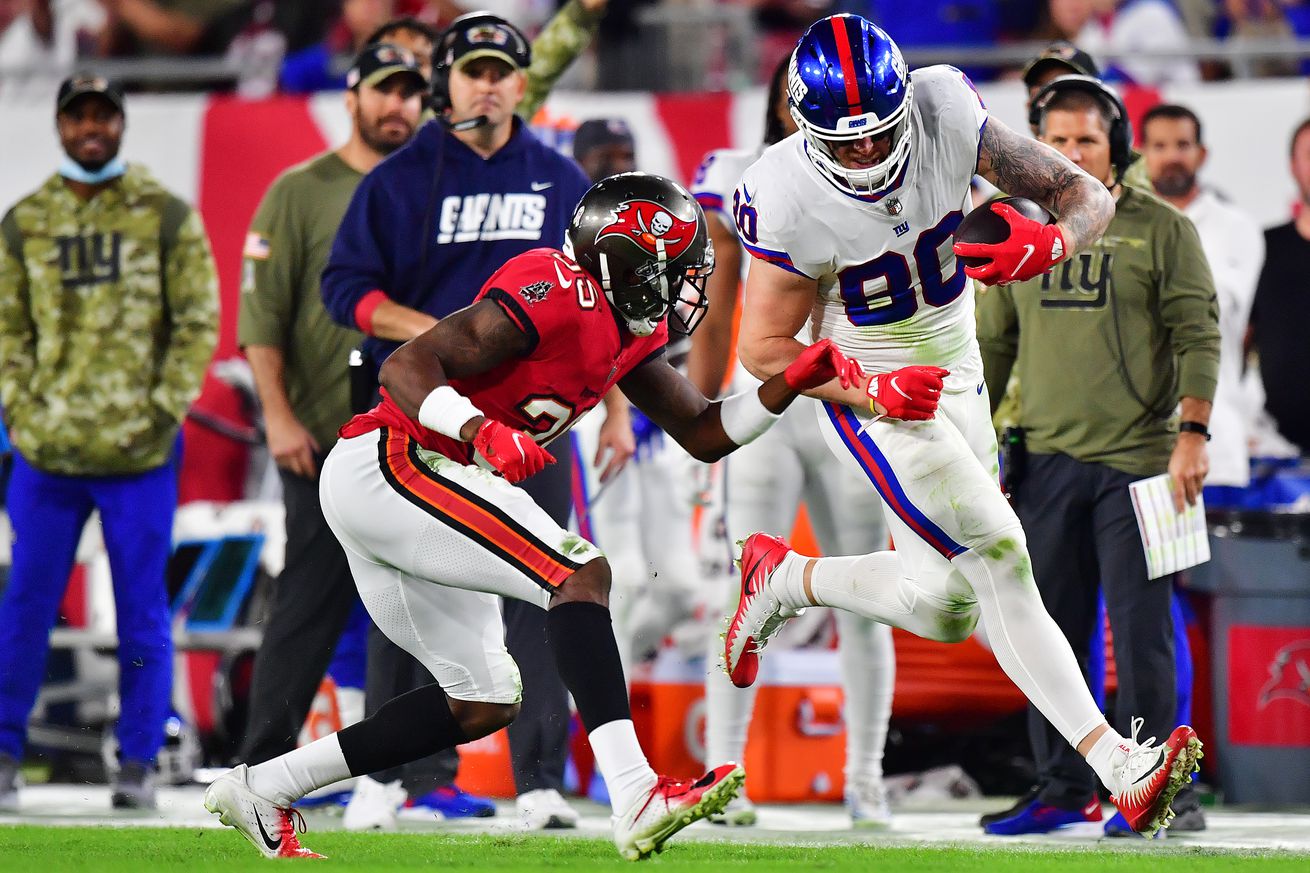 What implications does the signing of Rudolph have for the Bucs?

Following the retirement of Rob Gronkowski, the Bucs have added a veteran tight end to bolster their ranks with the signing of former Giants and Vikings TE Kyle Rudolph. This is a signing that many Bucs fan expected and hoped for, as Rudolph was one of the best remaining TE’s available in the free agency market at the time. Rudolph, a longtime starting veteran in the league, now joins a room consisting of veteran Cam Brate, along side rookies Cade Otton, and Ko Kieft, and developmental player Codey McElroy. Rudolph should give the Bucs a nice blend of receiving ability as well as blocking ability, which the team values in their offense at the TE position. But what ripple effects could this signing have on the Bucs roster moves going forward? Let’s talk about some of those situations now.

Does this mean Rob Gronkowski will truly stay retired?

I would not say that this move is the final nail in the coffin that determines Rob Gronkowski would not eventually return to the Tampa Bay Bucs, but it certainly doesn’t give the chance of Gronk coming back a good look moving forward. Gronkowski has said multiple times since his retirement that he is truly done with football regardless of what the media or those close to him have said in the days since his decision. With the signing of Rudolph, one could see it as a sign of the Bucs looking to move on, or one could see it as them looking to add a veteran who can hold down the fort for a season, while also giving the team room to bring Gronk back if he would choose to return. I do believe that there is a chance Gronk could still make his way back to the Bucs as the season progresses and the playoffs approach, but I would say that the signing of Rudolph has lessened those slim chances even more.

Will Kyle Rudolph automatically be the Starting TE for the Bucs?

I still believe there will be a strong competition at the TE position for snaps moving forward between veterans Rudolph and Brate, as well as recent fourth round draft pick Cade Otton. All three players have good traits that warrant them getting looks in the regular season moving forward and we could very well see a healthy rotation of the three in the regular season regardless of the outcome of the training camp battle. However, Rudolph should figure to get a healthy amount of snaps moving forward regardless due to his ability to be a solid target in the redzone, and his blocking ability which is a trait the Bucs coaching staff always looks for in starting caliber TE’s. While it isn’t a guarantee Rudolph will be the fulltime starter this upcoming season, you can say he has a good amount of momentum moving forward and is most likely the favorite right now to get the lions share of snaps at the position this upcoming season.

The signing of Kyle Rudolph was a necessary one as it give the Bucs more options and flexibility at the TE position following the retirement of Rob Gronkowski. While Rudolph is not the same caliber of player that Gronkowski is, he should still be a reliable veteran who can help out the Bucs offense in a substantial way moving forward into the season.