What to watch for in Buccaneers’ final preseason game 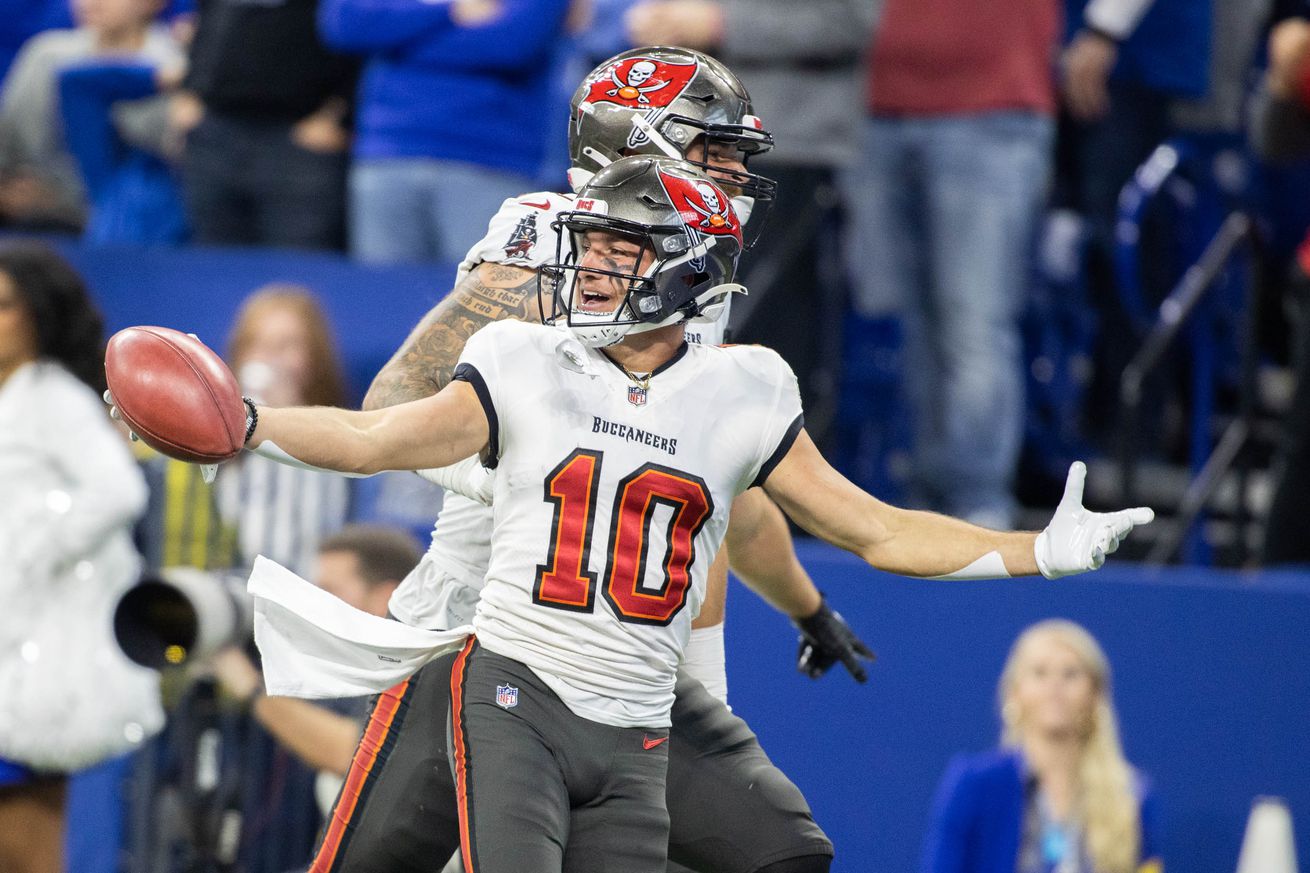 All healthy Bucs will play. That’s what Todd Bowles told the media following practice on Thursday, so Bucs fans will see their first glimpse of 45-year old Tom Brady under center in 2022. As for the rest of the team, that’s where things get a little murky.

Tristan Wirfs, dealing with an oblique injury, is not expected to play and is listed as day-to-day. Russell Gage, who has been dealing with a hamstring issue, as well as Chris Godwin are also both expected to miss the final tune-up game. Mike Evans and Julio Jones are both expected to make their preseason debuts after missing the games against the Miami Dolphins and Tennessee Titans.

Beyond that, there is a heated competition for the final wide receiver spots. Tyler Johnson and Deven Thompkins have been outstanding through training camp while fellow standout Cyril Grayson was released with an injury settlement earlier in the week. With Jaelon Darden and Scottie Miller both still fighting for roster spots while Thompkins is on the rise, a lot can be sorted out with stellar performances from any of them.

Second round draft pick Luke Goedeke is again getting the nod at starting left guard tonight after a questionable performance last week in Nashville. However, with the season ending ACL and MCL tear of Aaron Stinnie, Goedeke will need all the snaps he can get in order to prepare himself for protecting Brady. Nick Leverett still has a shot at winning that starting job, but Goedeke can gain the inside track with a solid performance against the Colts.

There’s also still a question as to who the number two guy will be behind Leonard Fournette. With Gio Bernard missing the final preseason game, rookie Rachaad White has another opportunity to show what he’s made of after two impressive performances already this preseason. Even though Bernard is penciled in as the “third down” and “pass catching” back, White offers the same skill-set but with more explosiveness. Being able to grapple the job away from Bernard and Ke’Shawn Vaughn isn’t out of the question.

Finally, there are still some questions within the secondary. Carlton Davis, Sean Murphy-Bunting, and Jamel Dean are locks, but where will the depth come from. Rookie Zyon McCollum is out with a hamstring injury but his spot on the roster seems safe. Beyond that, the Bucs will take a hard look at Dee Delaney, Kyler McMichael, Rashard Robinson, and Don Gardner to determine which guys showed enough in live competition to trust in the regular season.

Yes, it’s preseason football – but the starters are playing and there are roster spots that will be determined by the way guys play tonight. Certainly plenty for people to keep an eye on.