Which Free Agent is a ‘Perfect’ Fit with Buccaneers? 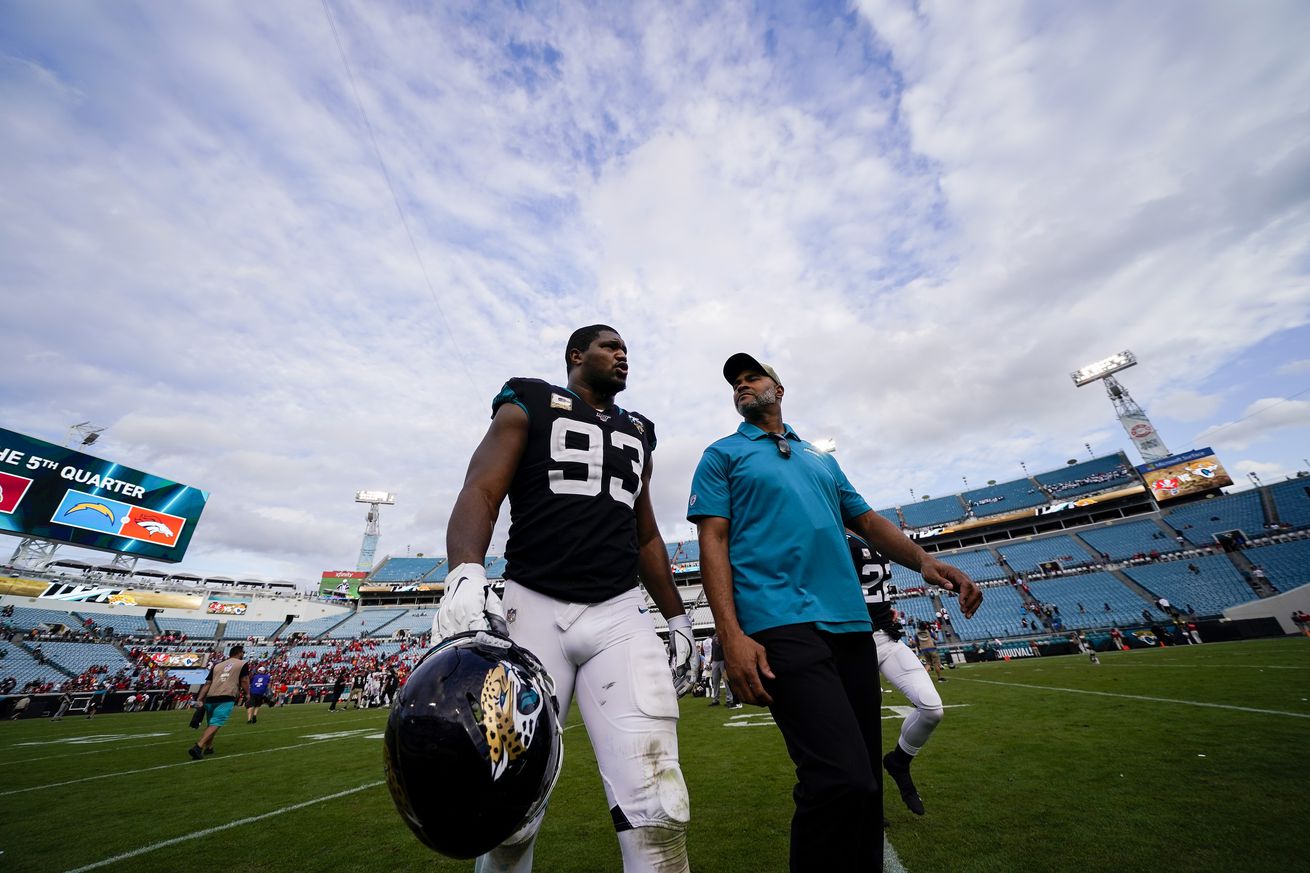 Why one veteran makes the most sense as an offseason addition

There’s a lot of tension in the Tampa Bay Bucs fan base these days.

Following the retirement of quarterback Tom Brady, the team has brought back just wide receiver Chris Godwin and offensive lineman Aaron Stinnie out of their own pending free agent class.

Ali Marpet’s retirement only added to the angst, and the fact Godwin was brought back using the franchise tag in lieu of a long-term deal locks in his salary-cap figure at nearly $20 million unless the two sides can get something done before the negotiating deadline passes for players tagged this offseason.

To say Bucs Nation, and the team themselves, could use an offseason win is an understatement.

Could they find it in veteran defensive lineman, Calais Campbell?

At least one publication thinks Campbell and the Bucs should join forces in 2022, with Pro Football Focus’ Ben Linsey writing,

“The Bucs’ defensive line stands out as an area of need for a roster that is in a very different place than it was at the end of the 2021 regular season…Campbell played under Bruce Arians earlier in his career with Arizona, and he fits schematically with what Tampa Bay likes to do on defense.”

With previous starters Ndamukong Suh and William Gholston’s futures in question, Tampa Bay is unlikely to go after the splash names in this year’s open market, and nobody is giving them any discounts without their quarterback situation figured out.

Teams and coaches like to lean on familiarity when making investments in new additions when possible.

So the connection between Arians, defensive coordinator Todd Bowles, and Campbell, can’t be ignored.

While Bowles only coached the veteran for two years in their Cardinals days, it’s important to note their second together was Campbell’s first Pro Bowl season.

So we know the coaches and player have a connection, there’s a history of success, there’s certainly a match in needs on both sides.

The only question now is, will this ‘perfect’ connection happen, or will the Tampa Bay Bucs have to look elsewhere for starting defensive linemen in 2022?