Why you should feel good about the 2022 Tampa Bay Buccaneers 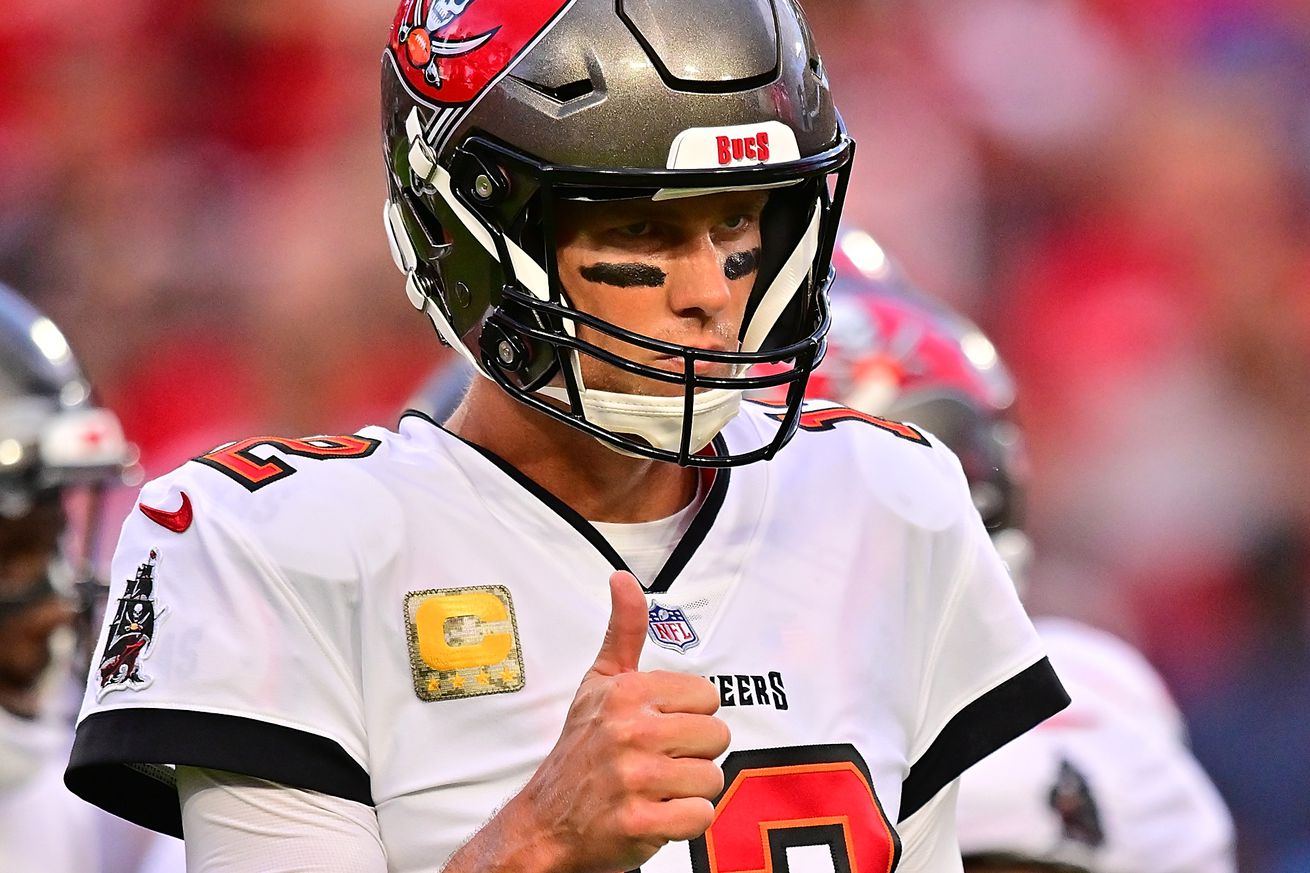 The Bucs have not had the season that many thought they would, but all may not be lost. Don’t touch that panic button yet.

In times of hardship or discouragement, in this instance the disappointment that has been the 2022 Tampa Bay Bucs, it is very easy to turn towards pessimism. Optimism, as long as it remains grounded in reality, is much more productive. With positivity on the agenda, here is why you should feel good about the 2022 Tampa Bay Bucs.

The NFC South- Today’s NFL is comprised of games that are won and lost by quarterbacks. Tom Brady, even in an uncharacteristically off year, is the unquestioned best passer in the NFC South. The Bucs division rivals are captained by Marcus Mariota, Andy Dalton/former Bucs’ rollercoaster ride Jameis Winston, while Carolina is aboard the P.J. Walker-Baker Mayfield-Sam Darnold experience. That is not an elite allotment of quarterbacks, while conversely, Tampa Bay has a hall of famer under center.

Another major determinant in winning and losing is coaching. Let’s not get on a soap box and sing the praises of Todd Bowles, Byron Leftwich and the Tampa Bay Bucs’ coaches. Politely speaking, the Bucs coaching staff has not proven to be elite this season, but let’s take a look around the rest of Tampa’s division. The NFC South only has more good news for Bucs fans. The New Orleans Saints’ and Atlanta Falcons’ head coaches have combined career records of bad and worse. The Panthers don’t even have the same head coach they started the season with, so it’s not going well in Carolina either. Even with Todd Bowles’ dubious resume and his Tampa tenure off to a rocky start he is not substantially outmatched.

Tampa Bay resides in the weakest division in the NFC. The Bucs, with a losing record, are holding first place. There is no other division in the entire league where Tampa’s performance this season would be good enough for a playoff spot. In the AFC East the Bucs would be the fifth best team and long out of wildcard contention. Tampa Bay can thank the league’s reseeding of 2002 that they are in the NFC South.

The Bucs are not as bad as their record- —You are what your record says you are—The Bucs are 4-5 so they are a 4-5 team, but two things can be true. Tampa is not the only team with five losses through nine weeks but they are easily the most talented. 4-5 can look very different from team to team. The Bucs are not 4-5 at their best, they are 4-5 at their worst. The difference is noteworthy because Tampa is highly capable, just vastly underachieving. A distinction without a difference, perhaps, but if there is a five loss team that is to blossom into a contender it is likely to be the talented underachiever, Tampa checks that box.

If the Bucs can make the playoffs the NFC is weak- Getting in the tournament is the most important thing for Tampa Bay. The NFC is not the AFC, there is a noticeable absence of juggernauts. Could the Bucs match up with Josh Allen and the Bills in late January? We have already seen what the Bucs against the Kansas City Chiefs looks like and Tampa Bay versus the Baltimore Ravens wasn’t much better. The AFC is full of quarterbacks and Super Bowl contenders. The NFC does have the NFL’s only undefeated team in the Philadelphia Eagles, but the current second seed in the conference is manned by Kirk Cousins. The third seed, by Geno Smith. The Minnesota Vikings with Cousins, and the Seattle Seahawks led by Smith are doing well but neither quarterback is anywhere near as proven as Tampa Bay’s in a playoff atmosphere.

If the Bucs can slug it out through the rest of the regular season and win enough games to eke their way into the playoffs it becomes all about the matchup they draw. There’s a highly possible scenario where round one would be a home game in Raymond James Stadium against the Dallas Cowboys, a team Tampa has beaten twice in the last two seasons. It’s very conceivable the Bucs get a winnable Wildcard round matchup with a chance to advance to the Divisional round where anything can happen.

Nine games into 2022 the Bucs are not where most thought they would be, simultaneously, they may not actually be as far away as most make it seem. Tampa Bay has had a tough schedule and while it is not exclusively the end result, but how the result comes about that matters, many of Tampa Bay’s losses were predictable at the onset of the season. The Bucs have only suffered two truly treacherous defeats this year. There is no going back to fix what’s happened, only going forward to determine what may. If they can turn the page and move forward Tampa Bay may still have a lot to play for in 2022.