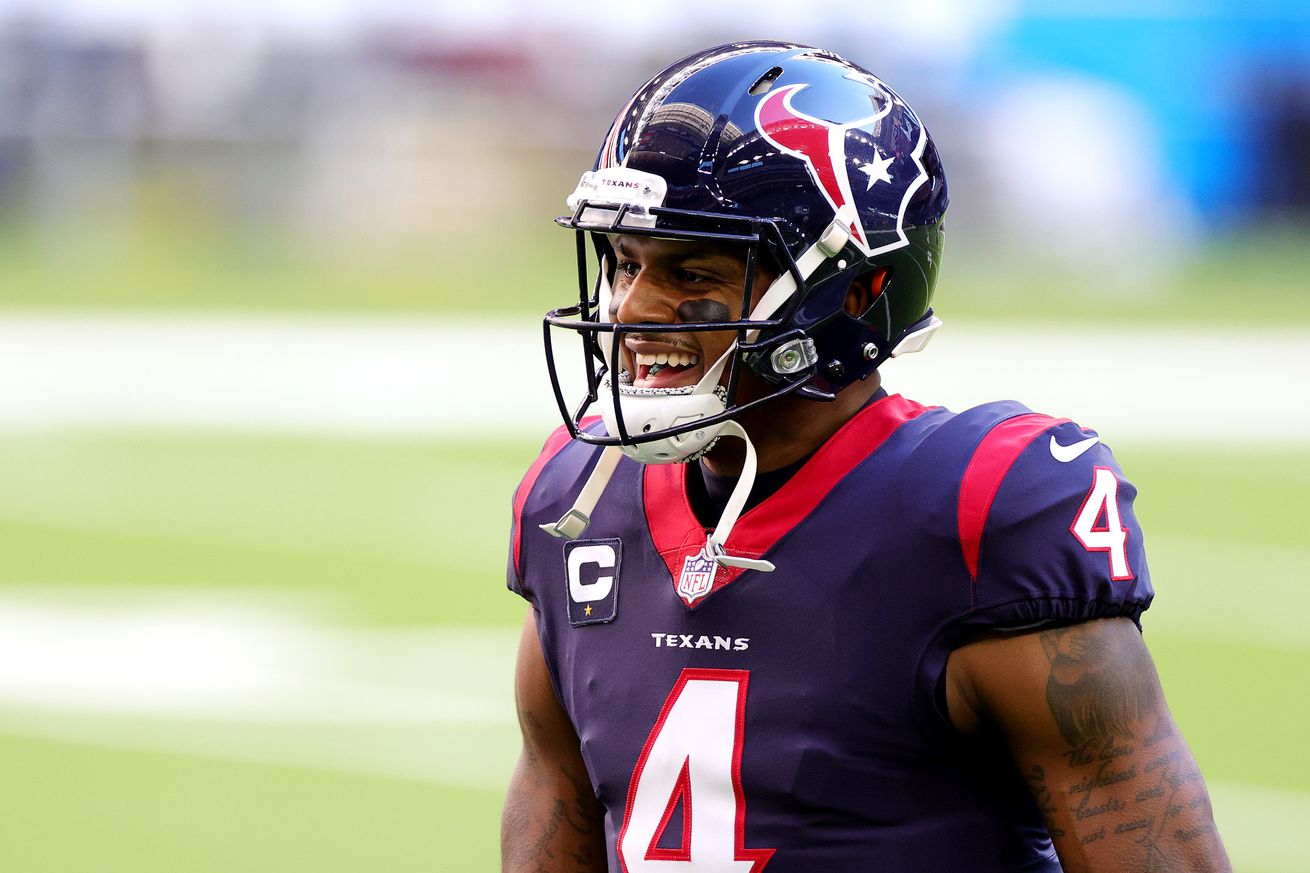 The Bucs’ search for Tom Brady’s successor is going to be exhausting, isn’t it?

As soon as Tom Brady announced his retirement in January, names began to pile up on the list of quarterbacks who could potentially fill the G.O.A.T.-sized hole the seven-time Super Bowl champion is leaving on the Bucs’ offense.

One name that instantly came up and has since seemed to gain more traction is Deshaun Watson’s. The No. 12 overall pick in the 2017 NFL Draft has long wanted out of Houston, though he is currently the defendant in 22 civil lawsuits from women across four states alleging sexual assault or inappropriate behavior during massage sessions. As a result of the ongoing investigations, the Texans elected to hold him out of the 2021 season.

With the offseason getting underway, Watson’s name began to circulate again as he still hopes to make his way out of Houston before next season. That’s where the Bucs come into this saga.

Fans and media members have speculated about the former Clemson Tigers star as a potential fit in Tampa Bay, then a report emerged on Wednesday from ESPN’s Jeremy Fowler. Fowler said that Watson has started evaluating potential landing spots for a potential trade, noting that the Bucs and Vikings were among the teams “on his radar.”

Deshaun Watson has begun evaluating potential fits for his services in 2022, with #Bucs and #Vikings among teams on his radar.

Of course, this led the “Watson to Tampa” discourse to amp up. Previously, Ian Rapoport and Tom Pelissero of NFL Network reported that their sources were saying that the Bucs had begun to do “extensive homework” on Watson. So, that would seem to indicate that there’s mutual interest between the two sides, right?

Well, not so fast.

On Thursday, NFL Insider Josina Anderson tweeted that she spoke with Watson’s agent, who said that there isn’t anything to the report naming the Bucs and Vikings as Watson’s preferred landing spots. Instead, he said, the current focus is on “clearing Deshaun’s name.”

I spoke with Deshaun Watson’s agent. He says there’s no truth that Watson is eyeing the Bucs, Vikings or any teams ahead of free agency. “We haven’t had any talks among ourselves or with teams about possible destinations as we are focused on clearing Deshaun’s name at this time.”

Again, Watson is facing 22 civil lawsuits, so it stands to reason that his focus is needed on those before he can really nail down where he’s wanting to play football in 2022—if he isn’t subject to discipline from the NFL.

The three-time Pro Bowl selection is undeniably one of the most talented quarterbacks in the game, but he hasn’t played in more than a year and he would bring a great deal of baggage with him. Would the Bucs be willing to get involved with that as they look to replace their departing legend?

There will surely be more to come regarding Watson, as well as where he could potentially end up after the ongoing lawsuits play out. Stay tuned to Bucs Nation as the already-exhausting search for Brady’s successor rolls on…