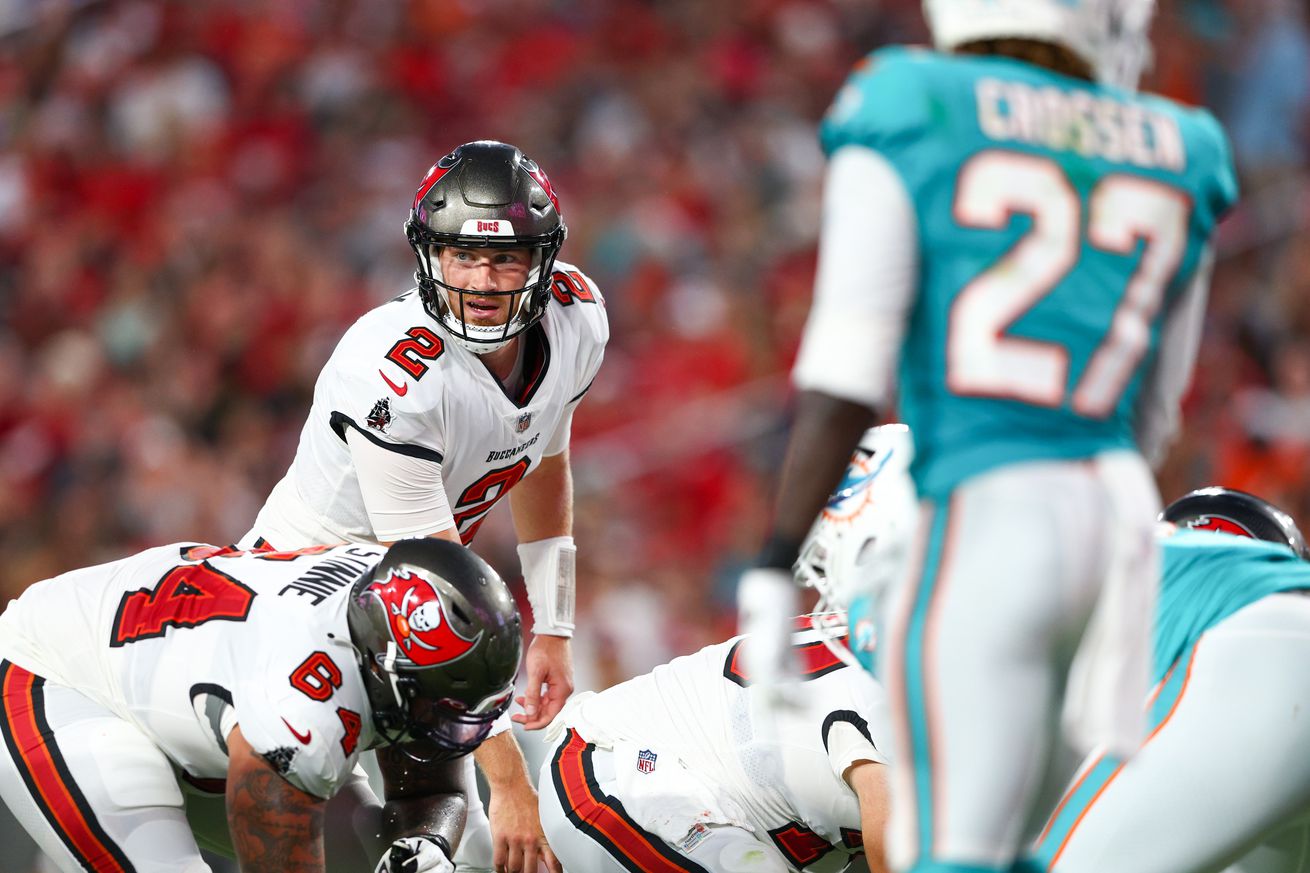 The first preseason game for the Bucs is officially in the books as they opened exhibition play with a loss to the Miami Dolphins by a score of 26-24. As is the case with any other year, preseason games are used for coaches to analyze the roster and see who will stay or go. And after Saturday night, Bucs coaches certainly have to do some evaluations to see where things went wrong.

Quarterback Blaine Gabbert got the Bucs on the board after a dart to receiver Jaelon Darden for a touchdown to go ahead 7-3. After that drive, second-year quarterback Kyle Trask came in in the second quarter and led an eight-plus minute drive that was capped off by a Ke’shawn Vaughn touchdown to give the Bucs a 14-3 lead.

But miscues inside of two minutes in the second quarter — like the fumble return for a touchdown — quickly gave the Dolphins a 20-14 lead at halftime when Miami scored two touchdowns off two Tampa Bay turnovers.

The Dolphins extended their lead in the third to 23-14. But Trask responded with a 19-yard touchdown throw to rookie receiver Jerreth Stearns to bring the Bucs to within two points. On the drive, rookie running back Rachaad White ran the ball three times for 20 yards and finished the night with seven carries for 32 yards.

In the fourth quarter, trailing by two, Trask led the Bucs to a potentially game-winning drive after completing seven passes on eight attempts. As they got down to the 31 yard line of Miami, kicker Jose Borreagales missed a game-winning 49-yard field goal as time expired.

Tampa Bay will now look ahead to next Saturday where they’ll travel to Tennessee to face the Titans in their second preseason game.