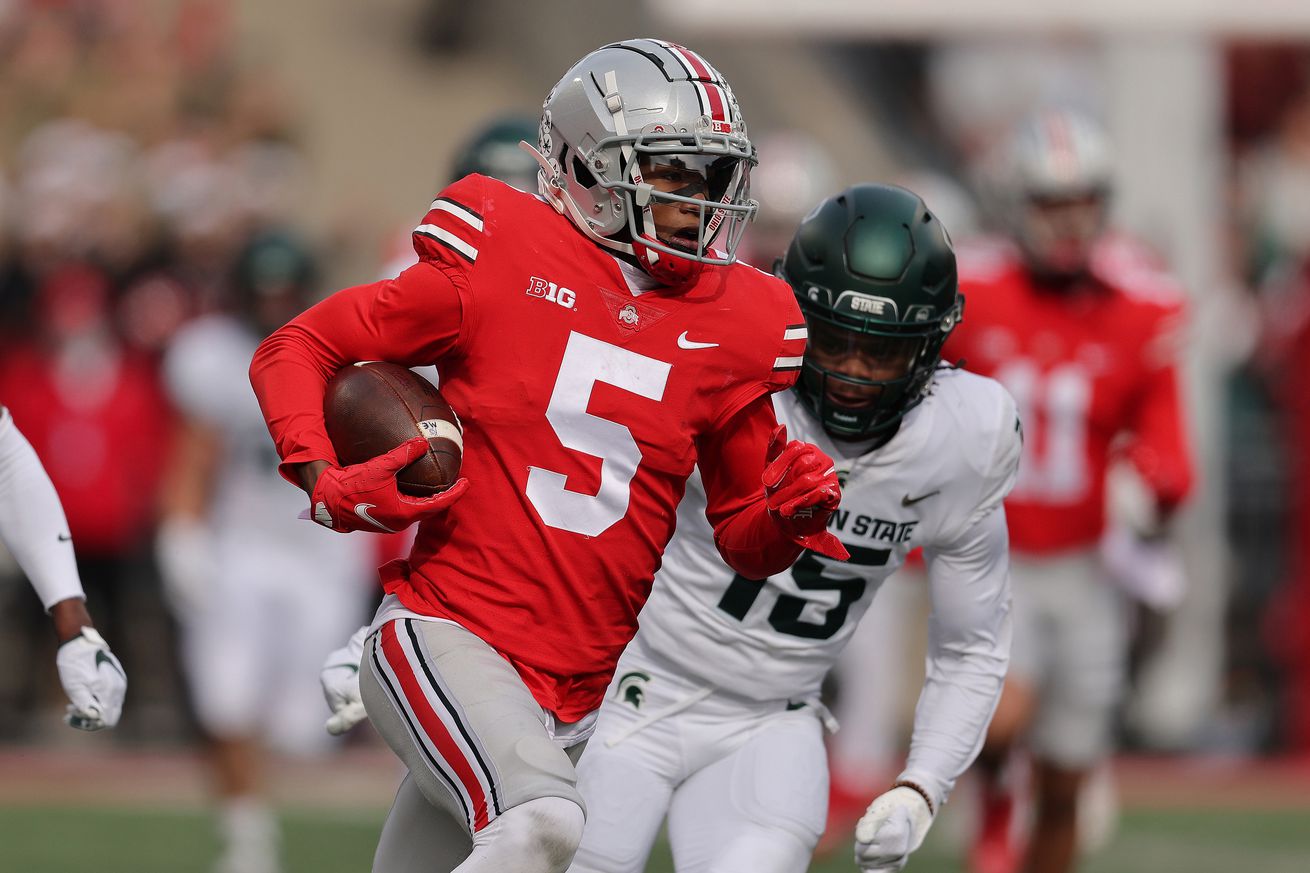 Adding to an already loaded offense, Bucs ensure any quarterback can be successful

If you’re the Tampa Bay Bucs, according to Luke Easterling, it looks like a wide receiver group consisting of Mike Evans, Chris Godwin, and Ohio State rookie, Garrett Wilson.

“Even if the Bucs re-sign Chris Godwin, don’t be surprised if they take a wide receiver here,” Easterling wrote about the 27th overall selection by the Bucs in his recent mock draft. “Especially if the board falls this way and leaves this many talented pass-catchers still on the board. Making Wilson the No. 3 receiver in this offense would be just unfair.”

In the projection, Wilson was the second wide receiver off the board, following Arkansas Razorbacks star, Treylon Burks.

Burks went 13th overall to the Cleveland Browns, leaving more than 20 selections between he and Wilson.

After Wilson goes to the Bucs, the Green Bay Packers take a wide receiver with the very next pick, selecting Jameson Williams (a former Buckeye) out of Alabama.

USC’s Drake London comes off the board to the Kansas City Chiefs with the 30th overall selection, capping off a quick run on wide receivers, and four total on day one.

This was a three-round mock, however, and Chris Olave (Ohio State) is the first pick on Day 2, heading to the Jacksonville Jaguars hoping to have a better run than the last Buckeye who went to Duval.

For Tampa Bay in Round 2, they get defensive line help in the form of Oklahoma’s Perrion Winfrey, taken with pick 60.

Then, coming back around with the 91st pick in the draft, Todd Bowles gets more help for his unit, adding UTSA cornerback, Tariq Woolen.

Overall, a solid class, and useful players to help the Tampa Bay Bucs stay atop the NFC South and make another push into the NFL Playoffs.