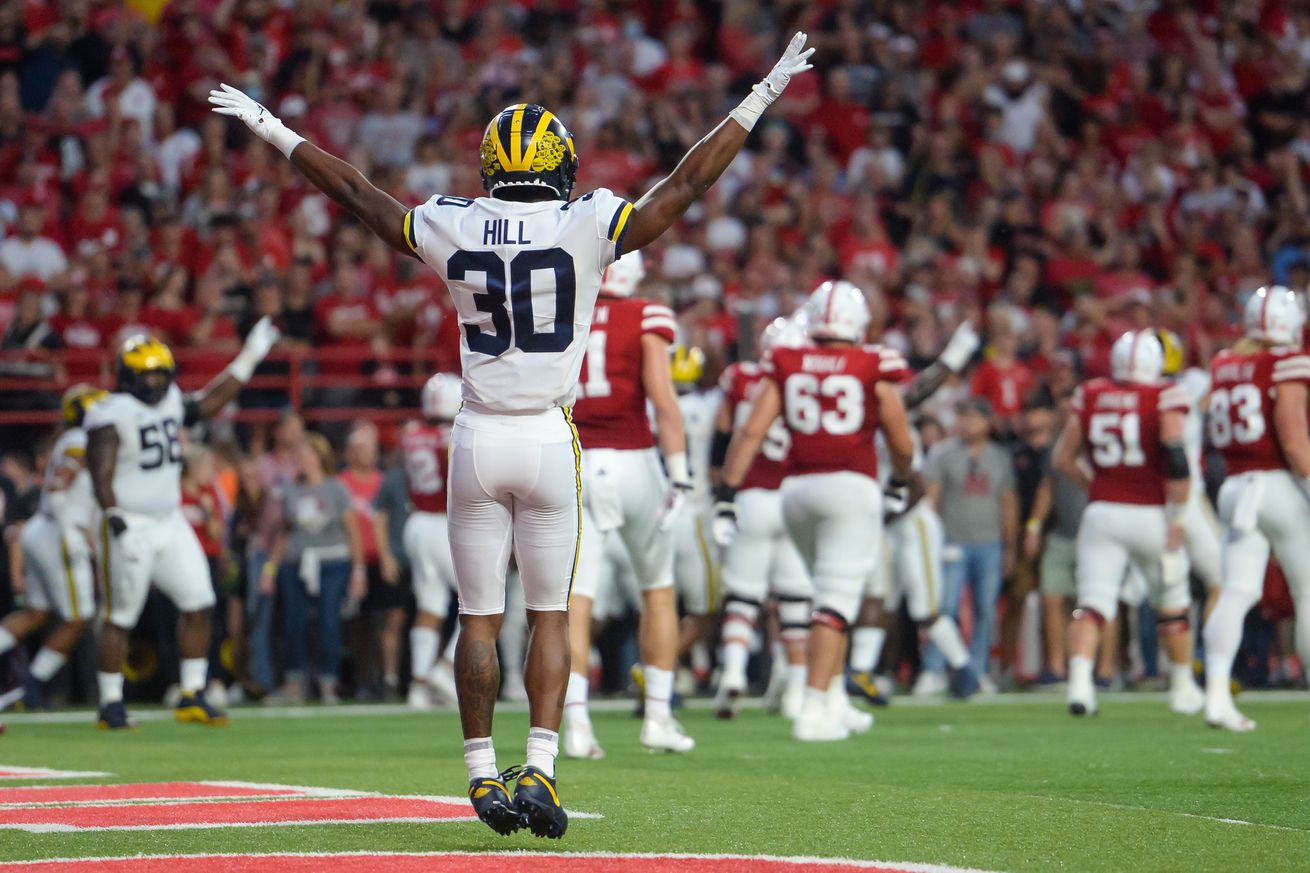 Free agency has concluded, and the draft battle plan is looking a little clearer.

Remember a few weeks ago in my first mock draft when I said the Bucs have entered reload mode?

Yea, forget all that.

Tom Brady, Chris Godwin, Carlton Davis, Ryan Jensen, Leonard Fournette and William Gholston are all back, and the team even brought in new faces like Russell Gage, Shaq Mason and Logan Ryan. Some needs still persist, as do a few in-house free agents, but Tampa Bay is once again a Super Bowl contender.

Given everything that’s happened, I’ve elected to revise our mock draft outlook a little earlier than planned to account for the flurry of team-altering transactions (as well as the major changes for other franchises). It seems like the free agency frenzy, at least for the Bucs, has calmed down, so it feels safe to do some projecting. I even included a trade!

Let’s get back to it!

With just four picks in the first four rounds, the Bucs should absolutely explore a trade down to acquire an extra asset or two if prime targets like Devonte Wyatt and Zion Johnson are unavailable, which looks increasingly possible.

In this scenario, the Lions — who have a nice crop of draft picks this year — cough up a compensatory third rounder to jump up five spots and secure a future QB in Desmond Ridder. The Bucs, meanwhile, move to the final pick in the first for the second year in a row and select a versatile chess piece in Dax Hill.

Ultimately, Tampa needs to examine the secondary closely given how lack of depth noticeably hurt last year and how it might face a severe shortage of starting talent next season. Jamel Dean, Sean Murphy-Bunting and Mike Edwards are all on the final year of their rookie deals, and Logan Ryan is signed for just one season. Currently, the only viable depth options are Ross Cockrell and Dee Delaney.

Murphy-Bunting needs to be replaced as slot corner anyway, as he’s shown no meaningful progress in 2.5 years and stands out consistently as the weak link. Meanwhile, Edwards might seek a bigger deal elsewhere that Tampa might not want to match when Antoine Winfield, Jr. — the better player — will be a serious extension candidate in 2023.

The Bucs massively value versatility in the secondary, as illustrated by Winfield and Edwards’s chameleon-like roles. Hill would provide yet another element like that as he has logged extensive experience as slot, deep safety, and in the box. He excelled at all due to excellent anticipation and awareness.

Hill is often listed as a safety on prospect lists, but he possesses the requisite agility, length and body control to play a majority of snaps as a cornerback, too. At 6-foot tall with 32 ¼” arms, he will meet Tampa’s preferred body type at the position. He also impressed at the Scouting Combine with a 4.38 40-yard dash and 6.57 3-cone.

Whether Todd Bowles sees Hill as a long-term slot corner or Edwards’s replacement at safety, the Michigan product will contribute meaningful snaps immediately all over the field.

This tight end crop differs from recent classes. It lacks top-end difference-makers a la Kyle Pitts or T.J. Hockenson, but it’s also not like the abysmal 2020 group that saw teams gamble on reaches like Cole Kmet, Devin Asiasi and Josh Deguara in the top 100.

These prospects tread a pleasant middle ground where the potential is good enough to see possible contributors peppered throughout rounds 2-5. Pinning down a consensus top guy has been difficult, but McBride seems to be most people’s favorite.

The 6-foot-4 senior won the John Mackey Award in 2021 and earned first-team All-American as well after catching 90 passes for 1,121 yards in an offense that generally focused on the run game.

He’s a good athlete and a natural pass catcher, and he’s gained a lot of experience with blocking. You’d like to see a little more physicality as both a receiver and blocker, but that’s not through a lack of determination. Overall, he’s got strong potential to be a good lead tight end and a dependable No. 2 at the least.

I do think this pick is a little optimistic, as it’s likely the lower end of McBride’s range, but it’s definitely not impossible. UCLA’s Greg Dulcich, who profiles as a flex-style player rather than a traditional in-line, has been talked up quite a bit as the potential first tight end off the board. There’s also Virginia’s Jelani Woods, who has the frame (6-foot-7) and sheer athleticism that teams drool over.

The Bucs must get younger on the defensive line, and they’ll need to study all options in a shallow crop this year. You’d preferably like to see a higher investment, but they’ll find themselves in tricky spots value-wise in rounds 1 and 2.

Butler is an intriguing “fallback” option who’s absolutely worth a Top 100 pick. The fifth-year senior took noticeable steps forward in his final season for the Volunteers and he blew up the Shrine Bowl practices, which helps teams take notice. He possesses the necessary technique, quickness and strength to make an impact in Bowles’s attacking, one-gap scheme as a 3- or 5-technique.

Tampa wants a different type of lineman next to the space-eating Vita Vea, and Butler definitely profiles as such. That said, he lacks elite mass and length, which likely limits his ceiling to that of a very good, but not great, contributor. At the end of the third round, you’ll gladly take someone like that.

There is some degree of interest, as Butler stated in a recent interview that he specifically remembers meeting with the Bucs in a meaningful capacity. It makes sense not just from an on-field perspective, as Butler is also hailed as an excellent locker room presence and leader.

Getting Shaq Mason definitely alleviates some concerns with the interior offensive line, though the team could use a healthy glut of talent to compete for the newly vacated left guard spot.

While getting a bonafide stud like Zion Johnson is the ideal, value and availability always shift. The Bucs use this hypothetical extra third rounder to grab a good fit for their offensive line in Marquis Hayes.

Hayes is a little awkward in his technique and carries around slightly heavy feet, which will obviously need work at the pro level, but it’s not insurmountable due to his positive traits. He’s got good length and fantastic strength in his hands and core, which allows him to latch onto and manhandle defenders. He demonstrates quality patience and awareness despite being ready for a street fight at any given moment.

He’s an ideal gap/power fit, and he carries a profile the Bucs have coveted in the past. Given this coaching staff’s track record with developing talent, I’d be willing to bet on Hayes’s upside.

Leonard Fournette might be back, but that far from precludes the Bucs from further investing in the position. Having another reliable receiving back and pass protector remains a priority, and Gio Bernard might not return.

Williams fits that archetype very well. He’s one of the best route runners in the class, and he’s a reliable blocker despite his smaller-than-average size. People will be scared away by the suboptimal 4.65 40-yard dash, but you can make a living in the league as a runner who’s quicker than fast. See players like James White and Dion Lewis – players Tom Brady is very familiar with.

Williams’s plus vision, slippery running style and fearless demeanor will win him support in plenty of draft rooms, including the one with Licht and Bruce Arians most likely.

The Bucs need money. Bradley Pinion makes too much money for a punter.

See where this is going?

I advocated for a similar move last year, but Tampa chose to roll with Pinion and was, unsurprisingly, rewarded with another season of mediocre kicking. The time to bring in competition better than Sterling Hofrichter is now, and Stout presents as a perfectly viable option.

Stout has an absolute cannon for a leg, and he will give the Bucs the touchbacks on kickoffs that they value so highly. And, unlike Pinion, Stout has a good track record of using that leg strength functionally and consistently. Not gonna find many better uses for a seventh round pick.

Stout more 5.0+ hangtimes, turns ball over. Gets edge in KO hang tho Araiza can boot thru EZ

Right at the end of the draft, it’s all about getting the jump on undrafted free agency. Hunt for gems who can carve out a role on special teams and maybe – juuuuust maybe – contribute on offense or defense one day.

Johnson is undersized and absolutely a tweener, but he is a dynamo. He’s a great athlete who knows how to get after the quarterback, but he’ll struggle to find a place in the run game. Johnson has kinks to iron out as both a traditional off-ball linebacker and edge rusher – think like a notably less talented Micah Parsons.

Yeah he did. That’s some wheels from Kyron Johnson. With NFL Linebackers trending towards the smaller size, the knock on his profile really isn’t much of one. https://t.co/Ay3AxrWjbl pic.twitter.com/gkUxOlaHn5

The athleticism and potential versatility will get him a seat on the bus. It’ll be up to him on how far he rides.

Well, there you have it, Bucs Nation. Mock draft 2.0 is in the books, and it will likely be the penultimate version pending a seismic trade or free agent acquisition.

Let us know your thoughts in the poll/comments below!

Relieved Bucs: Wirfs’ injury not as bad as initially feared