No, Tom Brady is not going to the Dolphins 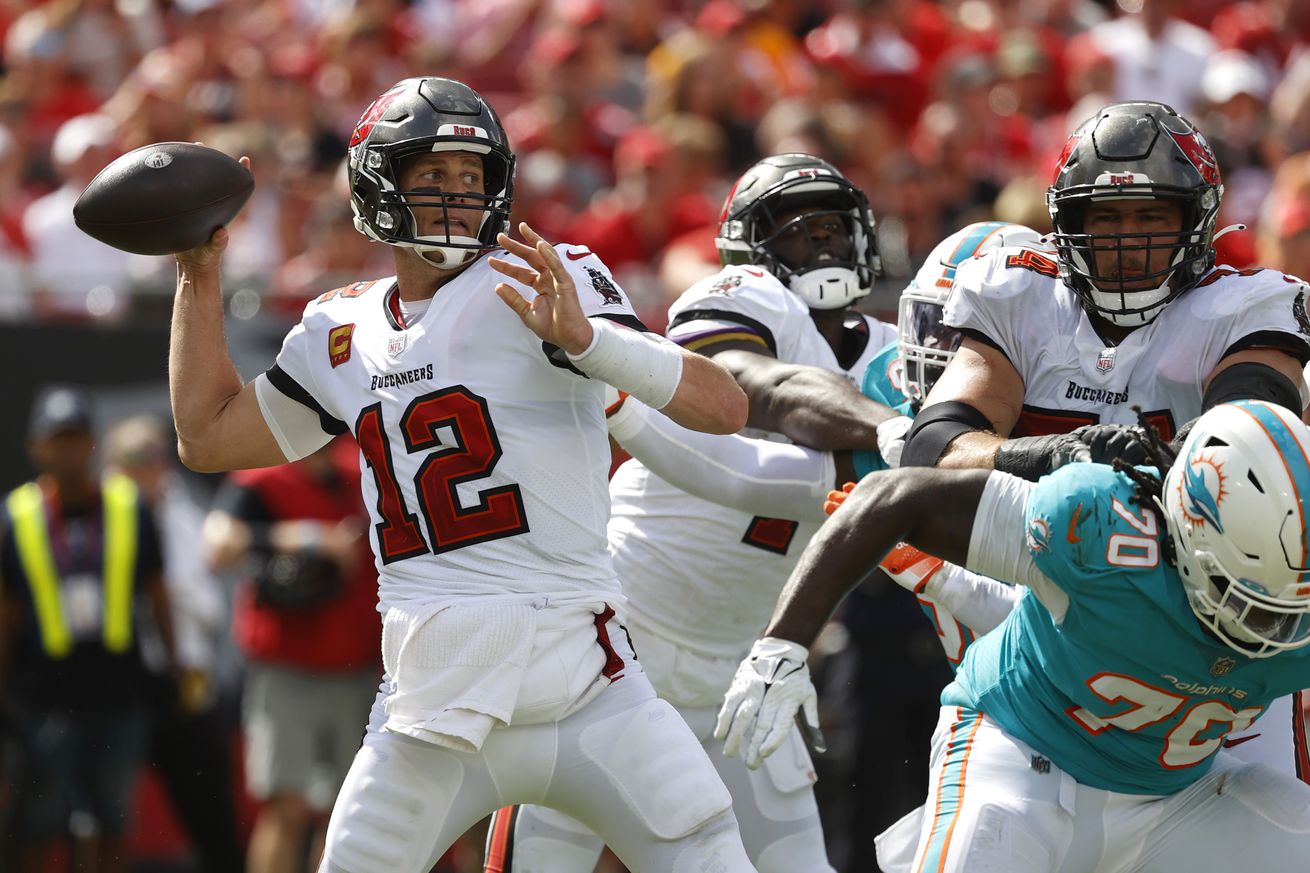 Oh, the off-season. Where rumors and speculation are sure to run rampant with little or no basis in reality. Where people just throw stuff at the wall to see what sticks or in an attempt to go “viral.” The latest such nonsense comes aimed at Bucs’ quarterback Tom Brady where the host of a Bruins show on NESN seems to think that it’s not Tampa Bay that Brady will suit up for, but a different Florida team;

Would not be surprised if @TomBrady didn’t play for @Bucs next season. Try a little further South.

Now, this isn’t to say Arnold isn’t connected or doesn’t have a pulse on some things around the NFL world. He was one of the earliest to say that Brady would be signing with the Bucs back in 2020. However, this speculation makes absolutely zero sense.

People can draw connections all they want to the fact that Rob Gronkowski hasn’t signed yet (don’t worry, he will) or that the Dolphins are loading up with signings like Chase Edmunds or the recent trade to acquire Tyreek Hill.

None of that matters.

First and foremost, the man himself very clearly said he was coming back to play with the Bucs and had “unfinished business” to take care of;

These past two months I’ve realized my place is still on the field and not in the stands. That time will come. But it’s not now. I love my teammates, and I love my supportive family. They make it all possible. I’m coming back for my 23rd season in Tampa. Unfinished business LFG pic.twitter.com/U0yhRKVKVm

Second, the weapons being built in Miami still pale in comparison to those in Tampa. Jaylen Waddle and Hill – despite how dynamic Hill can be – are nowhere close to the tandem that Mike Evans and Chris Godwin are. Chase Edmunds isn’t half the running back Leonard Fournette is. And the Dolphins’ defense is a long way from being at the level that Tampa’s is.

Beyond that, why would Brady text Godwin and Evans before his announcement that he’s coming back? Why would he actively recruit guys like Ryan Jensen and Leonard Fournette to return to a team that he planned on trying to bail on? He’s even recruiting other players to come join him in Tampa;

There’s nothing happening between Tom Brady and the Dolphins, according to a source. (He’s also been recruiting free agents to the Bucs, which feels relevant here.) Carry on. @TheAthletic

Jones, now 33-years old, was recently released from the #Titans after one season. Due to injuries, he only played 10 games. pic.twitter.com/yIwnzebj3v

Again, none of it makes sense if Brady’s true intention is to leave. All of this stemmed from an earlier rumor that Brady was going to attempt to purchase an ownership share in the Dolphins following his retirement.

You could lend slight credence to this if Arnold actually intended his tweet to mean the 2023 season, following Brady’s final year under contract with the Bucs but even that seems improbable. If Gisele was on board with Brady un-retiring to rejoin the Bucs it seems that as he would enter his age 46 season she wouldn’t likely be very thrilled with the idea of him still playing or uprooting their family yet again to join a third franchise.

With Brady, nothing is ever out of the question, but to believe that he is going to go to great lengths to set himself up to try and win another championship in 2022 just to turn around and force his way out of town is asinine. In all honesty, if Brady truly was going to buy a stake in the Dolphins franchise it most likely would have been the ultimate troll move. To own them his entire career then turn around and own them in retirement.

Now Arnold is doubling down, not only saying this is for 2022 but that Miami and Brady are “working on a deal” to get him there.

.@DaleEArnold tweeted this afternoon he “wouldn’t be surprised” if Tom Brady goes to the Miami Dolphins this season

Remember: Dale was the first to report Brady to Tampa was a done deal pic.twitter.com/NN46dssrI2

Of course it includes the ever popular “doesn’t mean it’ll get done” to cover himself, but if this is indeed true, wouldn’t that be tampering? Miami can’t speak to Brady because he’s under contract with the Bucs. In order to facilitate a deal they’d have to get it worked out with Jason Licht first then Brady would have too waive his no trade clause.

Arnold is the lone guy saying something is happening here. No one that covers the Bucs nor the national media like Ian Rapoport, Adam Schefter, or Jay Glazer has even so much as hinted at this being a fleeting thought by either side let alone active conversations.