Breshad Perriman back with the Buccaneers on one year deal 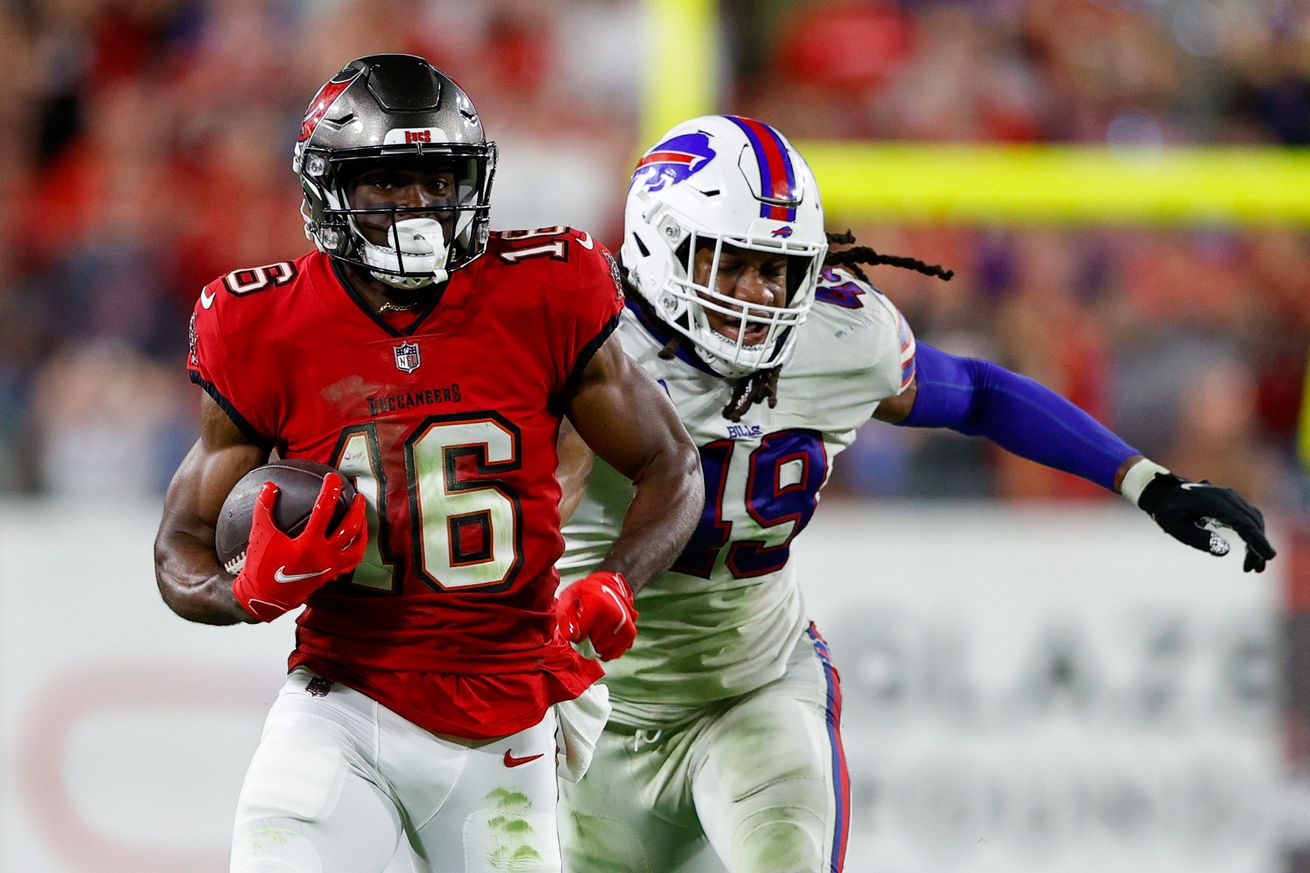 Breshad Perriman is staying with the Bucs – a place where he has found a lot of success on two different occasions – and helping bolster a wide receiver corps that now also includes former Atlanta Falcons receiver Russell Gage;

WR Breshad Perriman is – like Tom Brady – returning to the Bucs, this time on a one-year deal, per his agents @DrewJRosenhaus and @NFLrecord.

Perriman joined the team during the 2021 season when the receiving room was hit with injury after injury and now helps them bulk up at the position before some difficult decisions are made late in training camp.

With Mike Evans, Chris Godwin, and Russell Gage locked in, the Bucs have Scotty Miller, Tyler Johnson, Jaelon Darden, Cyril Grayson, and now Breshad Perriman all fighting for roster spots at a position where – prior to the 2021 season – nobody thought depth would be a problem. After injuries to Godwin and Evans, as well as Antonio Brown before his unceremonious exit, it was shown that the depth wasn’t quite what many thought it was.

The Bucs appear to be overloading at receiver now in order to pick the best of the best to make the roster, regardless of the draft position the player was taken.

In his time with the Bucs, Perriman has played 20 games accumulating 47 receptions on 87 targets for 812 yards – 17.3 yards per reception – and seven touchdowns. The most memorable being Perriman’s overtime winning catch and run against the Buffalo Bills that was also Tom Brady’s 700th career touchdown pass including the postseason.

Details of the contract have not yet been announced other than it is just a one year deal.