Bruce Arians retiring from coaching, Todd Bowles to take over as Head Coach 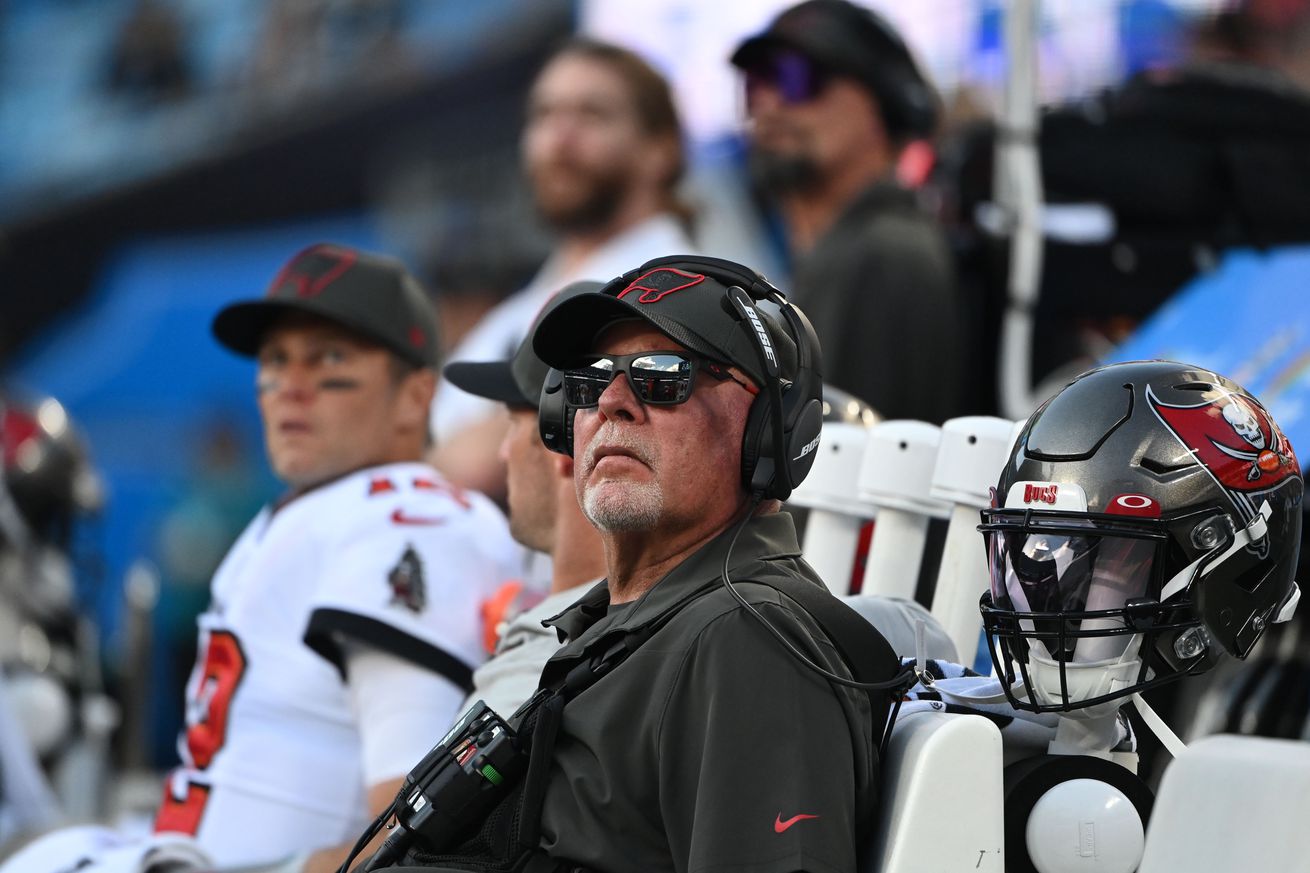 Surprising news coming out of Tampa, but Bruce Arians is stepping away as head coach of the Bucs according to Peter King;

Defensive coordinator Todd Bowles picked to replace him. Staff being told the news at this hour.

Effective immediately, according to King, Arians will join the Bucs’ front office and defensive coordinator Todd Bowles will become the Bucs’ head coach for the 2022 season.

“Succession has always been huge for me. With the organization in probably the best shape it’s been in its history, with Tom Brady coming back … I’d rather see Todd in position to be successful and not have to take some crappy job. I’m probably retiring next year anyway, in February. So, I control the narrative right now. I don’t control it next February because if Brady gets hurt, we go 10-7, and it’s an open interview for the job. I got 31 coaches and their families that depend on me. My wife is big on not letting all those families down.”

Arians left the owner’s meetings in Miami early due to a stomach ailment according to The Athletic’s Greg Auman.

This will be Bowles’ second stint as a head coach in the NFL. He had a 24-40 record with the New York Jets and will now be trusted to lead the Bucs to the Super Bowl in what could be quarterback Tom Brady’s final season. Bowles will also make the fourth Black head coach in Bucs history – including Tony Dungy, Raheem Morris, and Lovie Smith – most in the league.

Todd Bowles now becomes the fourth Black head coach in Bucs’ history – two more than any other NFL team ever has had.

Arians will now take over as Senior Consultant For Football” – though it’s not exactly clear what that role will entail. Arians said he would do whatever the team needed him to do and would attend practices as well as be in the building.

The Bucs are holding a press conference on Thursday with Arians and Bowles to address the media over these changes.

“When Bruce arrived in Tampa Bay three years ago, he spoke about establishing a winning culture and adding another Super Bowl championship for our community. He delivered on both of those promises, and our family is deeply appreciative for all that he has accomplished during his time as our head coach. As impressive as his coaching accomplishments have been, his legacy will live on through the doors of opportunity that he has opened for minority coaches and women in football. We support Bruce’s decision to transition from the sidelines and look forward to continuing to lean on his vast football knowledge and experience well into the future. On behalf of all Bucs fans, I would like to thank Bruce for all that he has done for this franchise and our community.

“Todd is an outstanding coach and one of the league’s most respected defensive minds. He is a natural leader who has a great understanding of all phases of the game and a passion for teaching and developing young talent. His defensive unit played a critical role in our run to winning Super Bowl LV, and he has transformed our defense into one of the league’s finest over the past three seasons. We are thrilled to have him leading our team into this next era of Buccaneer football.”

“I consider Bruce a dear friend and loved working side-by-side with him in a head coach-general manager capacity. I am really proud of what we have been able to accomplish. Bruce established a culture here that set the foundation for a Super Bowl championship. In my opinion, he is a Hall of Fame coach, so it is difficult for our football team to lose that type of leader. However, I am excited to have him continuing his contributions to our franchise in his new capacity.

It was evident to everyone in our organization over the last three years that Todd deserved to be an NFL head coach. I have always felt that if this situation ever arose, we had the best candidate for the job already in-house. Todd’s football acumen is well-documented and has been on full display with the growth and maturation of our defense since his arrival. He is a unique leader who connects with everyone in the building and is extremely respected by players on both sides of the ball. I know we all will toward our shared goal of bringing our fans another championship.”