Buccaneers had informed Brady of Arians’ plans to step down 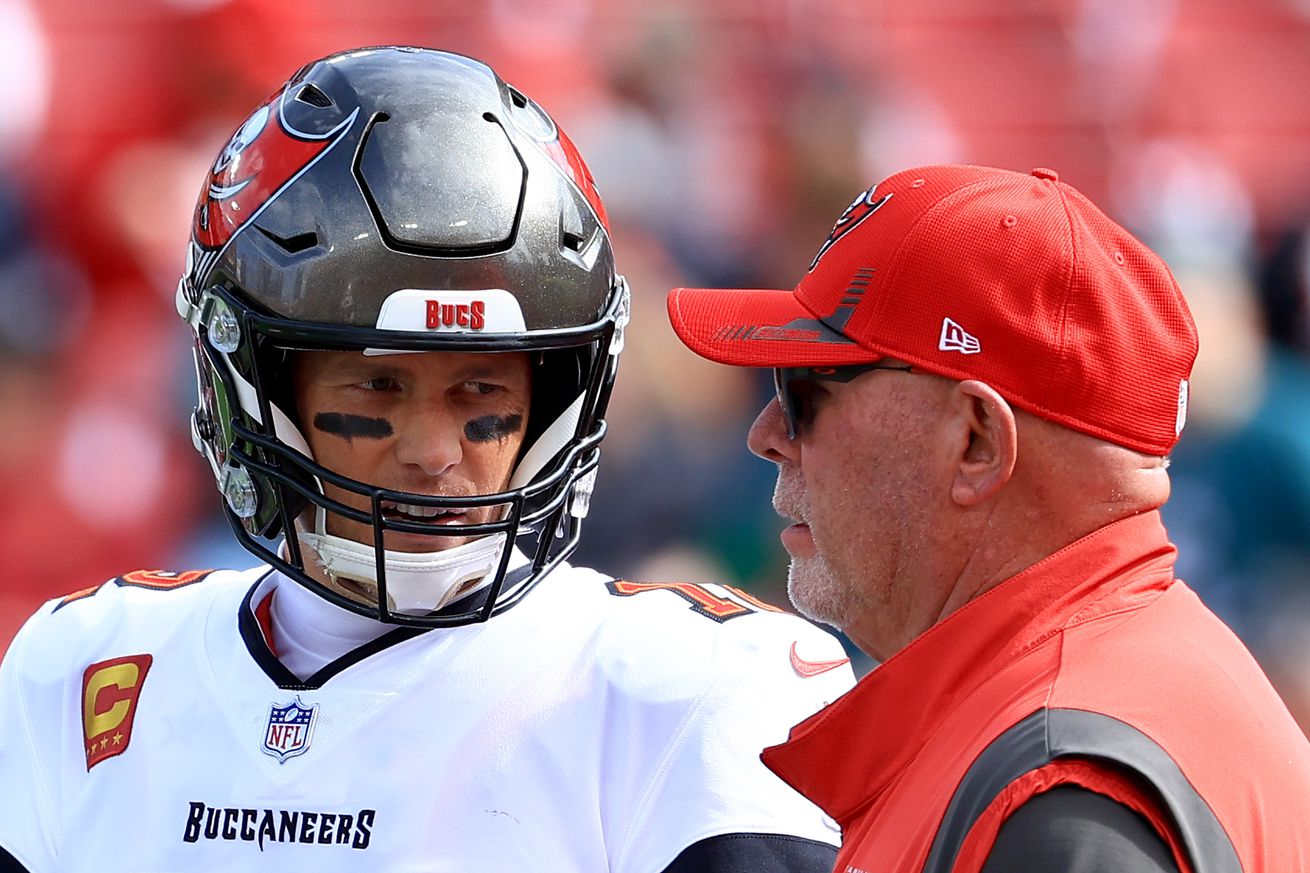 The NFL received another shock from the Bucs Wednesday when everyone in and out of the league learned of head coach Bruce Arians’ decision to step down from his coaching duties and move into the front office.

But that wasn’t the only surprise this evening.

Many are still pointing to a potential — yet very rumored — rift between Arians and quarterback Tom Brady. However, we are learning that Tampa Bay told Brady of Arians’ impending plans to step down upon Brady’s decision to come out of retirement.

This from Rick Stroud of the Tampa Bay Times.

#Bucs QB Tom Brady was informed Bruce Arians planned to step down and Todd Bowles would succeed him as head coach either the same day or a day after the QB announced he was ending his retirement, the @TB_Times has learned. Team insists it was not related to Brady’s decision.

There will still be many pointing to said rumors, but as Stroud notes above, the team states that both moves had nothing to do with the other.

The news of Arians’ retirement certainly came as a shock and perhaps even an odd time. There has been a lot of speculation already as it is. One thing is certain, though, and that is that we’ll continue to learn more as the hours and days progress.