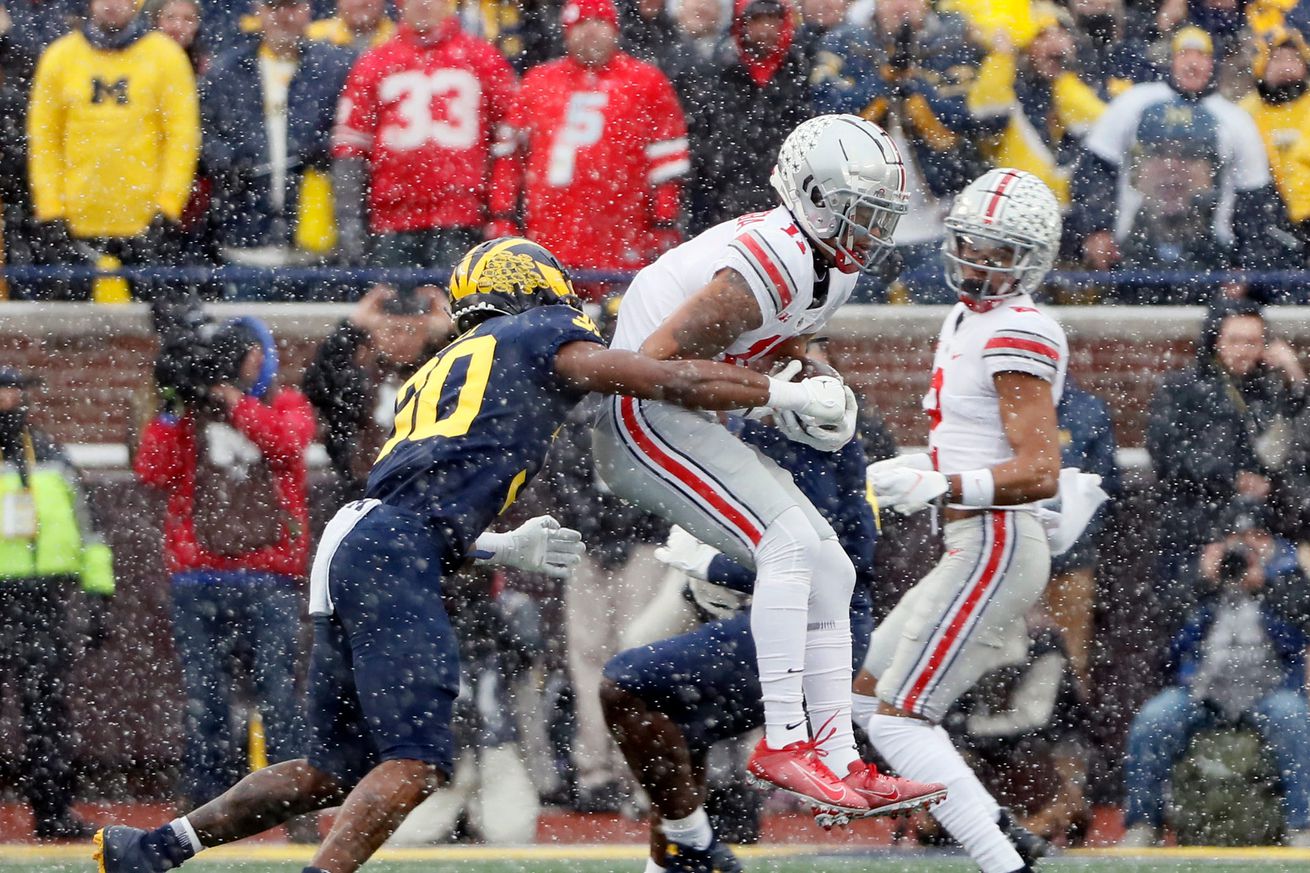 There is a recent trend around mock drafters when it comes to the Bucs – and that’s taking a Safety in the first round. The latest example of this is NFL Network’s Peter Schrager who plucked a Safety from the University of Michigan to shore up the Bucs’ defense with the selection of Daxton Hill. Sharger says;

The Bucs were able to keep Carlton Davis in free agency, but lost well-regarded safety Jordan Whitehead to the Jets. With a still-loaded defense up front, Tampa looks to the school where Tom Brady (and front office impresario John Spytek) went so many years ago.

This pick is a curious one for a couple of reasons. First and foremost – as with the other people mocking Safety to the Bucs – it says that he doesn’t believe in newly acquired Logan Ryan or Keanu Neal to come in and be a true replacement for Whitehead. Now, while Neal is more suited for that role while Ryan is more of a “floater” that can play back or come up to play slot, blitz, or create confusion for the opposing offense, that still doesn’t deter people from looking at Safety as a need for the Bucs.

The other reason this pick is a little bit of a head scratcher is that Georgia Defensive Lineman Devante Wyatt is still on the board and ends up going as the next pick to the Green Bay Packers.

Wyatt seems more like a sure thing if he’s there when the Bucs are on the clock given that Ndamukong Suh is still out there as a free agent. Now, could the Bucs and Suh have a wink-wink agreement that he will re-sign after the drat? Maybe, but that shouldn’t stop the Bucs from picking a plug-and-play guy that can come in and line up next to Vita Vea for the next five or more years.

While Daxton Hill’s talent is unquestionable, it seems like a long shot for the Bucs to take a Safety in round one. While they appear to be rich at the Wide Receiver position, the questions surrounding Chris Godwin’s ACL recovery would make receiver a more impactful first round pick than a Safety would.

Then again, the same was said when O.J. Howard was popping up in mock drafts for the Bucs when no one believed they had a need at Tight End back in 2017.