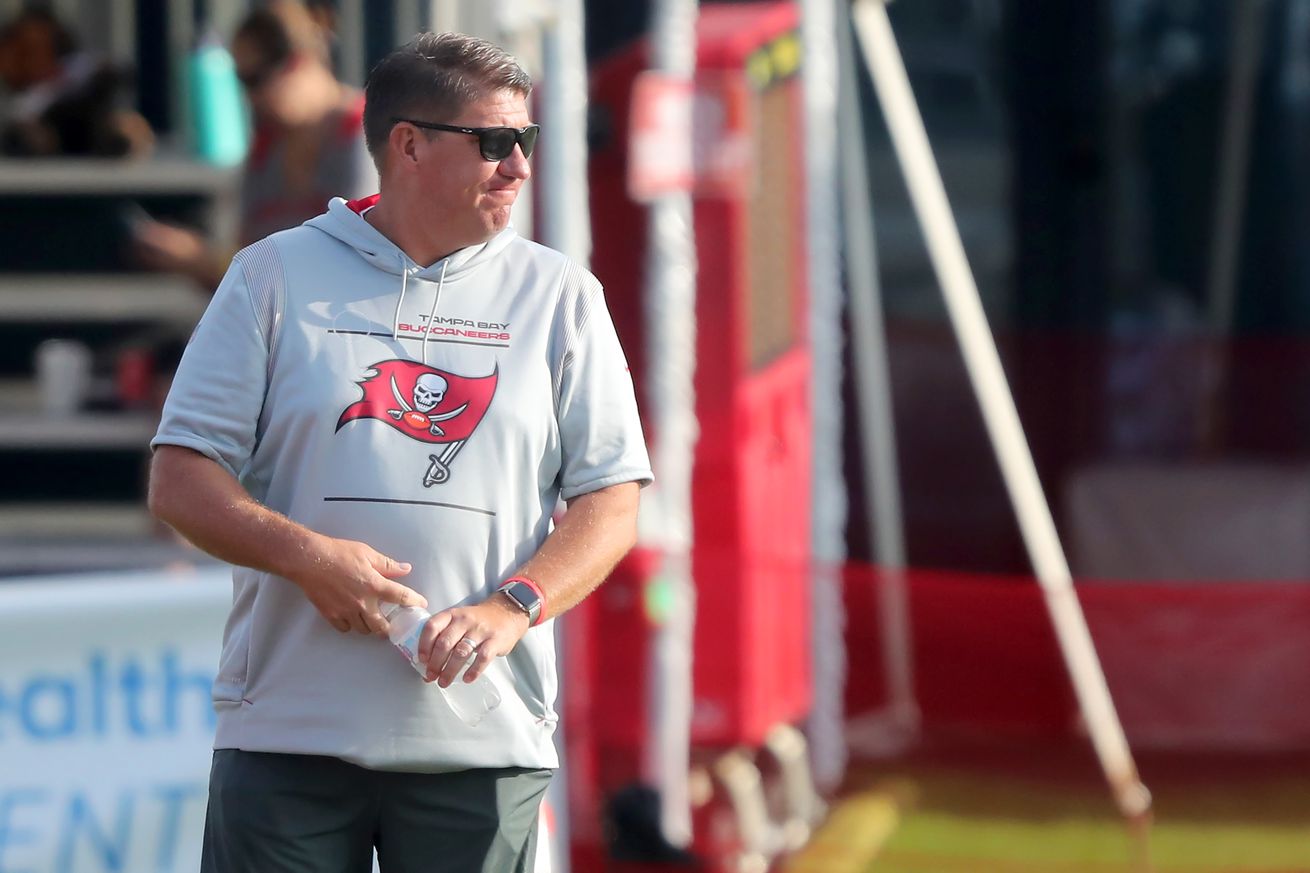 General manager Jason Licht talked about how he viewed the tight end position in this year’s draft.

The Bucs would love to have veteran tight end Rob Gronkowski back for the 2022 season. Gronkowski would also like to re-sign with Tampa Bay. However, the decision from Gronkowski’s end isn’t an easy one and as a result he has yet to decide on whether or not he is returning.

Right now the tight end room consists of Cameron Brate and Codey McElroy for 2022. Many view this as a position of need for the Bucs and with Gronkowski still undecided the decision to perhaps draft a tight end high in next week’s draft may be a move favored by skeptics despite the risks.

And general manager Jason Licht had some good things to say about this year’s tight ends.

However, Licht disgarees with the notion of reaching for a player just because the position at the present time is bare.

“You have to pay attention to that position. Like I said before, you don’t want to push a player up just because, like right now at this very moment, it looks like a perceived need. So, you want to take him at the right spot.”

Tampa Bay can certainly use some help at the position especially if Gronk does not return. But do the Bucs know enough about his situation to go into the draft not concerned with drafting a tight end?

Their decision — or non-decision — during the three rounds of the draft regarding the position could be telling as to where they see their immediate future with Gronkowski is heading.