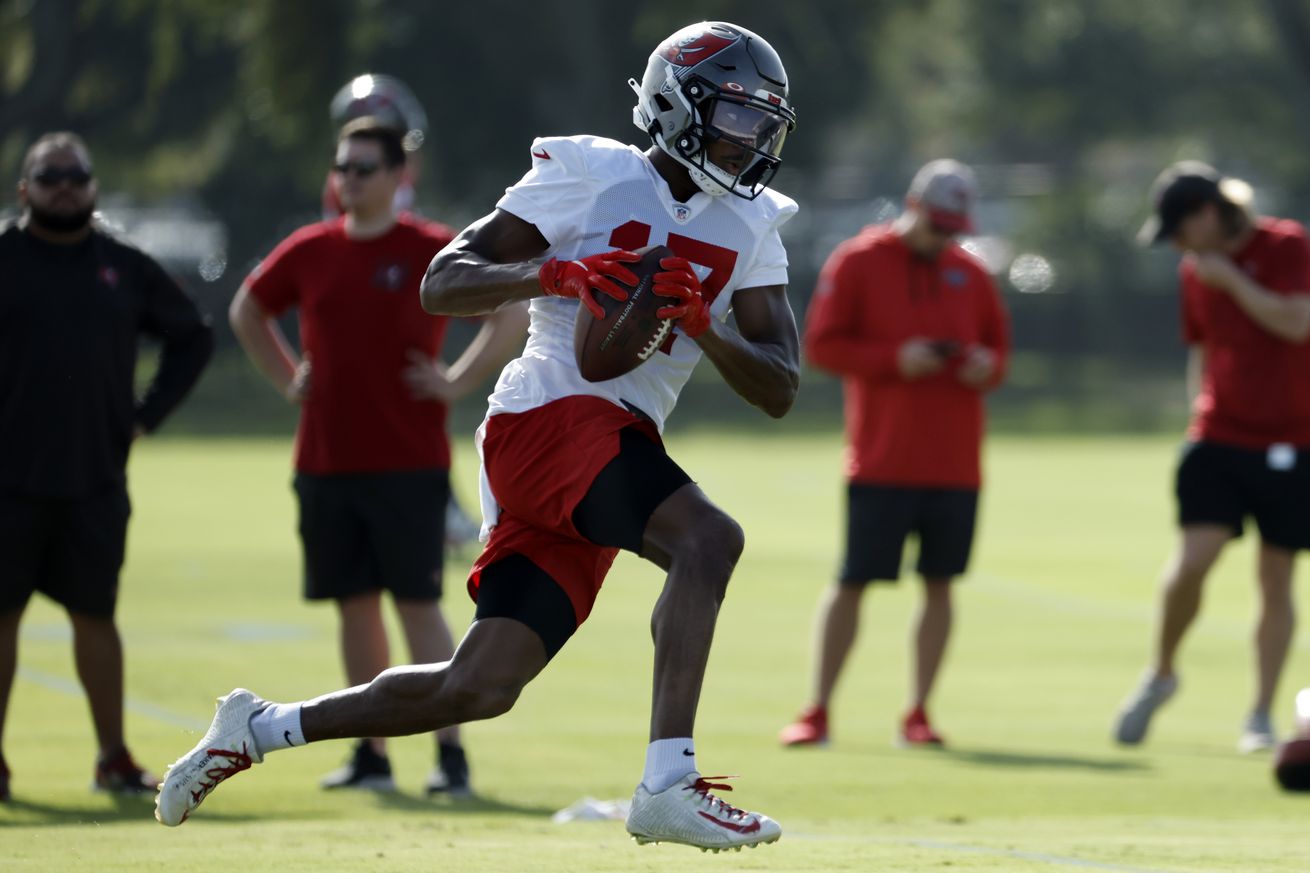 The hits keep coming for the Bucs’ wide receiver group. After Mike Evans suffered a hamstring injury last week, having Breshad Perriman miss the last few practices – and with Chris Godwin being limited as he works his way back from his ACL tear and surgery – now they are without their big free agent acquisition. At least, for a little while.

During one-on-one drills, wide receiver Russell Gage pulled up after his route grabbing the back of his left leg, signaling that his hamstring was hurt. Gage quickly left the field alongside trainers and did not return to practice.

Likely, we’ve seen the last of Gage for the rest of this week. He wasn’t likely to play much if at all on Saturday, but the joint practices against the Dolphins were going to be the big test for the starters ahead of the first preseason game. Now, the Bucs are without two of their top three receivers while the third is still only participating in individual drills.

According to NFL Network’s Ian Rapoport, the injury is not believed to be serious. While Gage may miss a few days as a precaution, this shouldn’t jeopardize his availability for week one against the Dallas Cowboys. With Gage and the rest of the starting receivers out of the majority of practice, Julio Jones was reminding Bucs fans in attendance of the Julio that tortured them for years, consistently beating Dolphins cornerback Xavien Howard during drills.

Another shining star in the receiving corps was second year receiver Jaelon Darden. Darden is beginning to emerge as a viable receiving threat for Tom Brady. With options limited to Tyler Johnson, Scotty Miller, and Deven Thompkins, Darden has asserted himself as a trustworthy target and will get even more opportunity now with Gage missing some time.

More updates to come as they become available regarding Gage’s injury and timetable.