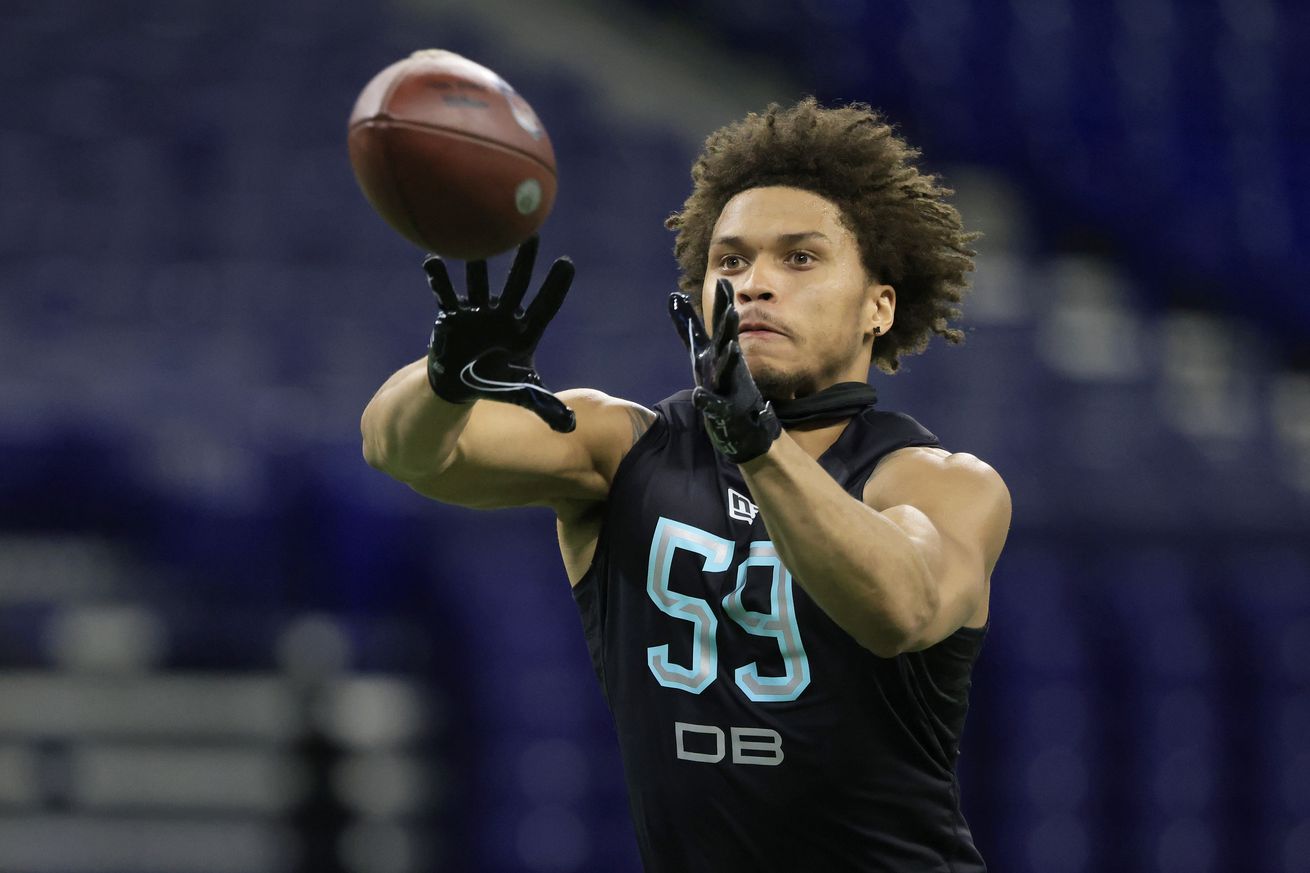 Will the Bucs add to their secondary depth in the upcoming draft?

To pick just 30 out of all the talented young men about to start their NFL careers was difficult, but it’s done, and now we turn our attention to someone who can come in and help the back end of the defense, even after the addition of Logan Ryan – Jalen Pitre out of Baylor.

The Bucs could use more depth at safety. The signing of Logan Ryan was a good start but with the departure of players like Jordan Whitehead and Andrew Adams, the Bucs could look to add even more talent to the position. Watson is a hard hitting in the box safety who can also play Nickle linebacker if need be. He has a very similar build to former Bucs safety Jordan Whitehead and plays very similar as well with good tackling, and run stopping ability. However, with the starters seemingly in place, it is likely that Watson would be a backup/special teamer for the team is his rookie season if he were to be taken in the upcoming draft.

In the next three years for the Bucs the outlook for a player like Pitre is complicated. On one hand there is a possibility Pitre could be future starter if Logan Ryan, and Mike Edwards depart the team in the future and the Bucs look for Pitre to be one of the first players to replace them as a starter. On the other hand, there is a possibility that Pitre remains a backup for the team through his first three seasons as the Bucs coaching staff is very high on players like Antoine Winfield Jr., and Mike Edwards as starting options with good long term potential. However, it would be hard for the Bucs to deny the talent and ability that Pitre brings to the secondary and could be pressed into making hard decisions as to who the starter would be in the future.

The stock of Jalen Pitre is certainly on the rise as many teams could use a hard hitting safety with versatility to play linebacker if needed and Pitre certainly fits the bill in those regards. Pitre is projected to be a solid backup with good potential to one day be a starting safety in the league, and will more likelier than not be drafted in the high middle rounds of the NFL draft.

The Bucs currently have plenty of needs both at starting positions and at depth positions that could make them use their early picks on the draft elsewhere besides safety. While Pitre is a good player with plenty of room and upside to grow into a great player in the league, the Bucs might not be able to draft a backup safety in the early rounds of the draft given the other needs that they have at more pressing position groups.

Let us know Bucs Fans, what do you think about the possibility of the Bucs drafting Jalen Pitre?