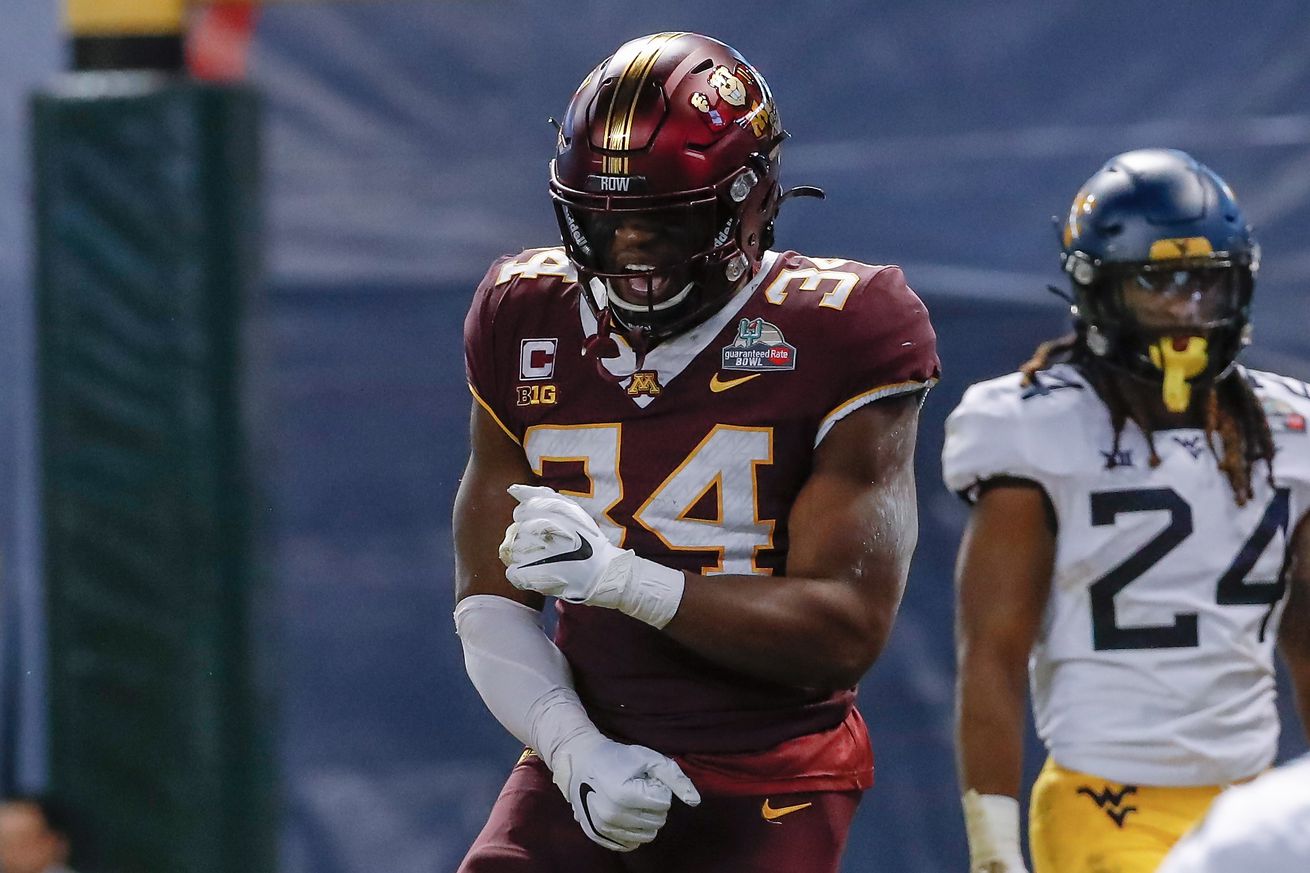 As the NFL draft inches closer, we begin to look at more ideas for what Tampa Bay could do in round one but those ideas may not be the popular one.

That is exactly what we have here with our latest draft profile, Minnesota outside linebacker, Boye Mafe.

Mafe is a player who has earned his way to being a captain on the Minnesota Gophers’ defense. He is a senior who has worked his way up each year before breaking out in his senior season. After having a combined 3.5 sacks and 26 tackles in his freshman and sophomore years, Mafe burst onto the scene in his junior season, producing 4.5 sacks and 27 tackles.

He followed that up with another productive season as a senior where notched seven sacks and 34 tackles. Mafe has improved each year in many areas and has finally developed as a pass rusher, which will be appealing to a lot of teams.

Mafe ran an impressive 4.53 40 yard dash at the NFL scouting combine. He also recorded a 38 inch vertical jump as well as a 125 inch broad jump. He did not participate in the bench press, three cone drill, and the 20 and 60 yard shuttles.

After having a solid 40 time at the combine, Mafe chose not to run at his pro day, but he did end up running the short shuttle and recorded a 4.20 time. Every NFL team was represented at Minnesota’s pro day and Mafe is a big reason why.

With the Bucs selecting Joe Tryon-Shoyinka in the first round last year, Mafe would essentially be assuming Tryon-Shoyinka’s role from last year. In 2021, the Bucs had Shaq Barrett and Jason Pierre-Paul as the two primary pass rushers but JTS would sub in from time to time and Todd Bowles used him in many different ways. With JPP still a free agent, the Bucs could look to give Tryon-Shoyinka the starting job this season and have Mafe be the one who is rotating in.

Three years from now, Shaq Barrett’s contract will be up and instead of looking to replace him with a free agent or another high draft pick, the Bucs could potentially already have the replacement in house. It is looking very far down the line, but it is possible that Tryon-Shoyinka and Mafe would be the team’s two primary pass rushers and Mafe would still be on a relatively cheap rookie contract. Selecting Mafe could be Tampa Bay forecasting the future of the pass rush.

Mafe’s stock has consistently remained in the late first to early second round, but pass rushers tend to be valued very highly so there is always a chance he could sneak into the middle of the first round. The Draft Network has Mafe projected in the 2nd round and all of their analysts agree. It will be very interesting to see where Mafe ends up and it could be Tampa Bay.

The time has come to make the selection. Are you selecting Mafe and pairing him with Barrett and JTS?

Let us know your thoughts in the comments and poll below!