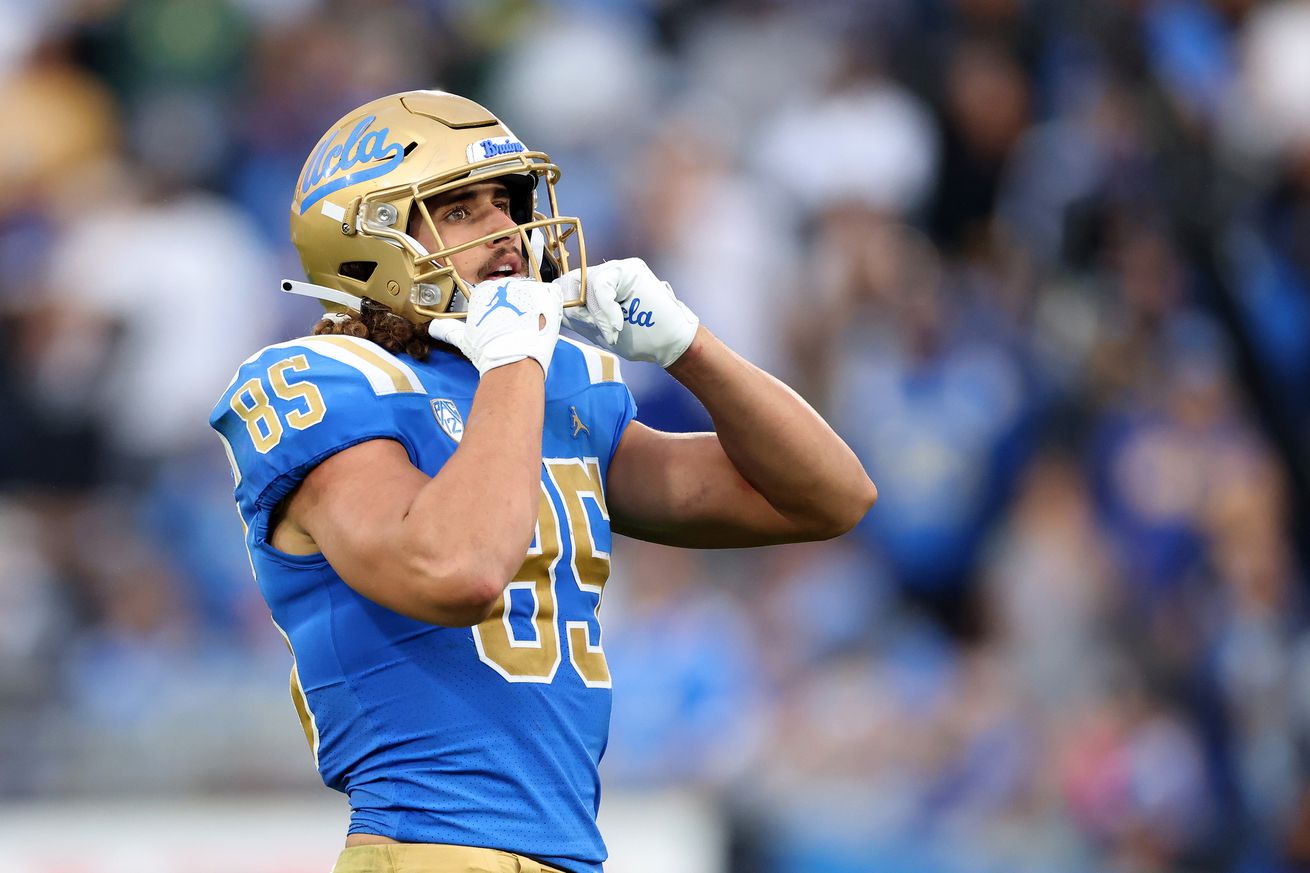 With Gronk still undecided, do the Bucs draft a developmental TE in Dulcich?

To pick just 30 out of all the talented young men about to start their NFL careers was difficult, but it’s done, and now we turn our attention to someone who can come in and help the depth of the Bucs cornerback room, Greg Dulcich out of UCLA

Dulcich’s college career started off slow as the UCLA product played sparingly in his freshman and sophomore seasons, combining for 9 catches, 111 yards, and one touchdown in his first two years in college. However, in his junior season, Dulcich showcased some of his receiving abilities with 26 catches, 517 yards, and five touchdowns for an overall solid season. In his senior year at UCLA, Dulcich would produce even greater stats with 42 receptions, 725 receiving yards, and five touchdowns to cap off an impressive second half of his college career.

WHAT DULCICH CAN DO FOR THE Bucs IN 2022

Dulcich is a player who at the very least in 2022 would compete with Cameron Brate for TE two duties for the team in the 2022 season. With Rob Gronkowski having yet to re-sign with the Tampa Bay Bucs as of the writing of this article, Dulcich would have plenty of opportunities to make plays in year number 1 even with Gronk being the TE one were he to come back to the team. Dulcich would provide good all-around ability for the Bucs not just in receiving but also in blocking as well and would look to contribute in both the pass and run game right away.

A look into the future shows that Dulcich has the possibility of being the Bucs starting TE after a couple of seasons, If Rob Gronkowski returns it’s likely his last season, and Cam Brate is getting up there in age as well. Dulcich would give the Bucs a capable young option at the position who would’ve learned from Gronkowski and Brate for multiple seasons and would be ready to take on a starting role when Gronk and Brate are essentially done.

The stock of Greg Dulcich has been consistent with where experts expect him to be drafted. Most experts have Dulich getting drafted in the third, or fourth round in the upcoming NFL Draft, and is in a good spot for the Tampa Bay Bucs to scoop up in the middle rounds to develop him at the TE position.

Greg Dulcich is a player I believe the Bucs will, and should heavily consider in the upcoming draft. Dulcich provides a lot of versatility as a blocker and receiver and is a very solid fit in a Byron Leftwich style of offense and would be a solid fringe starter in year one, and then has room to grow as the eventual starter at the position for the team in the next couple of seasons. Taking Dulcich in the early middle rounds would be a very solid move for the Bucs overall.

Let us know Bucs Fans, what do you think about the possibility of the Bucs drafting Greg Dulcich?