Buccaneers picked to ‘under perform’ in 2022 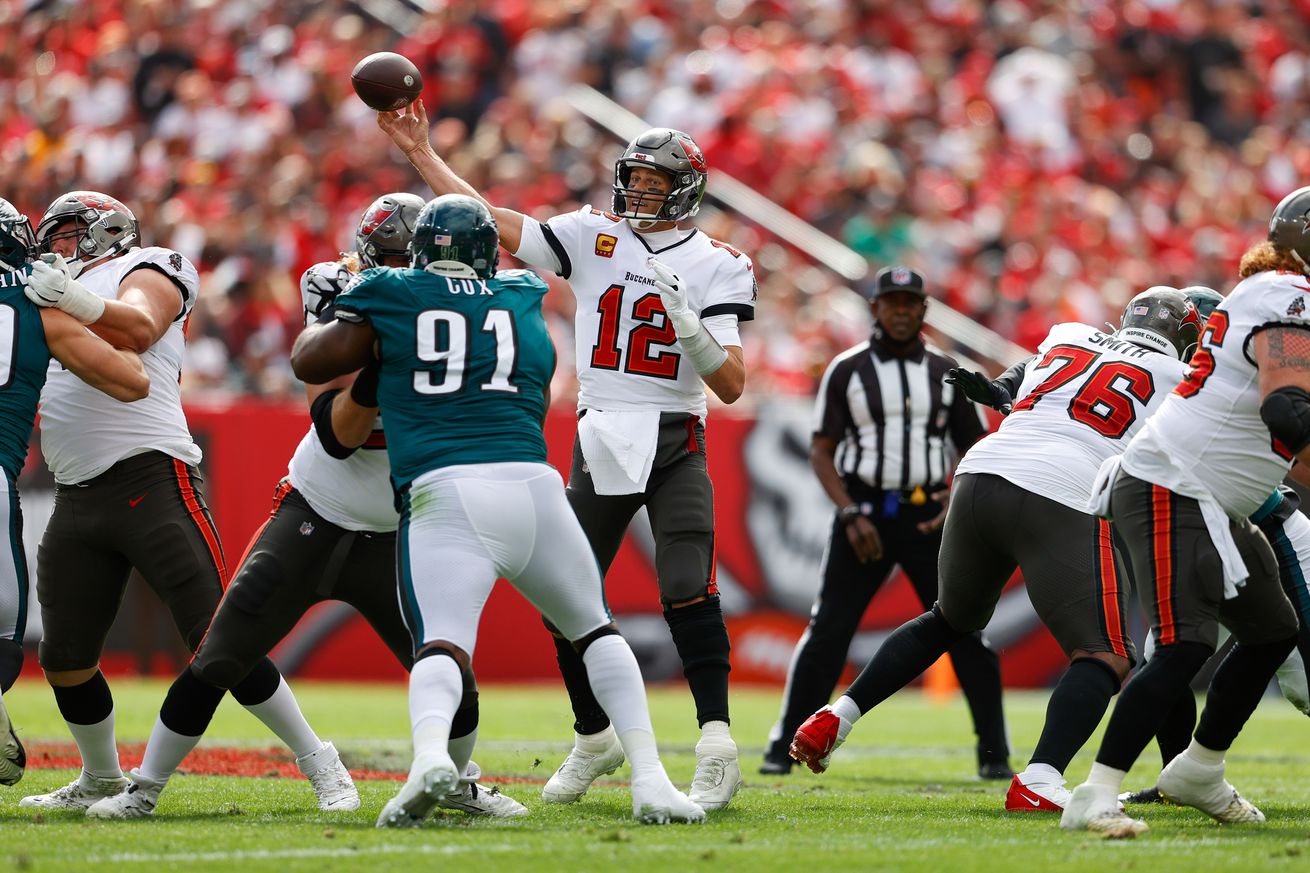 There’s a lot of optimism among Bucs faithful that Tom Brady returning means that the Bucs have as good of a chance as anyone to hoist the Lombardi at season’s end. To win their second Super Bowl in two years and allow Brady to ride off into the sunset – or into the FOX booth – on top is straight out of a Disney+ series.

However, not everyone is buying in.

Vic Tafur of The Athletic gave his over/under predictions for all 32 teams, including five “best bets.” For the Bucs, he’s not so sure they can remain in that top group in the NFC – picking the Bucs to finish under 11.5 wins. Tafur says;

“Well, we can’t count on Tom Brady retiring … and staying retired. But at some point, as this team keeps getting older, they are going to have to focus on staying healthy for the playoffs and not on stockpiling regular-season wins. The roster is not as good as it was in 2020. Not even close. The Bucs’ opening stretch of at Dallas, at New Orleans, Green Bay and Kansas City has me feeling pretty good about the Bucs only going 11-6 or 10-7.”

I’m not sure why he says this roster “isn’t even close” to as good as it was in 2020. They lost Antonio Brown, Alex Cappa, Ali Marpet, Jason Pierre-Paul, and potentially Ndamukong Suh. That said, they’ve added Russell Gage, Logan Hall, and Shaq Mason, Super Bowl starter Aaron Stinnie is in line to be a starter, Joe Tryon-Shoyinka is going to have an increased role. Yes, some of those losses hurt but this roster isn’t drastically different than the one that won Super Bowl LV.

On top of that, one of Tafur’s “best bets” is the New Orleans Saints finishing under 8.5 wins, giving the Bucs the nod to win the division in less impressive fashion than they did last season. About the biggest threat to the Bucs’ NFC South crown, Tafur states;

“Sorry, I just don’t have a lot of faith in Dennis Allen or Jameis Winston, and I think Sean Payton took the parachute and jumped off from this old, expensive roster at the right time. The Saints also have a trip to England scheduled, a tough slate of non-divisional games (Bengals, Raiders, Ravens, Rams and at 49ers) and no bye until Week 14.”

Maybe Tafur is right and the Bucs are more focused on staying healthy than securing home field or a first round bye, knowing they have the roster that needs to get into the postseason as close to 100% as possible. If they do, they can go toe-to-toe with any team in the league and possible win that second Lombardi in three seasons. I’m just not sure you can find six or more losses on the schedule as things stand right now.