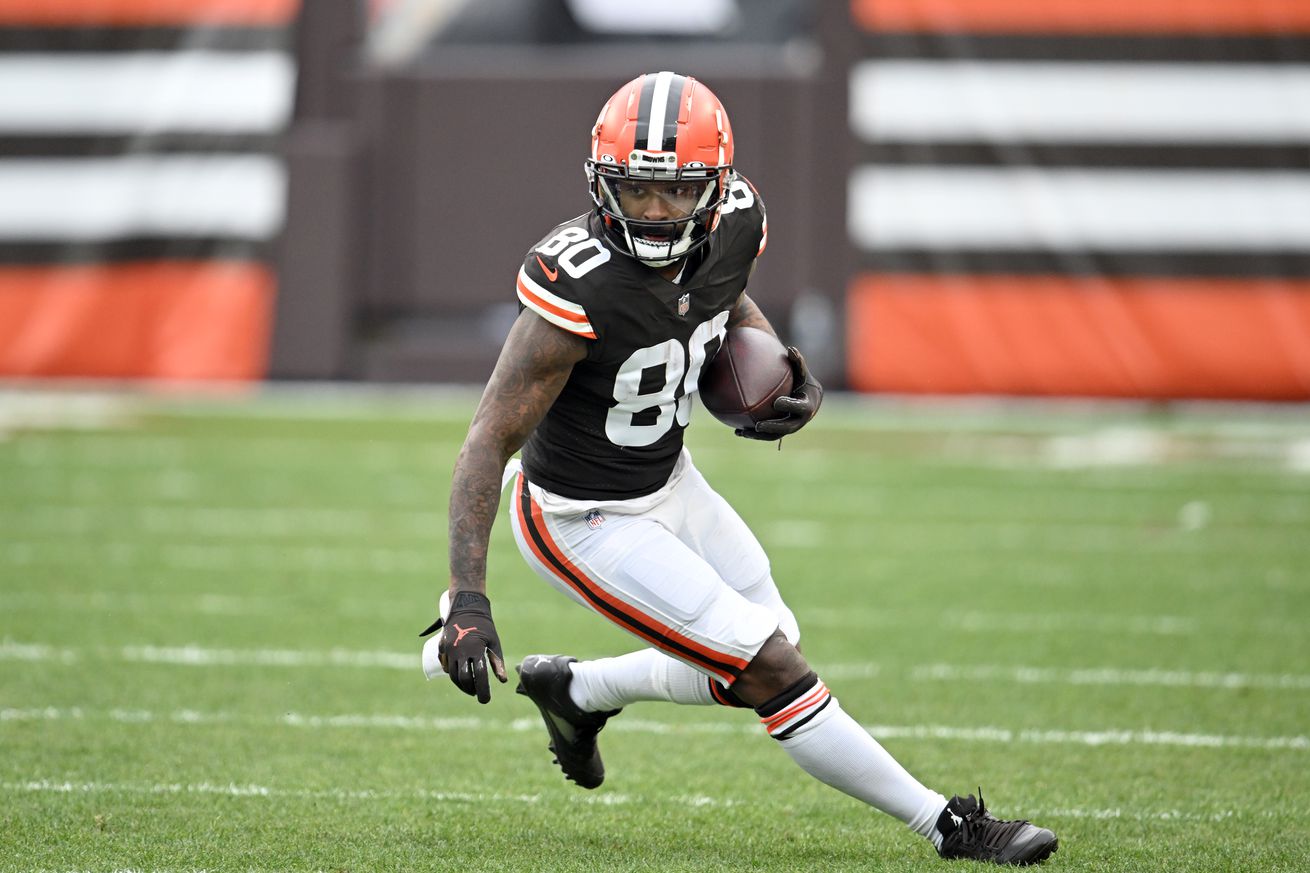 The Tampa Bay Bucs are still looking for a capable 3rd receiver and an interesting option has become available. Recently released by the Cleveland Browns, Jarvis Landry has now hit the open market and the Bucs might be where he finds his new home. In a recent tweet from ESPN’s Dan Graziano, he has the Tampa Bay Bucs as a team to watch for a potential landing spot for the former five time Pro Bowler and expects the team to have interest in signing Landry.

Landry will have a market, but I’m watching Patriots and Bucs especially closely here. https://t.co/5Rc5UuD5te

With the return of Tom Brady, Ryan Jensen, Chris Godwin, Aaron Stinnie, and likely more additions to be made, the Bucs could certainly use the talents of a player like Landry who would be a very interesting fit in a Byron Leftwich style offense. Of course given the teams salary cap situation after all of the signings they’ve already made, the price would have to be a favorable one for the Bucs as it is likely they would not be able to compete in a bidding competition for Landy’s services. This will be a situation worth monitoring as there as still many more moves for the Bucs to make in the opening stages of free agency with bringing back more of their own players, and adding new faces as well.