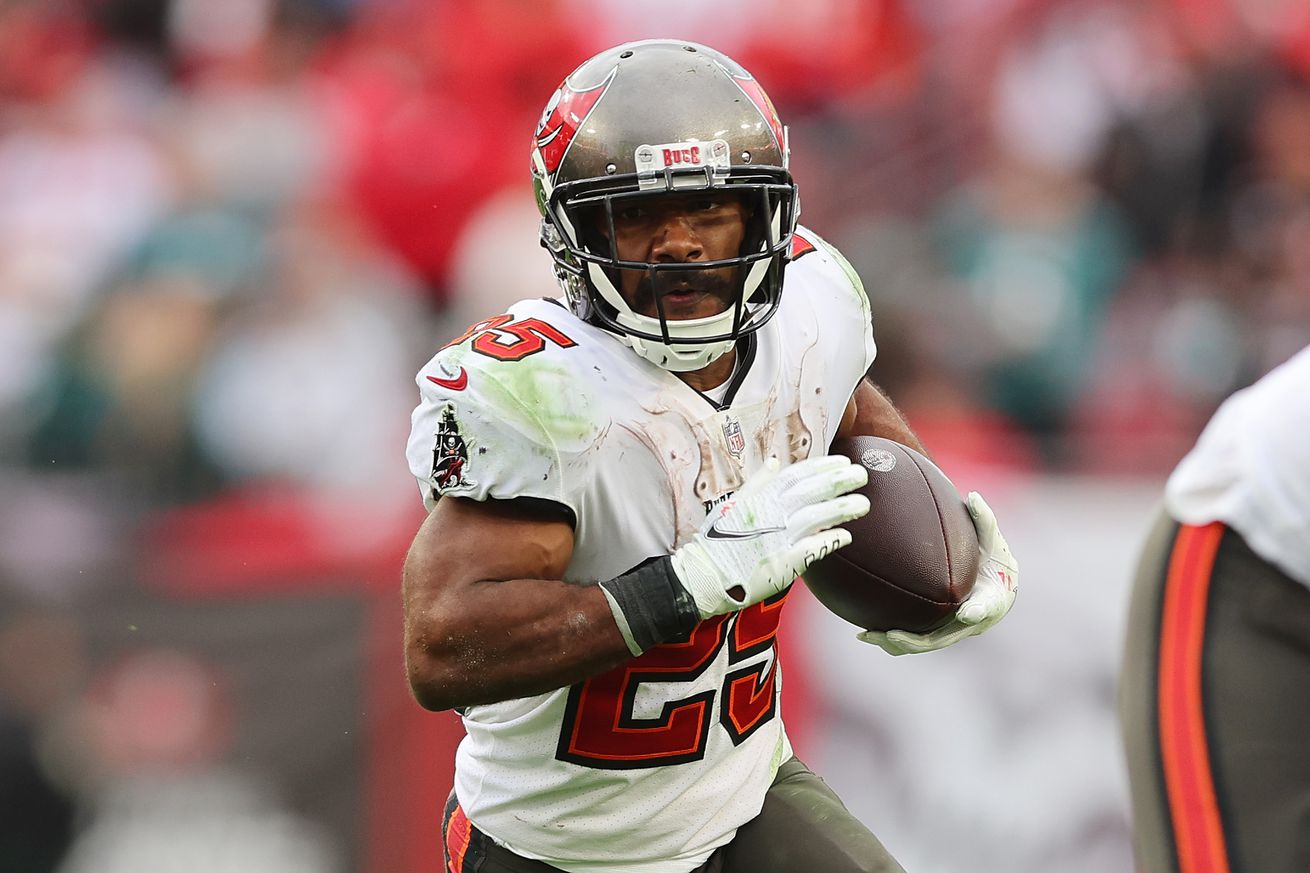 The veteran pass catching back is reportedly returning to Tampa Bay

According to Tom Pelissero of NFL Network, The Bucs have brought back veteran running back Giovani Bernard on a one year deal. Pelissero notes that Bernard had other offers, but chose to return to Tampa Bay.

Greg Auman of the Athletic later came out with the full details of the deal:

Gio Bernard goes back to the Bucs on a veteran salary benefit deal — $1.12 million base salary, $152,500 bonus. Got his first career playoff victory last year with Tampa, can chase a ring with Brady this fall.

For the Bucs, this is just a way to add cheap depth that is familiar with the system. Bernard signed with the Bucs last year and was expected to be their 3rd down running back, but in 2021 Leonard Fournette really turned into an all around running back and Bernard’s role was smaller due to some injury issues and the amount of snaps and productivity that Fournette had.

With both Fournette and Bernard back in the fold for 2022, it puts less pressure on a player like Ke’Shawn Vaughn to be productive while also improving Tampa Bay’s depth in the RB room.

Bernard is still a very capable receiving back who is still a willing pass block as well so he should still be able to carve out a role for himself on the team even if it is a small one. He could also serve as some insurance in case Fournette regresses in the pass catching areas this upcoming season.

The Bucs could still look to select a running back in the upcoming draft, but the re-signings of Fournette and now Bernard allow Tampa Bay to keep their options open when it comes to what positions they will target later this month.

A position group that faced a lot of uncertainty heading into the offseason is being pieced together with some familiar faces and the potential to add a new face in the NFL Draft. Time will tell just how aggressive the team is in adding another running back this offseason.