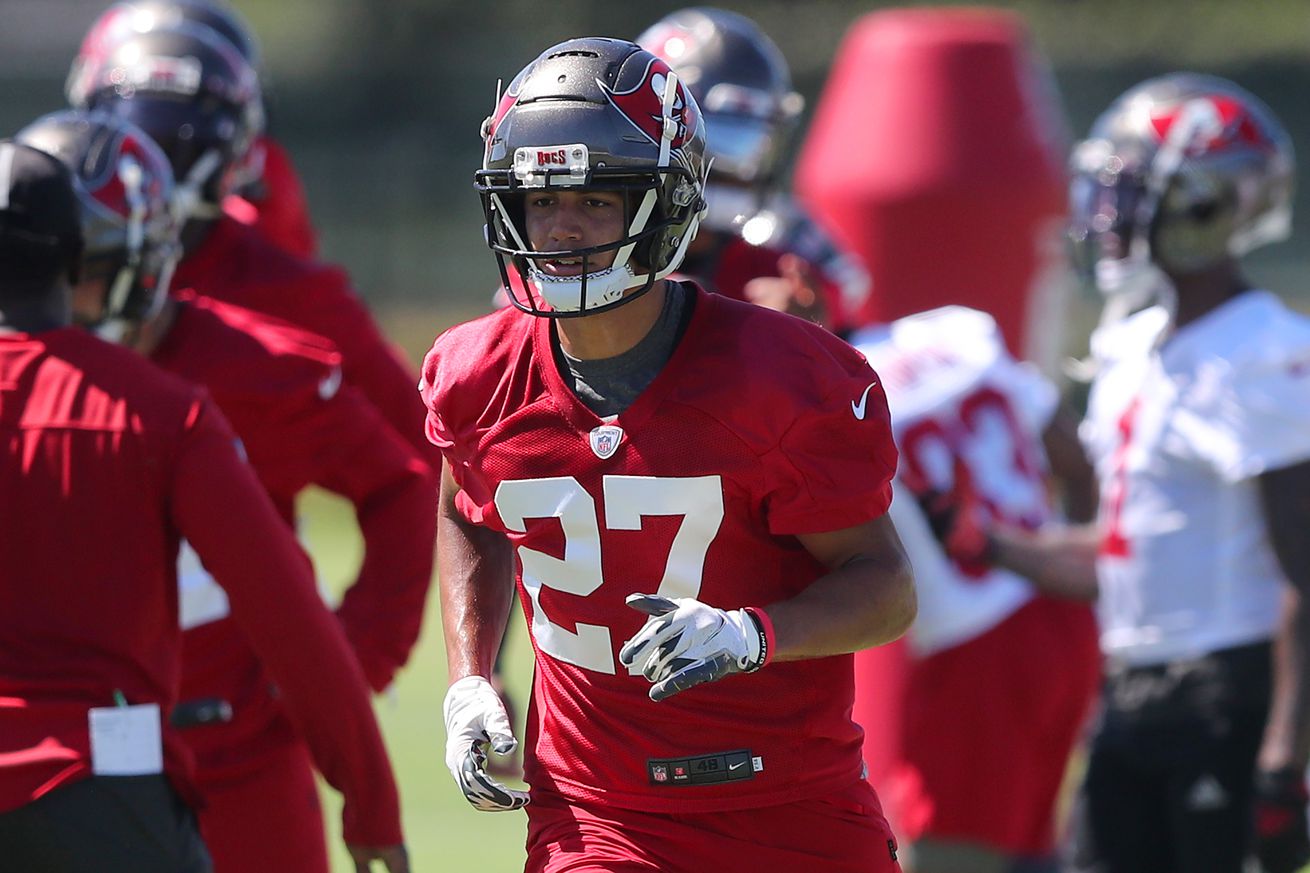 There were a few surprises in the Bucs’ initial depth chart, but it’s important not to read too much into it

The Bucs have released their initial depth chart ahead of their first preseason game this Saturday against the Miami Dolphins. While most of the starters are exactly what you’d expect, there were still a few early surprises.

In the highly contested wide receiver group, new addition Julio Jones has been placed at the number four spot behind Mike Evans, Chris Godwin, and his former teammate Russell Gage. While there will plenty of snaps for Julio throughout the year, it’s hard to place him above the guy they signed to be the number three guy when he just joined the team a week ago.

Another surprise on the offensive side of the ball is the running back order. Behind established starter Leonard Fournette, the second through fourth backs in order were Ke’Shawn Vaughn, Gio Bernard, then Rachaad White. As impressive as Bernard has been through training camp thus far, many expected him to be the second running back on the chart.

Defensively, Sean Murphy-Bunting is listed as the number two corner, followed by Jamel Dean at three and rookie Zyon McCollum at four. Mike Edwards is listed as the starting safety along with Antoine Winfield Jr. with both newcomers Logan Ryan and Keanu Neal listed as the second team safeties.

Something that may provide optimism among Bucs fans but could also mean nothing in the grand scheme of things is that Ryan Jensen is listed as the starting center. Jensen, who suffered a knee injury on the second day of training camp, being listed as the starter now could mean the Bucs are hopeful his injury isn’t season ending. Even if we don’t see him on the field until December, keeping him on the active roster following final cuts then placing him on injured reserve could open the door for him to return if he is able. Again, with this being the initial depth chart before the first preseason game, there’s no reason for Jensen to not be listed as the starter while the Bucs are still waiting on a diagnosis on the severity of Jensen’s injury – or, at least, waiting to announce what that diagnosis was.