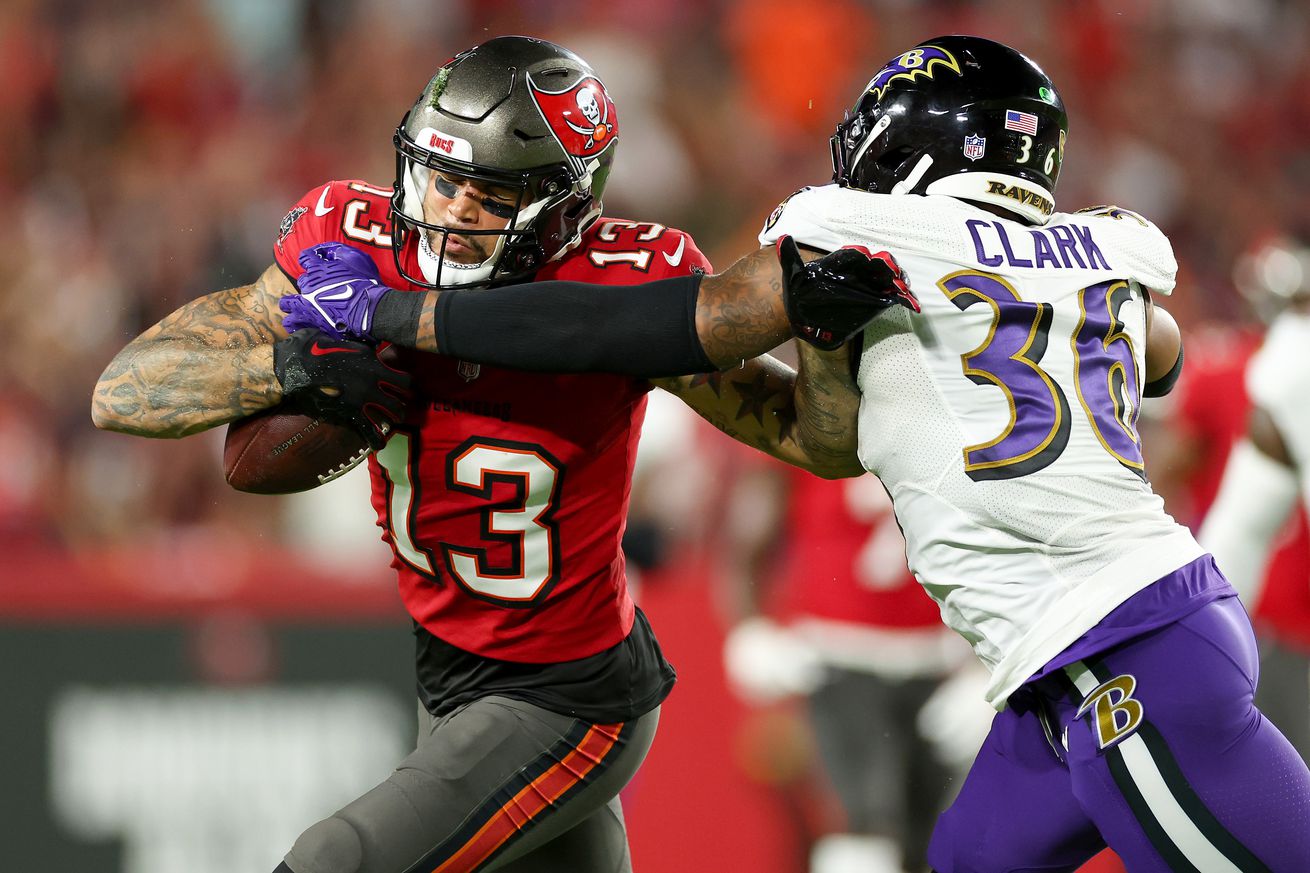 The Bucs are deeply broken, and the whole nation now knows it after the Baltimore Ravens scored 21 unanswered points and eventually secured a 27-22 victory that wasn’t as close as the box score appears.

Tampa plummets to 3-5 on the season. We’ll give some top performer shoutouts to a few players who did alright and then take a much-needed 10-day break from this team…you know, before they play the Los Angeles Rams, who own them.

I mean, Evans torched Marlon Humphrey all night and recorded some big plays during his six-catch, 123-yard performance. He also made some notable miscues and could’ve had more with some better throws from Tom Brady.

It’s about the best you can expect from this dysfunctional offense. Godwin made six grabs for 75 yards, which is nice, but his true potential is being wasted since offensive coordinator Byron Leftwich thinks he’s useful only inside 5 yards of the line of scrimmage.

The running game was once again largely irrelevant, so no shoutouts there.

It’s telling that your best player on the night only played one half of football. Barrett recorded two tackles for loss and a sack, doing his part to frazzle Lamar Jackson early and give the team much-needed life.

Unfortunately, Shaq went down with an ankle injury and the team immediately ruled him out. It all went downhill from there, as the Ravens ground the defense into pewter paste en route to recording well over 200 rushing yards.

Jamel Dean played well in the secondary, as he usually does, but he couldn’t make up for the failings of replacement-level players like Keanu Neal, Zyon McCollum and Dee Delaney.

Vita Vea also notched his best game of the season with a sack and a couple run stuffs, but that only does so much when you have teammates like Devin White and William Gholston playing like liabilities.

When Darden decides he is okay with the prospect of being hit, he can be a very effective returner. He looked much more confident on Thursday and helped the Bucs control field position in the first half.

Two returns of 18 and 15 yards showed why the team remains high on his athleticism, at the least.

Camarda made some nice punts early on as well, including his first punt pinned inside the 10-yard line. He averaged 53.4 yards and continues to show some fine upside.

Succop also remains reliable, making all three of his field goals to ensure he remains among the league leaders in made kicks. He already has 19 on the year.