Bucs Stock Watch: Who’s up, Who’s down for Week 8 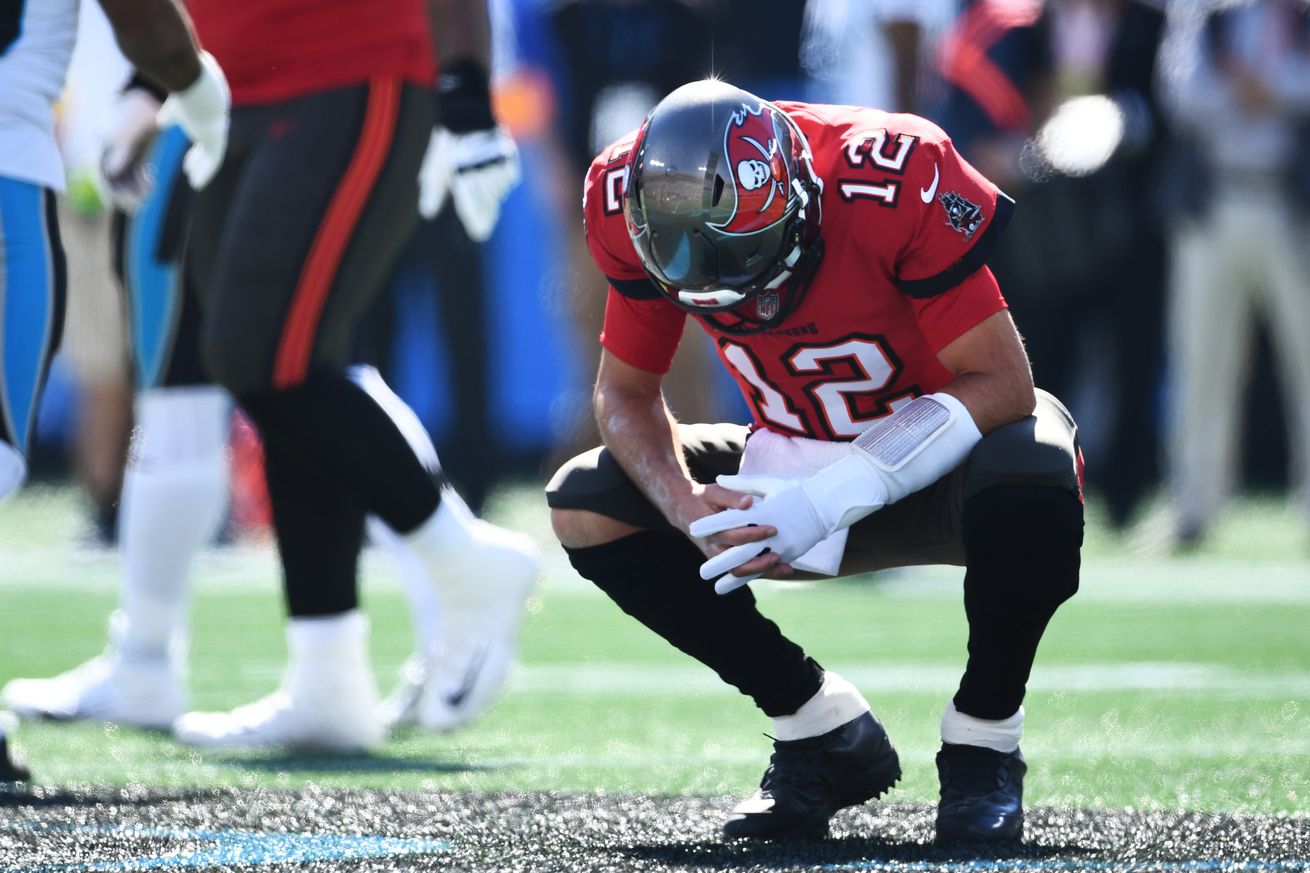 Which Bucs raised their stock over the past week and which ones didn’t?

Welp. The Bucs dropped another game they absoultely could not afford and they fell to 3-4 on the season. This is only the second time in the Tom Brady era that Tampa Bay is under .500, the first being when they were 0-1 after a week one loss in 2020.

A lot of the Bucs’ stock is very much down, but let’s see if we can come up with a few silver linings.

Rookie tight end Cade Otton was given a big opportunity on Sunday with Cameron Brate out and he did not disappoint. Otton made several impact plays and ended the day with four catches for 64 yards. Otton continues to shine with more playing time and has certainly earned consideration to be the team’s number one tight end even when Brate returns.

Leverett did not play much, but he was solid in a small sample size and impressed in this game more than Luke Goedeke. While the offense’s overall performance was one to forget, Leverett’s small contribution should not be overlooked, especially since he is slated to start on Thursday against Baltimore in place of the injured Goedeke. Let’s hope Leverett can build on this momentum.

The Bucs coaching staff’s stock has been trending down for a while now, but it really was magnified on Sunday. After losing to a bad Steelers team, the Bucs faced a must win against another struggling opponent and they came out flat and just simply looked unprepared. This staff continues to search for answers and they cannot seem to find any right now. Tampa Bay’s offense looks like one of their worst in the entire league and the defense continues to play undisciplined, sloppy football. Things must be turned around quickly before it is too late.

This one stings, but it must be brought up. Simply put, Brady is not the only issue in this Bucs offense. He’s not even top four issue, but he has to be better. When you are the quarterback and leader of the offense that failed to score a touchdown against the lowly Panthers, your stock is just naturally going to go down. Brady has been decent this season, but the Bucs need him and his supporting cast to be much better if they want to turn this thing around. It is time for Brady to step up and put this struggling offense on his back.

The Bucs are now facing gut check time. Now is the time to put up or shut up. At 3-4, the season is slowly slipping away and they must right the ship quickly if they want to make the playoffs or else major changes may have to be made.