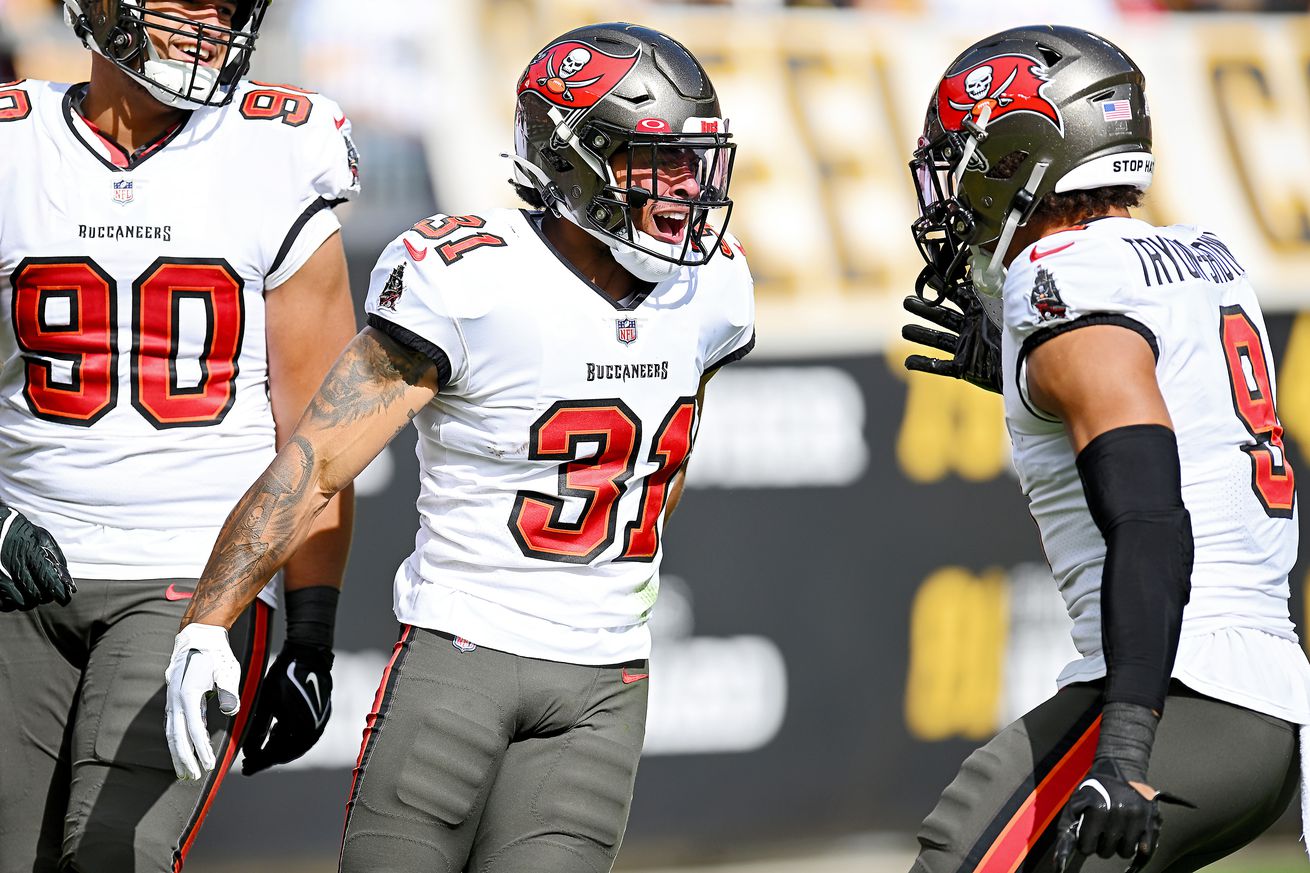 As the Bucs prepare to try and get off the snide against the Baltimore Ravens Thursday night, they will have to do so without multiple starters.

Antoine Winfield Jr., Carlton Davis, Sean Murphy-Bunting, and Russell Gage will all be out tomorrow against the Ravens which will cause problems on both sides of the ball. Against a dual threat like Lamar Jackson, losing two corners and an all-around impact safety will put the Bucs at a severe disadvantage.

Luke Goedeke will also be out, opening the door for Nick Leverett to get the start and all the reps rather than the constant swapping of the two players we saw against the Panthers last week. Cameron Brate will miss his second straight game with a sprained neck, so Cade Otton will once again get the bulk of the targets at the tight end position.

Akiem Hicks is questionable to return after missing multiple games with a foot injury while receiver Julio Jones will be a “game time decision” with a knee injury. Julio has not played since the loss to the Chiefs back in week four.

For the Ravens, they will be without Calais Campbell who is dealing with an illness. Multiple players – including tight end Mark Andrews (knee), wide receiver Rashod Bateman (foot), cornerback Marlon Humphrey (hamstring), running back Gus Edwards (knee), cornerback Marcus Peters (quad), and tackle Ronnie Stanley (ankle) are all questionable.

The Bucs will call up practice squad players Nolan Turner, Don Gardner, and and J.J. Russell to fill the void of injured players on a short week.

The Bucs and Ravens will kickoff in Raymond James Stadium at 8:15 p.m. ET. The game will be on Amazon Prime as well as Tampa’a FOX 13 with Al Michaels, Kirk Herbstreit, and Kaylee Hartung on the call.