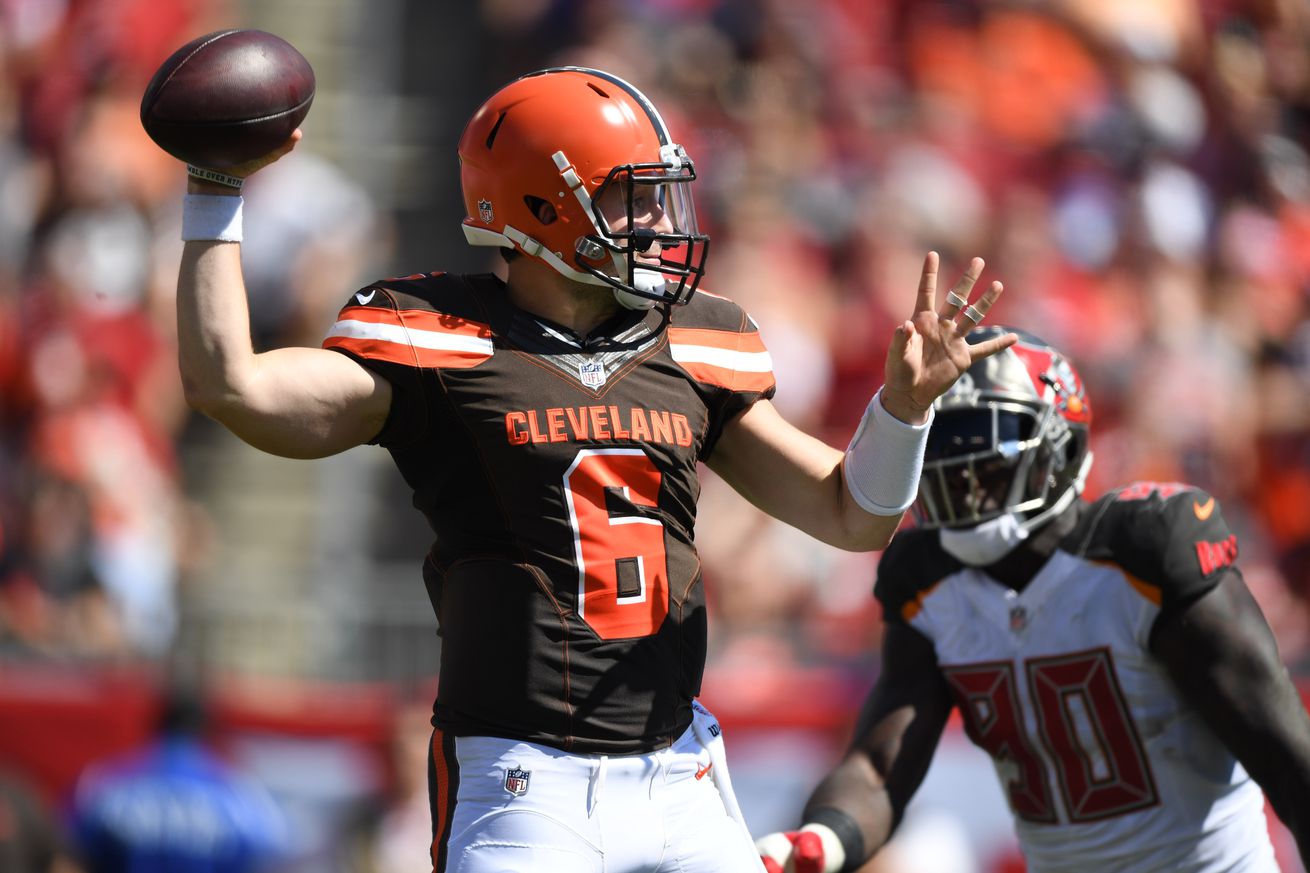 But is Tampa Bay even considering it?

We all know by now how former Bucs head coach Bruce Arians felt about Baker Mayfield and how the Tampa Bay organization evaluated the former Cleveland starter. Things could undoubtedly be different now especially since Arians is no longer the head coach. That still has not persuaded some to think that a Bucs-Mayfield marriage won’t happen.

Take former NFL general manager Mike Tannenbaum for example, who suggests the Bucs should send a 2022 fourth round pick to the Browns for Mayfield.

The Browns made a decisive decision this offseason by bringing in Deshaun Watson for a substantial price in terms of picks and guaranteed money, which led to them moving on from Baker Mayfield. This move feels necessary for both sides.

Let Baker sit for a year and learn as much wisdom from Tom Brady and Byron Leftwich as possible. Let him use this season as an investment in his future and take in all the gifts that Tom has to give in terms of professionalism and preparation. This would be very similar to what Mitch Trubisky did this past season with Buffalo.

Interesting, of course. Considering that Tampa Bay does not have much cap space (currently) to work with Tannenbaum also adds that the Browns should eat up most of Mayfield’s salary.

This is a topic that has been intriguing for quite some time now this offseason. But it’s most likely so intriguing that it may just never come to fruition, unless the Bucs want to carry five quarterbacks into training camp.