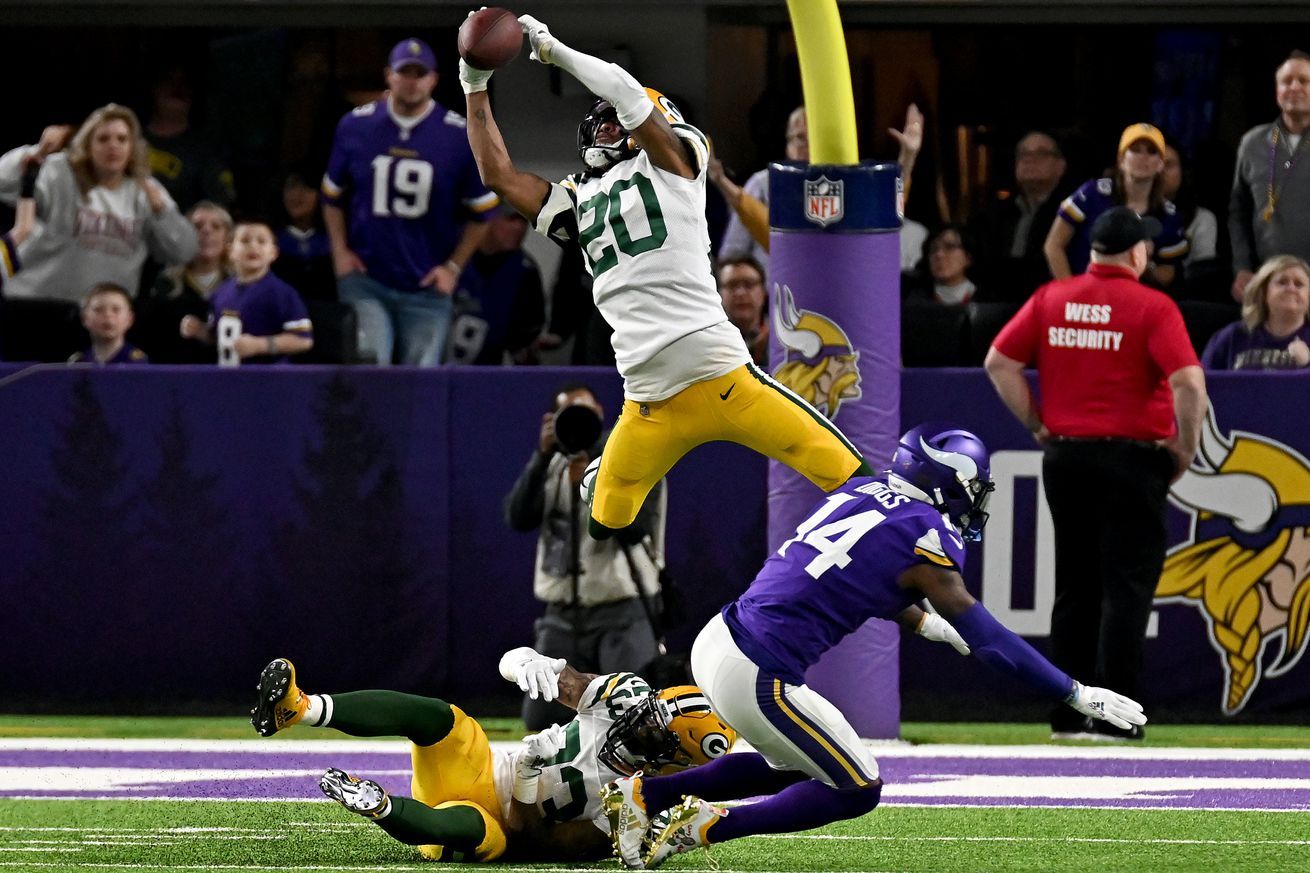 The Bucs have rarely sifted through the free agent market to find starting cornerbacks in recent years. Instead, they have opted to invest heavily in the position through the draft, which has largely worked out thanks to hits like Carlton Davis and Jamel Dean.

However, the time has come where the Bucs need to decide on long-term deals with their homegrown talent. Davis, in particular, is the one to keep an eye on, as he’s been vocal about commanding top-dollar value.

He’s proven it as well, playing like a top-15 cornerback for the last two years. He’s really Tampa’s only candidate for the franchise tag, which the club will have to decide on by March 8.

If the Bucs lose Davis, they’ll need reinforcements for the short- and long-term. In terms of affordable veterans with a plethora of starting experience, Kevin King tops the list. Could Tampa give him a call?

The Green Bay Packers selected King in the second round of the 2017 NFL Draft. At 33rd overall, he was basically the team’s first-round pick, as Green Bay took a shot on King’s unique athletic profile. At 6-foot-3 with 32” arms, King ran the fastest 3-cone and short shuttle of any corner at the combine, so his physical talents were clearly enticing.

Unfortunately, King struggled to see the field his first two seasons due to several injuries. He suffered a concussion and a torn labrum during his rookie year, and then his sophomore campaign got derailed by groin and hamstring injuries.

He finally put it together in Year 3, starting a career-high 14 games and recording career-bests in tackles (65), passes defensed (15), and interceptions (5).

It came crashing back down in 2020, as he got picked on throughout the year and failed to notch any interceptions. His failures became visible on a national stage, ironically, against the Bucs in the NFC Championship game.

Mike Evans scored on him, and Scotty Miller toasted him for a buzzer-beater TD at the end of the first half to permanently shift the momentum in Tampa’s favor. King also got called for the critical holding penalty on Tyler Johnson with limited time remaining to essentially end the game.

BRADY TO SCOTTY MILLER TD TO END THE HALF

Despite those failures, the Packers did re-sign King to a one-year deal worth $5 million this past season, where he spot-started 6 games and served as key depth. He seemed to have a better year, grading out at 70.6 on Pro Football Focus.

At a glance, King fits the typical archetype that the Bucs look for at the position. All of the Bucs CBs who have taken major snaps over the last 3 years are at least 6-foot tall. They want players who can get their hands on receivers and mix it up near the line of scrimmage while remaining resilient in zone coverage.

King has not always been consistent, but he’s certainly showcased plus-starter ability in the past while fulfilling similar roles that defensive coordinator Todd Bowles would likely ask of him.

Tampa could decide that they feel alright with other players who made large contributions last season and already know the system, like Dee Delaney or Pierre Desir. They’re more proven commodities in Bowles’s system and would be more affordable.

They might also opt to dip back into the draft pool in a deep corner class, which provides much more affordability for at least the next 4 years.

King will cost significantly less than other options on the market like Darious Williams, Stefon Gilmore, or Davis. After making $5 million in 2021, an AAV between $6 and $8 million for the soon-to-be 27-year-old seems like a fair price.

That’s ultimately fair regardless of the role he’d be asked to fill, though anything exceeding $10 million in any capacity would be too rich given the lack of consistency to this point.

There are several questions that both sides would need to address. For the Bucs, would this be a Ross Cockrell or Richard Sherman-like signing? One aimed primarily at shoring up depth on the outside? Or would this be for a serious opportunity at starting full-time?

The Bucs need to know how they feel about the futures of Davis and/or Dean. And how would they feel about King’s past injury history? All of that factors into the price as well.

Will King only accept a contract that guarantees a chance to start?

King helped make a lot of happy memories for Bucs players and fans alike not too long ago. He just wasn’t wearing red and pewter while doing so.

He’s not Carlton Davis, but King might provide higher upside than existing replacement options if he can remain healthy and work on big-play prevention.

What say you, Bucs Nation?