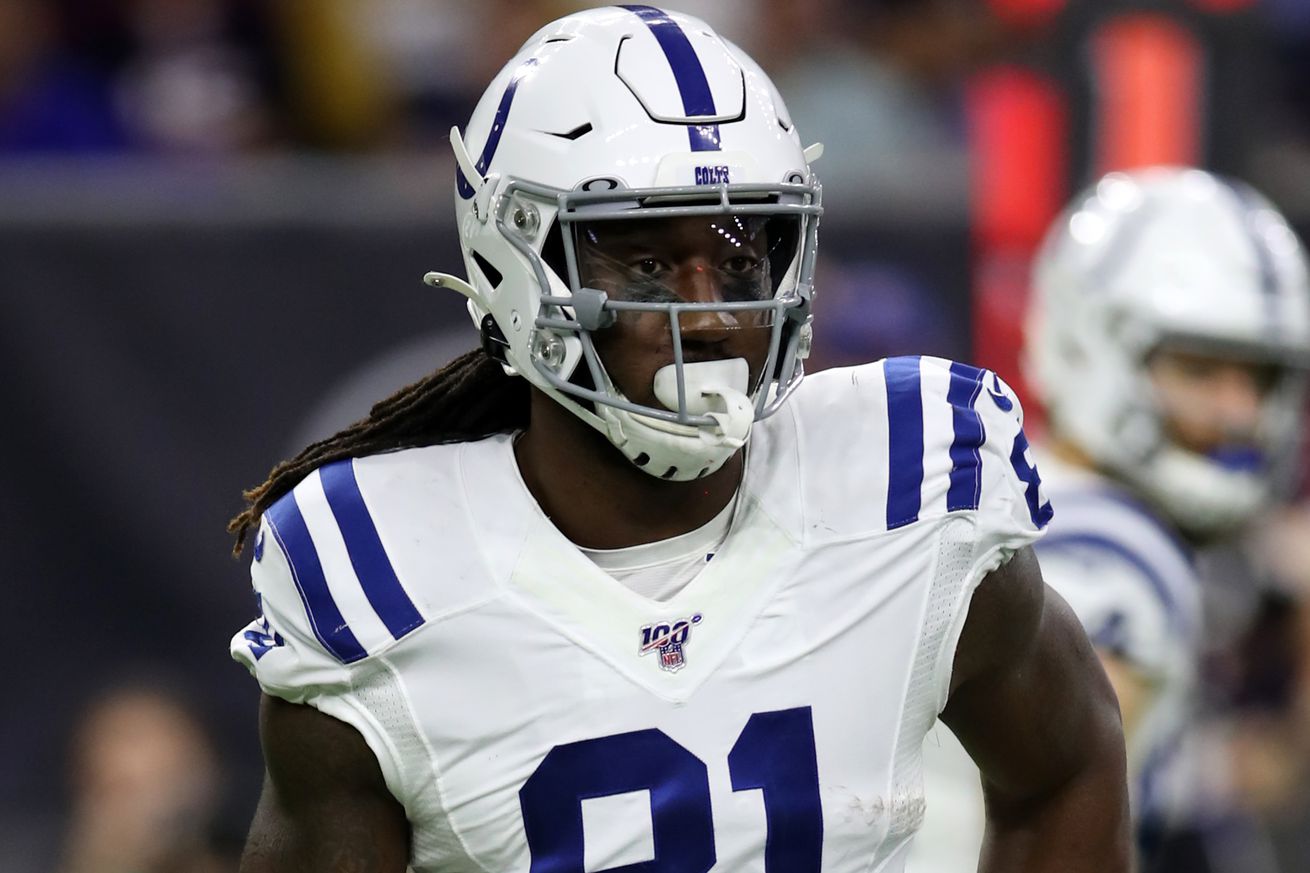 With the uncertainty surrounding the tight end position, could Tampa Bay look to fill that hole through free agency?

The Bucs have not spent many resources at the tight end position in recent years. The last tight end they drafted was O.J. Howard in the 1st round back in 2017. They had Howard pair up with undrafted free agent gem Cameron Brate for a few years before reuniting Tom Brady with his old pal Rob Gronkowski in the 2020 offseason.

The trio of Gronkowski, Howard and Brate made the Bucs tight end room one of the best in the league but now that position faces a lot of uncertainty.

The Bucs could look to add a free agent to the group and someone like Mo Allie-Cox of the Indianapolis Colts could be an intriguing option for the team.

Allie-Cox is one of the more interesting stories in the entire league. He actually was a standout basketball player for Virginia Commonwealth University. He played four years on the team and he did not play organized football since his freshman year of high school. He signed with the Colts as an undrafted free agent in 2017.

After not much production early on in his career, he stepped up in 2020, starting six games and recording 31 catches for 394 yards and and two touchdown receptions. He followed that up in 2021 starting seven games and catching 24 passes for 316 yards and also having four touchdown catches.

Allie-Cox is now 28 years old and scheduled to hit the open market for the first time in his career as a unrestricted free agent.

With Tom Brady retiring, it could be safe to assume that Gronkowski will also ride off into the sunset. Even if Gronkowski does decide to play again, he is a free agent and has even expressed interest in joining Joe Burrow in Cincinnati so it is unclear whether Gronk would even be back in Tampa Bay if he decided to continue his playing career. O.J. Howard is also a free agent and might not be brought back after a five year run that included a lot of inconsistent play and injuries.

With these two slated to hit free agency, Cameron Brate is the only tight end under contract for the 2022 season. Allie-Cox could provide Tampa Bay with someone who has some untapped potential and also give them some more tight end depth.

The Bucs could decide to bring back someone like O.J. Howard who is more familiar with the offense and also a former first round pick who is younger than Allie-Cox. Gronkowski could also decide that he would like to continue his playing career in Tampa Bay, making Allie-Cox someone who would likely rarely see the field.

This is where Allie-Cox could be a really nice option as he will likely not cost that much. His 2021 cap hit was just over three million dollars. He has not become a consistent starter and is more of a role player, so his next contract could be at that same three million dollar number or perhaps a tad more.

The Bucs could be looking for some bargain bin free agents this spring and Allie-Cox could be one of them.

How will Mo Allie-Cox handle a bigger role in the offense? Would the Bucs elect to go with someone who is a bit more experienced since they will likely still be in win now mode?

Would signing Allie-Cox be where the Bucs stop with adding to the tight end room and trying to replace Gronkowski and/or Howard? Could there be another team out there that sees potential in Allie-Cox and offers him a deal that is too rich for the Bucs liking?

Mo Allie-Cox is a great story and the type of hard working player that the Bucs value in their locker room.

The statuses of Gronkowski and Howard are still up in the air, but Allie-Cox could be a good insurance policy should one or both of those players head elsewhere in 2022.

The Bucs tight end room could look a lot different this upcoming season and Allie-Cox could be a part of it.

What are your thoughts, Bucs Nation?