How it’s going for the 2022 Tampa Bay Buccaneers 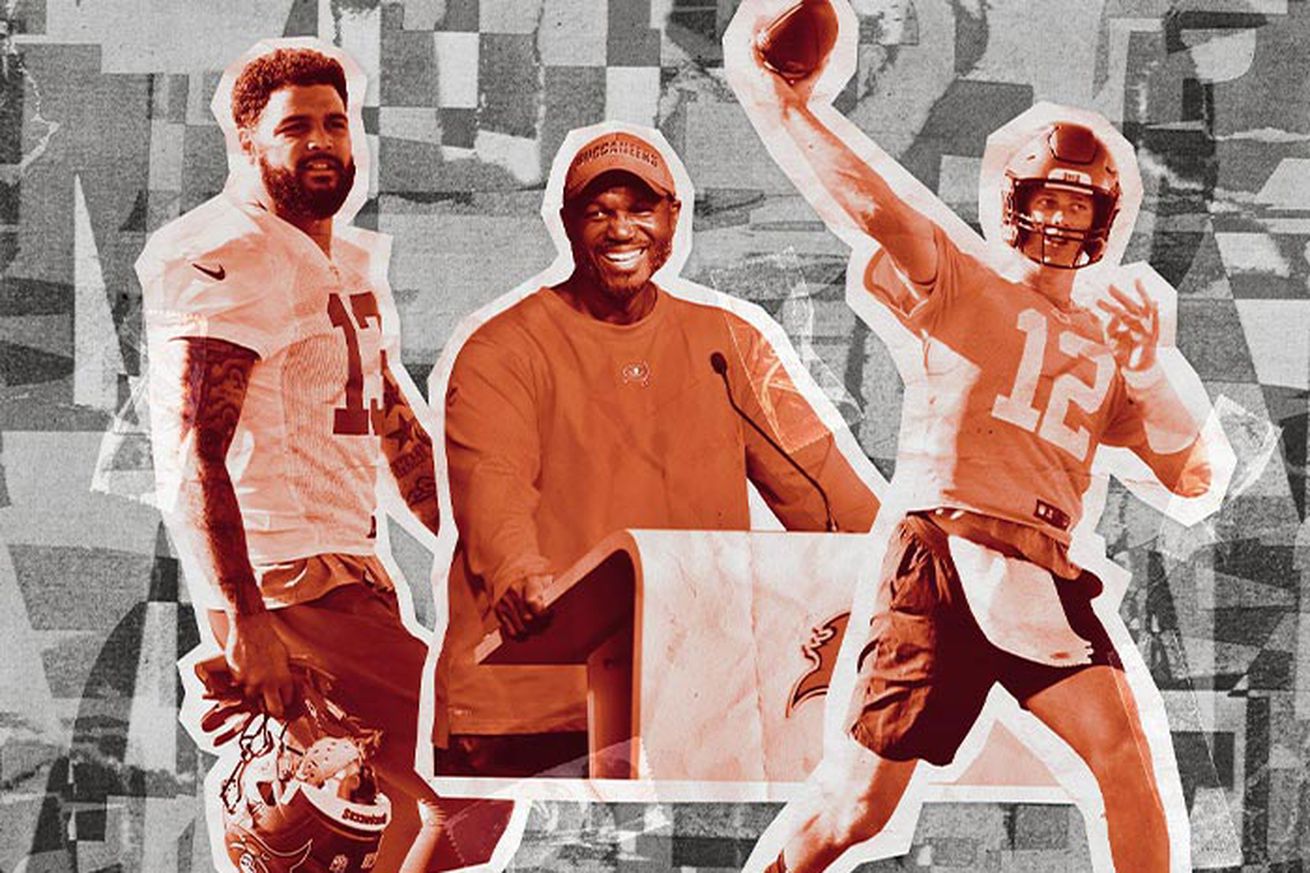 Here’s what to expect as the Bucs march into the season.

The Tampa Bay Bucs’ whirlwind of an offseason brought the team into training camp with lots of optimism. Newcomers have had the team and fan base buzzing with excitement due to the proven veteran experience, while the young guys have shown signs of promise during practices. Preseason has allowed them to showcase their talents, but that has come with some challenges.

Like the rest of the NFL, the Bucs have to make some tough decisions throughout the exhibition period in order to finalize their roster ahead of the regular season, so individual player performances always prove to be an important aspect to finalizing the roster. But that doesn’t mean that there isn’t any drama for them to overcome along the way.

This is how it’s going for the Bucs ahead of their 2022 season.

Tampa Bay did not have luck on its side this preseason period, particularly along the offensive line. As if they didn’t already have to deal with the sudden retirement of young veteran guard Ali Marpet, injuries were also an unwelcome surprise once camp kicked off.

It started with the injury to veteran center Ryan Jensen just days into the team’s practice sessions. Jensen injured his knee one afternoon and never again participated in any of the team practices in camp. The Bucs never made an official statement on the injury nor a timetable for Jensen to return, though he did land on injured reserve to start the season. This meant that second-year guy Robert Hainsey would most likely take the bulk of the snaps at center, and so he did.

Later in camp, during joint practices with the Tennessee Titans, the Bucs lost right tackle Tristan Wirfs to a strained oblique. Again, no timetable on when Wirfs would return, but he did not land on injured reserve.

The injury bug didn’t end there. Guard Aaron Stinnie would go down with a torn ACL and MCL during the Titans preseason game days later. It’s an injury that will sideline him for the entire 2022 season, and an injury that will put a damper on the expectations that he could take over Marpet’s spot in the starting lineup.

Other injured players included wide receiver Mike Evans and Russell Gage, both with hamstrings. Neither injury is expected to be serious. Evans returned to practice the week before the season is set to start, and Gage is reportedly “trending” toward being able to play Week 1.

Outside linebacker Cam Gill was another guy expected to make a name for himself on the Bucs roster this season. He, too, unfortunately suffered an injury during the first preseason game against the Miami Dolphins, and he had to undergo surgery. Gill will begin the season on injured reserve The injury forced Tampa Bay to sign veteran outside linebacker Carl Nassib to the roster.

Many eyes were going to be on guys who were set to battle for roster positions. Names like wide receivers Jaelon Darden and Scotty Miller, defensive back Ross Cockrell, linebacker K.J. Britt, and running backs Giovani Bernard and Kenjon Barner are just several names on a long list of players who needed to perform well this camp and preseason to ensure respective spots on the team’s roster. Those guys certainly had inconsistencies during the month of August and were not as impressive as many had hoped. Cockrell was the only player who didn’t land on the roster; Barner is on injured reserve.

Other players who seem to have impressed via camp practices and preseason games are wide receiver Deven Thompkins (practice squad) and linebackers Olakunle Fatukasi and Cam Gill (prior to landing on injured reserve). All did well in the month of August, earning positive reviews. Outside of Gill’s injury, these guys had a consistent camp and a very good preseason turnout.

Most of the attention, though, may have been pointed toward quarterback Kyle Trask. The second-year quarterback got a lot of reps due to Tom Brady’s absence and a very good amount of in-game action. Overall, Trask had a good camp and some preseason success. Unfortunately, some of it was overshadowed by his stat line against Tennessee when his offensive line played poorly in front of him and his receivers were dropping passes.

There is no true news without quarterback Tom Brady being in it to some degree. Whether he’s setting new NFL passing records or he’s retiring then returning, all Brady-related topics will get extensive news coverage and rightfully so.

Training camp kicked off and the buzz around Brady’s work ethic and performance was off the charts. Discussions of his incredible arm strength at 45 years old were often tossed around, the relationship he already cemented with current and new Bucs receivers was on display, and his presence once again resonated throughout camp as it was evident in how players were performing at practice. But some unexpected news of sorts hit.

Brady was leaving the team for around 10 days, just ahead of the first preseason game against the Miami Dolphins. It was news that was shocking to everyone except the Bucs organization. Head coach Todd Bowles referred to his quarterback’s leave of absence as a pre-approved event the team was aware of before they even started camp. The future Hall of Famer was said to not be ready to return until after the second preseason game in Tennessee. However, things of course got more interesting when Bowles stated that he had no set date for when Brady would return.

How this truly impacted the rest of the roster won’t be known. Plus, Brady is who Brady is. He could probably miss an entire season and set NFL records on the very first game he returns to because, well, that’s what he does. But as for how the rest of the team would be able to build chemistry without him was and will always be the bigger question.

Brady eventually returned during the week that followed the Titans preseason game, as Bowles promised. And now we’ll see how things unfold for the Bucs on the field this season.