Is Leonard Fournette saying his goodbye to the Bucs? 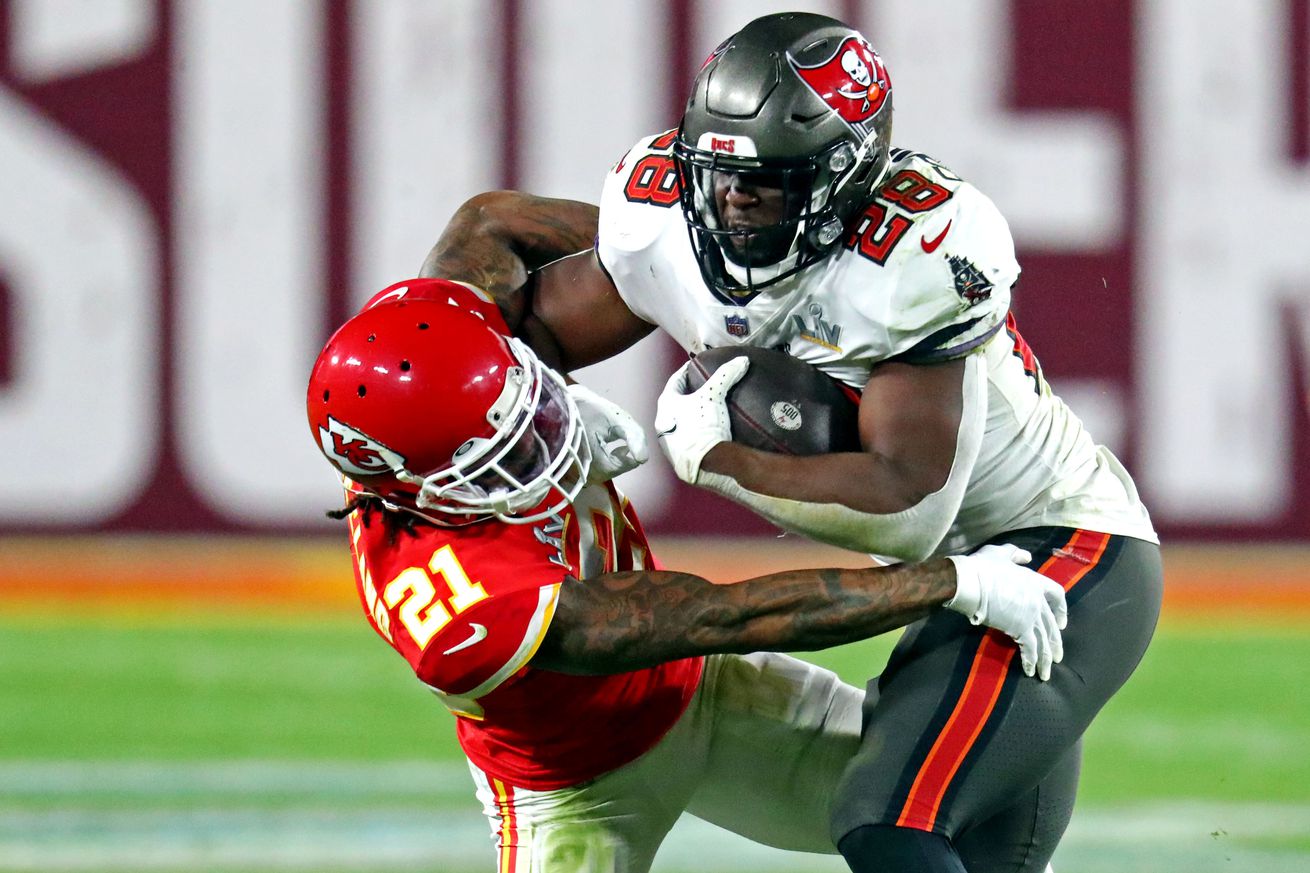 It’s hard to call Leonard Fournette’s two seasons with the Bucs anything short of a career revival.

After being let go by the Jaguars before the 2020 season, the 2017 No. 4 overall pick went on to become a playoff legend in Tampa Bay, helping the team hoist the Lombardi Trophy on its home field in his first season before putting together a Pro Bowl-caliber season in 2021.

But right now, it certainly appears as if Fournette will play football elsewhere in 2022.

Of course, this isn’t surprising, as a quick glance at the Bucs’ cap space and list of priority free agents makes it pretty clear that if Fournette is looking to cash in during free agency, he’ll likely have to do so elsewhere. There may have been some kind of outside shot that “Playoff Lenny” would return to Tampa with a new contract, but a quick social media check gives the impression that Fournette might be headed elsewhere when free agency officially opens up next week.

First, it was a Tuesday afternoon tweet from Fournette:

No matter what happens i know God got me fasho………

Granted, there isn’t a ton there other than Fournette’s reassurance that everything will work out for him. But over on his Instagram, things were more reflective on Tuesday night. His post felt like somewhat of a farewell, if you’re the type to read between the lines:

Of course, in the age of social media, every little post can be blown out of proportion. Fournette very well could be looking back on his two years in Tampa with gratitude before heading into what might be a whirlwind of a week as free agency begins. It might not be anything more than that. But it could be the case that the 27-year-old-running back knows what he wants and is aware of the Bucs’ situation, leading him to believe the writing is on the wall regarding his future.

What do you think, Bucs Nation? Will Fournette be playing ball elsewhere in 2022? We’ll find out soon enough.