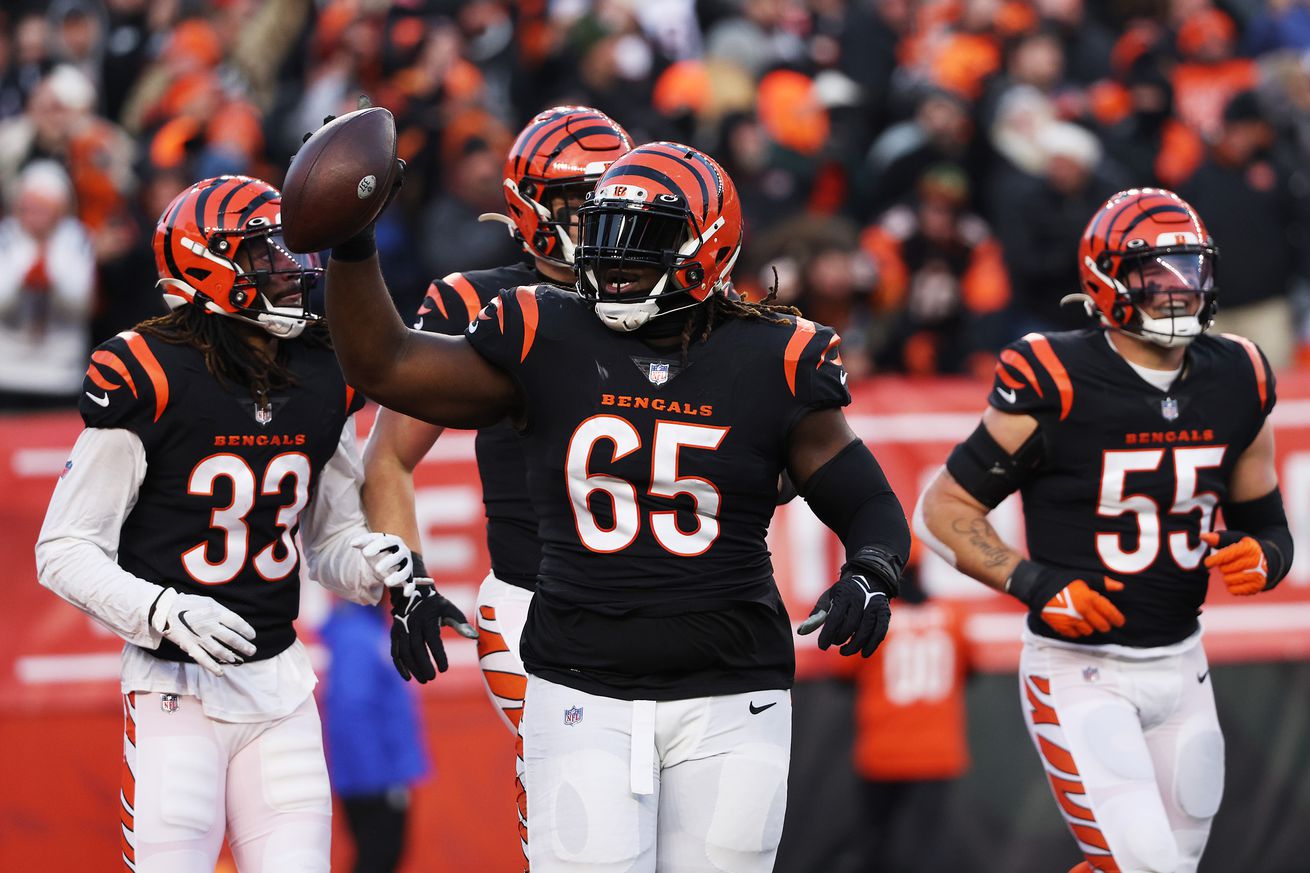 From one Super Bowl contender to another, could this Bengal change his stripes in 2022?

While Vita Vea should be around to anchor the Tampa Bay Bucs defensive line for a long while, the two spots next to him could be empty if the team fails to retain either William Gholston or Ndamukong Suh.

As the next player in our free-agent spotlight series, we take a look at the player, and how he may fit into the future plans of the Tampa Bay Bucs.

Drafted in the third round of the 2017 NFL Draft out of Charlotte, Ogunjobi got his start – and has played all five of his professional seasons in the state of Ohio.

His first four seasons were spent with the Cleveland Browns, where he started 15 or more contests in three of them.

Starting 16 games, he racked up seven sacks and 16 hits on opposing quarterbacks. Both career highs.

Unfortunately, he also suffered a foot injury in his team’s playoff win over the Las Vegas Raiders. And it cost him a chance to play in the Super Bowl.

Ogunjobi’s specialty is pass rushing. While his run defense is somewhat suspect, the man knows how to get through offensive lines and into the backfield.

In fact, it’s not a far stretch to think if he had been healthy in Los Angeles, the Bengals may have come away with a close win instead of a narrow defeat getting to use him and B.J. Hill, together.

The Bucs know they need better penetration on pass plays from the defensive line.

Getting it would force teams to play more honestly against outside rushers like Shaquil Barrett, and open up more avenues to attack for linebackers, Devin White and Lavonte David.

Players like Ogunjobi don’t just produce by themselves, they help others around them get free as well.

Ogunjobi cost just over $6 million against the cap for the Bengals in 2021, and his career highs and impact won’t make him cheaper.

The fact Hill was effective after Ogunjobi was injured will help get him to the open market, so the easy part should be done for Tampa.

However, as splashy as he can be, Ogunjobi makes a point of getting those plays, leading to surrendering big plays as well.

This is a practice Todd Bowles and his staff will either have to fix, or accept and anticipate, if the team brings him on board.

Perhaps the fact his previous team appears likely to let him walk without much effort in re-signing him will help the Bucs come negotiation time.

However, as mentioned before, his career highs will make him a player many will see as being on the rise. Even with his ankle injury, his price tag won’t likely go down, so $7 million or more on average per year is more than possible.

Do the Bucs view Ogunjobi as a potential full-time starter next to Vita Vea? If he’s just a rotational pass rusher, then the cost of doing business may be a bit high.

Although, if the team really sees an interior pass rush as one of their offseason priorities, there’s no reason to think they won’t at least invite the 28-year old (when the season starts) in for a conversation.

How important is an interior pass rusher to you?

Should the Bucs nail him down as soon as possible, or is it realistic to think they can find help elsewhere?

We can’t make the decision for Jason Licht and his staff, and we can’t tell you what to think about him either.

So you tell us…