Jimmy Garoppolo and the Buccaneers should not happen 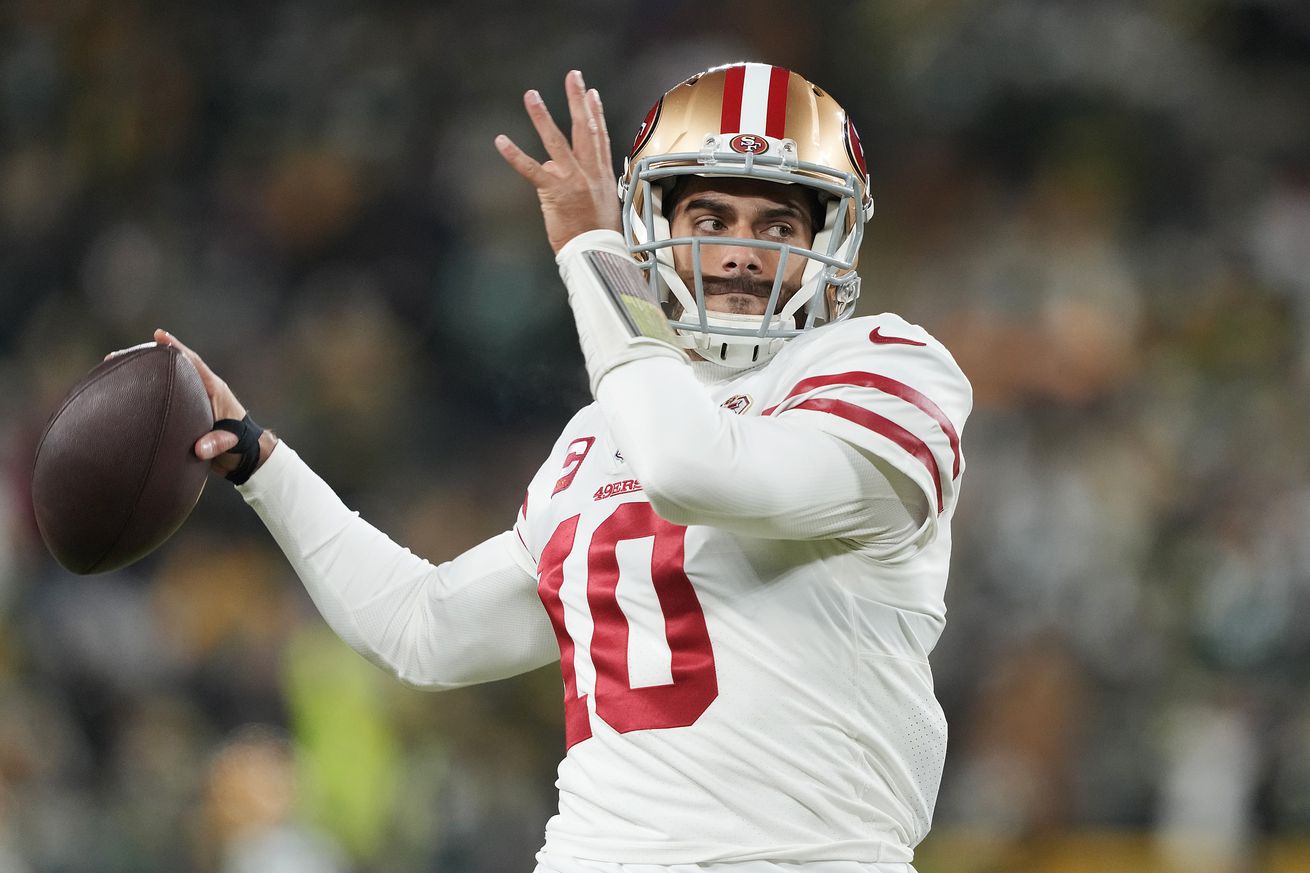 After some interesting rumors began swirling over the weekend, we look at how this match isn’t a good one

By now, many have heard or seen the rumors about the Bucs’ alleged interest in acquiring San Francisco’s quarterback Jimmy Garoppolo to come in and back up Tom Brady this season before taking over as the starter once Brady walks away. This all started thanks to former Bucs and Tampa radio personality Dan Sileo who said that he knows Garoppolo’s agent, Don Yee, and that he was hearing that the Bucs “would love to have Jimmy G in Tampa as their heir apparent.”

Now, Rick Stroud of the Tampa Bay Times was the first to try and put out this fire by tweeting a rebuttal to the alleged interest;

Um. Not a chance fellas. As one Bucs coach told me, “If (Garoppolo) could throw a deep ball, he would’ve won two Super Bowls already.”

Then, on Monday, there was a denial from Yee himself saying this report wasn’t true;

I asked #49ers QB Jimmy Garoppolo’s agent, Don Yee, about Garoppolo’s shoulder, the status of trade talks and a radio host’s recent comments that the #Bucs had reached out about acquiring Jimmy G as the heir apparent (again) to Tom Brady. Yee’s response: pic.twitter.com/kINdUZR9qK

In typical Sileo fashion, he was sticking to his story and mostly just wanted the attention he was getting;

Look at @FS1 @undisputed talking #BigSilz story on @jimmyG_10 to @Bucs to back @TomBrady up!! #GoBucs #FTTb #NFL pic.twitter.com/6oM5WpG7Uw

Beyond all of that, however, Jimmy Garoppolo to the Bucs is a bad idea anyway. For starters, you’re asking the Bucs to figure out how to take on his $26.95-million dollar cap hit when they only have about $12-million is space is bad enough. Of course, with an extension you can lower the initial hit to fit him into this year, but that doesn’t leave you much wiggle room down the line if say, oh, a certain tight end decided he didn’t want to actually retire and he comes back for a playoff run. Or just getting a veteran tight end to add to the room. Or any in-season free agents they need due to injury.

Second, the whole dynamic of the backup situation. I get that Garoppolo doesn’t want to be a backup but that certain circumstances – like him not being ready for the season and getting to be on/take over a Super Bowl contending roster next season – make it a little easier to digest. However, if he was going to accept a backup role, it’s just as easy to stick it out in San Francisco for the season then hit the open market next year to see how he’s valued as a starter around the league.

Most importantly, he doesn’t work with the Bucs. It was a different conversation when Tom Brady had retired and the Bucs were stuck in a bad situation with little-to-no good options. Now, Brady is back and they don’t need to force a trade for a player who can’t do what his offensive coordinator wants him to do. Byron Leftwich came from the school of “No risk it, No biscuit” with a high-octane, air raid style offense that Jimmy G just doesn’t fit in. As Stroud pointed out, one of the Bucs coaches even said that if Garoppolo could throw the deep ball he would already be a multiple Super Bowl winner.

If Tampa wants to pursue Garoppolo, they can do so in free agency after the 2022 season. There isn’t a big market for backup quarterbacks making over $26-million dollars this season and as we saw with the Baker Mayfield soap opera – not all quarterback needy teams are lining up to make these trades. Some would rather take their chances in the next draft than pay what some of these quarterbacks are going to cost.

From the jump, a trade for Garoppolo at this stage in the off-season didn’t make any sense. Just like a trade for Mayfield to backup Brady and become the heir apparent didn’t make any sense. What we had here was a classic case of attention seeking and, to his credit it worked – but this didn’t have any legitimate legs nor should it. It’s a bad idea for everyone involved except the 49ers who would unload that contract and potential distraction if Trey Lance struggles this season.