Rob Gronkowski makes it clear that he’s done with football 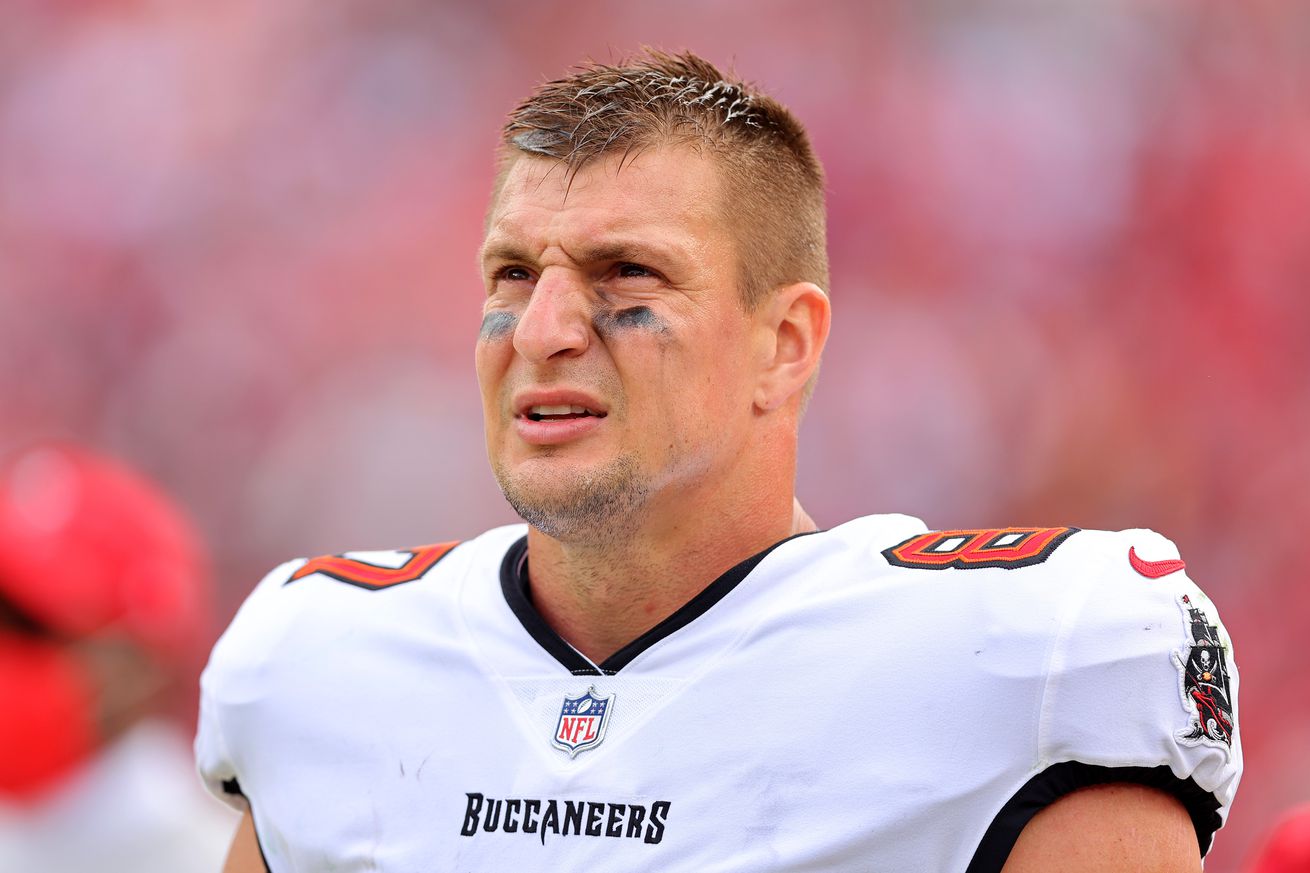 For all those hoping that Rob Gronkowski was going to pull a Tom Brady and cancel his retirement, it may be time to give that up. Or maybe you were hoping around Thanksgiving, he would spring into action like Iron Man, coming to save the day and help the Bucs on another Super Bowl run. Welp, that doesn’t appear to be happening either.

When working at a promotional event for his new business venture – Ice Shaker Bottles – Gronk was asked about his decision to retire and if there was any chance he could be swayed to return;

Rob Gronkowski on his transition from football to business, and declaring he will remain retired even if Tom Brady calls … this morning at @iceshakerbottle event in Boston. pic.twitter.com/8pHAOufklX

“I’ll come back to tailgate. Yeah, I’m done with football. Y’know, I love the game and I’m definitely blessed with all the opportunities the game of football has given me and the relationships I’ve made obviously here in New England for nine seasons then down in Tampa for two. But no, I’m done with football and I’m stepping my feet into the business world, the business ventures just to see what’s out there and where I can find my place.”

And if Tom Brady is the one calling?

“I would answer, obviously. I would answer the greatest quarterback of all time and ask him how he’s doing and tell him I’m doing good – but I wouldn’t go back to football.”

Maybe it was the rib injuries that kept him sidelined for so much of the 2021 season that made for a stark reminder of how difficult it’s been for him to stay healthy in his career but it appears as though Gronk is at peace with his decision and excited for the next chapter in his life.

And if that is the case, I don’t think Bucs fans are going to be too disappointed when they look back on what Gronk brought to this team over the course of his two seasons in Tampa.