Mayhem in Munich: Bucs take down Seahawks in an international bout 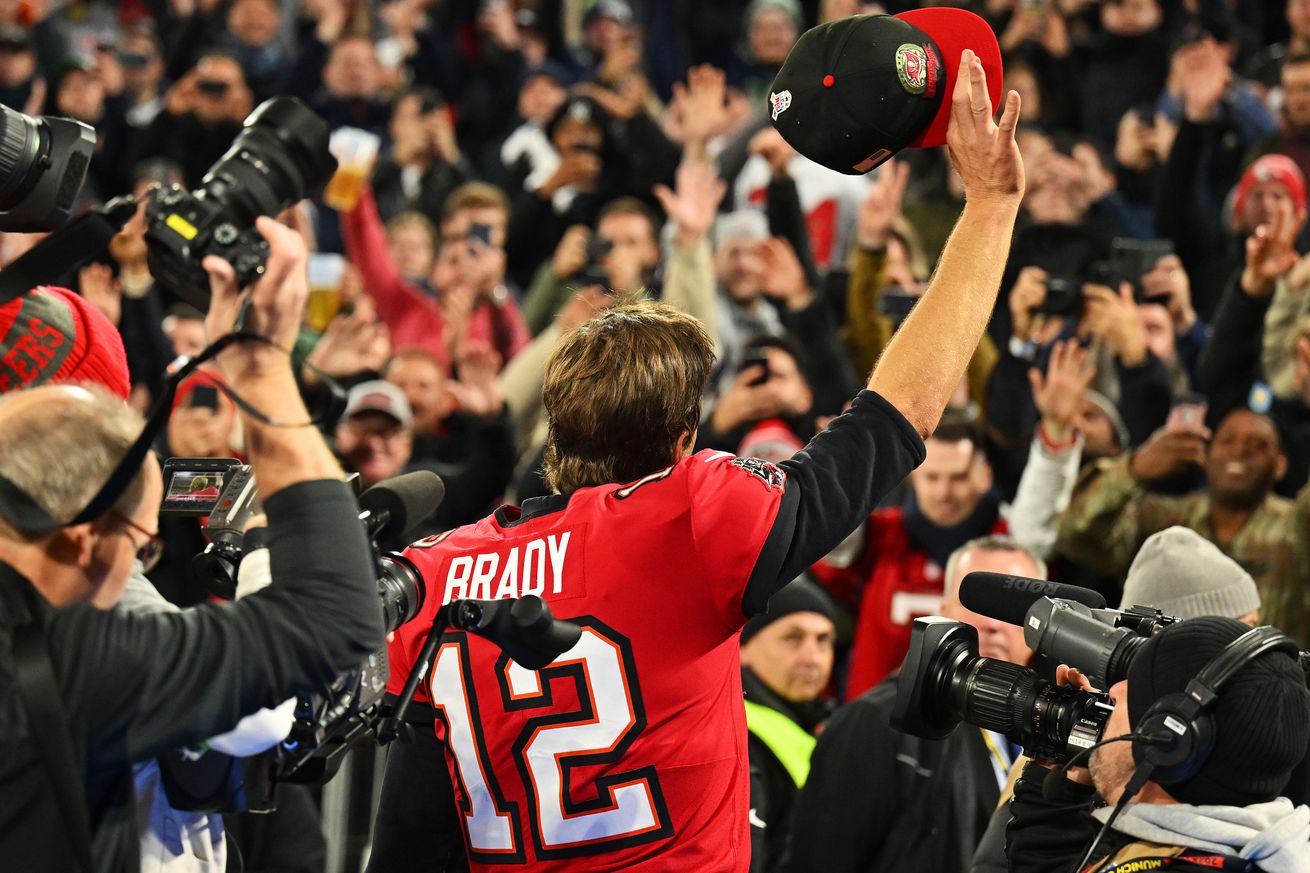 The Bucs depart Munich with their second win in a row heading into their bye week.

The Bucs took their season overseas to try and carry their momentum from last week to Germany and manifest a second straight win for the first time since the beginning of their season.

Tom Brady came into the game undefeated in international outings while the Bucs had never won a game in which they left the U.S. so something had to give. What gave was great. Like a dam backed up to the point of bursting Tampa Bay’s running game finally exploded onto the scene. Geno Smith and the NFLs surprise team of 2022 were left as tread marks in Munich as the Seattle Seahawks defense was run over in Munich.

When the Bucs lace up their cleats on game days it comes with expectations for both the team and players individually. Expectation and reality don’t always follow the same curvature. Here’s:

Chris Godwin- The Bucs have a lot of talented players spread out across their roster, however there may be no more talented group than the Bucs’ receiver room. Atop that talent sits Mike Evans, of course, not far beneath is homegrown former third round draft pick Chris Godwin. Coming off major knee surgery, Godwin hasn’t had his most productive season, but with each week he continues to look more and more like himself. Godwin scored his first touchdown of the season while leading the Bucs in receiving.

Ryan Succop- A few seasons ago it would have been lunacy to say that the Bucs have had a reliable kicking game, but it’s the truth. Ryan Succop has been as steady a kicker as any in the league. When the Bucs managed an early drive into Seahawks territory Tampa was unable to finish with points when Succop missed his first field goal attempt of the day. The kick, if made, would have given the Bucs a three possession lead. Succop has proven he is deserving of the benefit of the doubt, kicking in an unfamiliar stadium, in a foreign country, isn’t the easiest task, still a missed kick is not what you want to see.

Leonard Fournette’s passing- In an extremely unexpected entry on the list, Leonard Fournette threw a pass. To the surprise of nobody, it did not go well. Fournette had some good plays running the ball since that is his role as a running back, but as a passer he did not have a good showing.

Tampa Bay Bucs run defense- Last week the Bucs, uncharacteristically for 2022, had a good outing stopping the run. The success was relatively unaccommodated due the putrid rushing offense they were matched up against. The Seahawks rushing attack is one to be respected and the Bucs actually looked like the Tampa Bay rushing defense of old. The Seahawks were held beneath 40 yards on the ground.

Julio Jones- There was a Julio Jones sighting in Munich. The Bucs wide receiver has had a relatively quiet season so far, mostly due to hampering injuries. The vet showed up as an early contributor for the Bucs. Jones totaled 53 yards and his second touchdown of the season.

Tampa Bay Bucs run game- Tampa Bay managed to surpass their season average in yards per game, in the first half. Nobody is going to confuse the Bucs backs with Derrick Henry, Saquon Barkley, or the like but when they are able to churn out some consistent yards on the ground the Bucs’ offense looks like a completely different unit. The Bucs even added a new wrinkle, with some Wildcat (Let’s not talk about the pass). Today showed just a little bit of a rushing attack can significantly help Tom Brady and the Bucs passing game come alive. Tampa’s offense found big plays and early points, not something the 2022 Bucs have been accustomed to. Tampa Bay finished the day with over 160 yards rushing, it was the first time since week one they were able to get over 100 as a team.

The Bucs made NFL history with the first win in Germany. The Bucs made team history with the franchises’ first international victory. Tom Brady with a personal record became the first player with wins in three different countries outside of America. A lot of history was made in Tampa’s 21-16 victory, most importantly the Bucs are heading into their bye week riding a two-game win streak and the most momentum they have had in weeks.