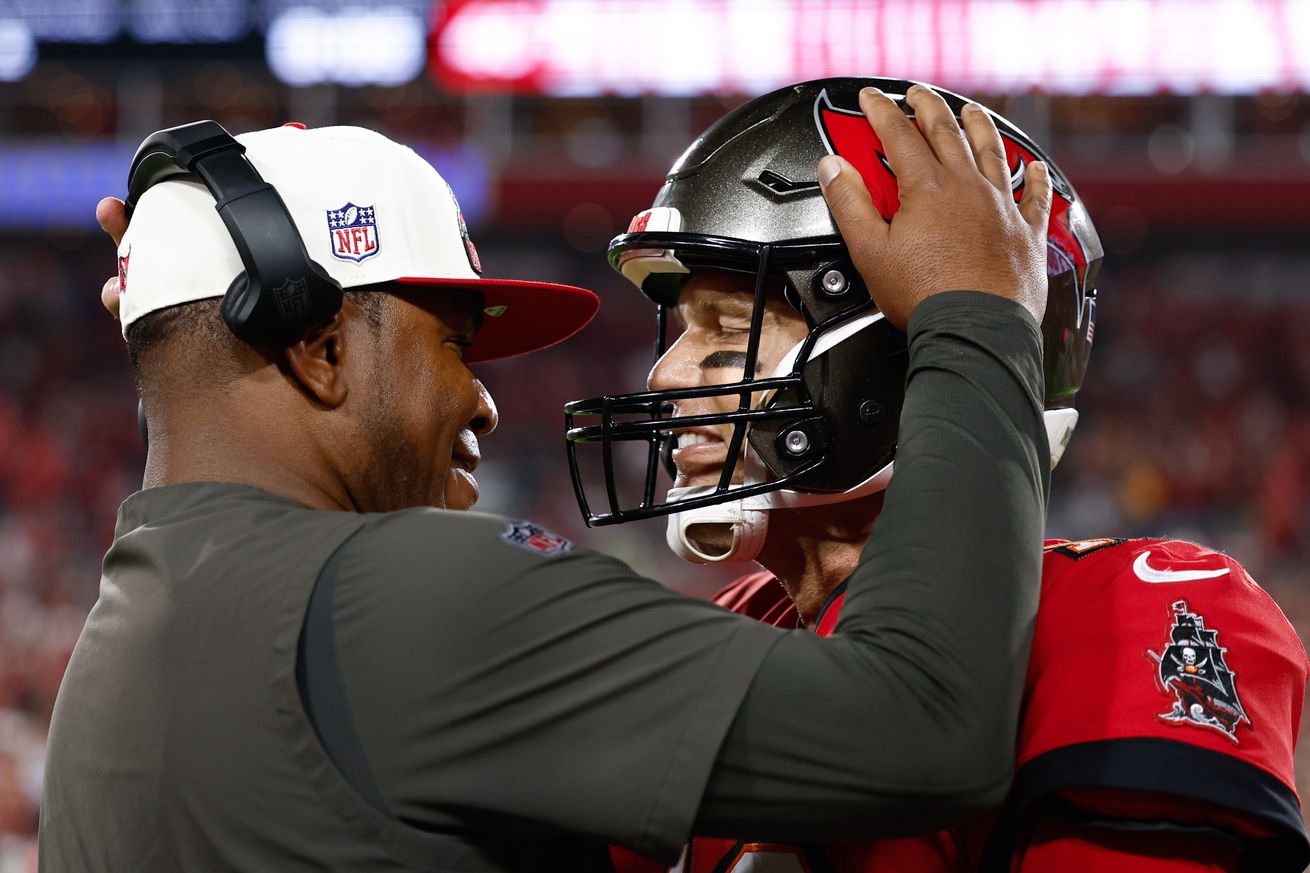 – Tampa Bay defeated the Saints for the second time this season, marking the first time since 2007 that the Bucs have swept the Saints in the season series. Tampa Bay overcame a 13-point fourth quarter deficit, which matched the largest fourth-quarter comeback win in regulation in franchise history, joining 10/6/91 vs. Philadelphia (trailed 13-0, won 14-13). The Bucs trailed 16-3 with 5:34 remaining in the game, good for a 0.7% chance of winning according to Amazon’s Next Gen Stats. The come-from-behind victory is the fourth-most-improbable win by a team in the Next Gen Stats era (2016).

– Tom Brady threw a go-ahead six-yard touchdown pass to Rachaad White with three seconds remaining to give the Bucs a 17-16 victory over the Saints. It marked Brady’s 44th career fourth-quarter comeback, breaking a tie with Peyton Manning for most all-time. It also marked Brady’s 56th career game-winning drive and his 40th career comeback win when trailing by 10-or-more points, both of which are the most in NFL history. The 13-point deficit marked the largest regular season fourth-quarter comeback of Brady’s career. Per ESPN Stats & Info, Brady’s game-winning pass with three seconds left marked the latest game-winning touchdown pass of his career.

– Brady completed 36-of-54 passes for 281 yards and two touchdowns. Brady has thrown multiple touchdown passes in three straight games, tied for the fourth-longest active streak in the NFL. Brady’s 5.33 touchdown-to-interception ratio is the second-highest in the NFL this season, trailing only Philadelphia’s Jalen Hurts (6.67).

– Mike Evans hauled in four receptions for 59 yards. He surpassed Shannon Sharpe for the 50th-most receiving yards in NFL history.

– Leonard Fournette finished with a team-high 81 yards from scrimmage, logging 10 carries for 49 yards and snagging six receptions for 32 yards. He surpassed Gary Anderson for the seventh-most receiving yards by a running back in franchise history. His 49 receptions this season rank fifth among all running backs.

– Cade Otton recorded a season-high-tying six receptions for 28 yards and a touchdown, good for his second career touchdown. He leads all rookie tight ends in receptions and ranks second in receiving yards.

– Tampa Bay’s opening scoring drive amassed 16 plays and 8:35 of game clock. It marked Tampa Bay’s longest drive of the season by both number of plays and time of possession.

– Lavonte David led the Bucs with 12 tackles (two for loss), adding one sack and one quarterback hit. David became the fourth player in the NFL this season to log 12-or-more tackles, two-or-more tackles for loss and one-or-more sacks in a single game. It marked the third time in his career he has reached those benchmarks, the most such games in franchise history.

– Carl Nassib sacked Andy Dalton for an 11-yard loss. It improved Nassib’s season sack total to 3.5 and his career sack total to 25.5

– Tampa Bay yielded 16 points on the night, lowering their opponent points per game average to 18.3, good for fifth-fewest in the NFL this season.

– The Bucs finished with two sacks, improving their season total to 38.0, good for fourth-most in the NFL this season.

– Ryan Succop opened the scoring with a 21-yard field goal, his lone field goal attempt of the night. He added a pair of PATs for a total of eight kicking points. Succop’s field goal marked his 24th made field goal this season, tied for fourth-most in the NFL.